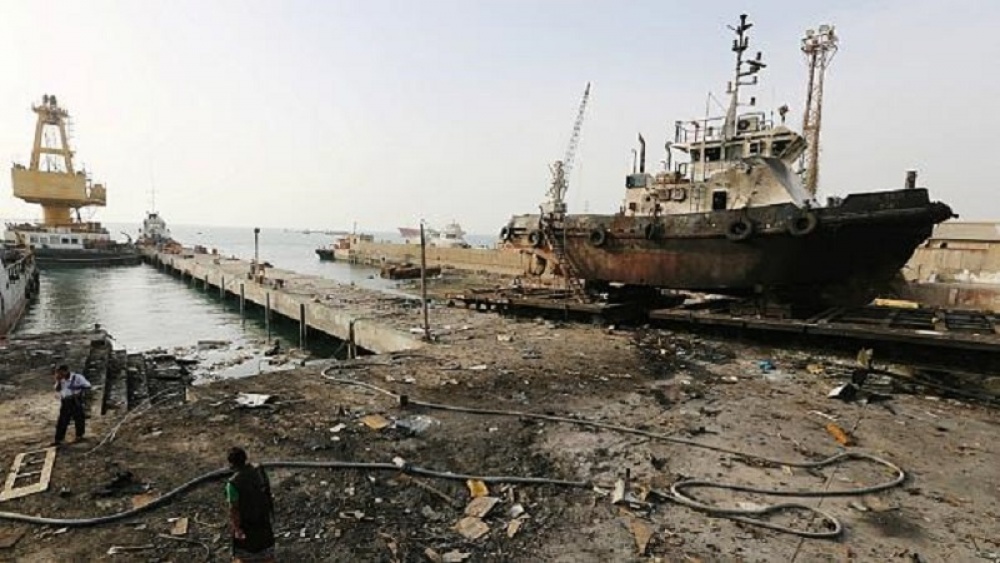 The recent and ongoing Saudi-Emirati offensive on the Yemeni port city of Hudaida will render UN special envoy Martin Griffiths’s ‘new’ solution to the five-year-long Yemeni crisis difficult to implement. The partial success of the Hudaida offensive has already emboldened the UAE to demand the return of the city to troops aligned to Yemen’s president Abd Rabbuh Mansour Hadi. As Griffiths engages the different players, it is likely that the Houthi, who currently control the port city, will be willing eventually to hand Hudaida over to a third party. Griffiths alluded to this when he referred to his meetings with Houthi officials as ‘fruitful’. This despite the group’s initial rejection of the envoy’s proposal. Clearly, the devastating military hardware supplied by Saudi Arabia and the UAE confronted the group with insurmountable odds, and it has reevaluated its position.

Griffiths will, however, likely face pressure from Saudi Arabia and the UAE, which insist that Hudaida be transferred to their direct control, and that UNSC resolution 2216, which calls for Houthi disarmament, be the basis for negotiations. Their belligerence is fuelled by the lack of consequences for their offensive, which has been condemned by the United Nations and most global powers.

Before the Hudaida offensive commenced on 12 June, Griffiths had been meeting roleplayers in an attempt to formulate an enduring solution to the current impasse. His solution closely resembledthe 2016 Kuwait and Kerry initiatives, and called for a ceasefire that would end with the disarmament of the Houthi. The major difference between his proposal and the other two was that he proposed a unity government be formed before disarmament. Other issues, including reconciliation, the status of southern Yemen, and the holding of elections were to be decided in a second phase. Disagreements over the ceasefire and the handover of Hudaida to a third party aborted his initiative. Saudi Arabia and the UAE had previously insisted that the port be handed over to a third party without commensurately agreeing to lift the blockade on Sana'a airport. Significantly, UNSC resolution 2216, adopted in April 2015, ratified Hadi as Yemen’s president and advocated Houthi disarmament and withdrawal. This resolution remains skewed and unrepresentative of the balance of forces, but Saudi Arabia and the UAE insist on it as a basis for negotiations, thus ensuring that no initiative can succeed.

Hudaida is a strategic port through which northern Yemen receives over seventy per cent of its aid; the Saudi coalition has been plotting its capture for two years. The plan to take the city is consistent with the UAE’s recent attempts to secure controlof ports along both the Asian and African sides of the Red Sea. In Yemen alone, Abu Dhabi controls the port of Mukallah, Mocha and Aden, and has significant influence in Socotra; in the Horn of Africa it controlsthe ports of Assab (Eritrea), Berbera (Somaliland/Somalia) and Bosaso (Somalia), and had previously attempted to control Djibouti’s main port.

Fearing that Saudi-Emirati control of Hudaida would halt aid to northern Yemen, the international community had previously scuppered an attack on the city.  Significantly, even the USA, in Donald Trump’s first year as president, refused to endorse the operation, and refused to supply Saudi Arabia with military hardware required to detect and remove sea mines and land-sea missiles that have prevented Saudi-backed forces from being able to amphibiously dock in the port.

However, on 12 June, Saudi- and Emirati-supported troops commenced their operation to capture Hudaida, despite warnings from the UNSC, which condemned the offensive and unsuccessfully attempted mediation talks the day before. Worryingly, Saudi Arabia and the UAE forced Yemen’s exiled president, Hadi, to endorse the offensive when it seemed that the international community would not. Under duress, he supported it, believing that his failure to do so would not halt UAE actions, but would, instead, allow the Emiratis to control Hudaida in the same way that they control Aden. Hadi’s lesson from Aden goes back to January when UAE-supported forces routed troops aligned to him. In February 2017, the UAE even forcefully prevented Hadi, a southerner and the internationally-recognised president of Yemen who the UAE supposedly supports, from returning to the region.  He was allowed to enter Aden only four months later, on 14 June, after his acquiescence with the Hudaida offensive.

Griffiths has travelled to Sana'a twice in the past two months – between16 and 20 Juneand from 2 to 4 Julyin an unsuccessful attempt to secure a ceasefire. His proposal to broker a solution, including the handover of Hudaida to a third party, was accepted by the Houthi in June, even though they publicly rejected it. Although the group’s support is largely intact, its lacks the military hardware, especially airpower, to contain Emirati- and Saudi-backed forces, allowing them to rapidly capture Hudaida’s airport. Houthi fighters are attempting to stall the offensive through guerrilla tactics. Their leaders realise the asymmetry of forces, and will likely accept a solution which allows them a stake in governance and allows them to keep their weapons. They unsuccessfully proposed a second ceasefire offerfollowing Griffiths’s June visit, offering to surrender the whole of Hudaida to the UN in return for Houthi fighters being allowed to remain. This was rejected by Hadi. The UAE and Saudi Arabia are unwilling to accept any solution that will allow the Houthi to maintain their arms. Further, they have demanded that Hudaida be transferred to Hadi, rather than accepting third party control. The ‘pause’ in operations during Griffith’s recent visit was thus an attempt by the Saudi-UAE coalition to allow him the space to convince the Houthi to capitulate, and has little to do with the flow of aid. Significantly, it was the UAE, not Hadi, that announcedthe ‘pause’, clearly indicating its oversized influence in the conflict.

The Houthi still control most of northern Yemen, including the capital Sana'a, where the majority of the country’s population resides. Moreover, the group’s ability to use guerrilla tactics will ensure that recapturing territory will be a protracted process for the Hadi-Saudi-Emirati coalition, especially since northern Yemen is mostly mountainous. Even in Hudaida, UAE-backed forces are seeking to avert street battles, which would result in a large number of deaths. The UAE ‘pause’ is thus both tactical and strategic.

Despite global criticism of the Saudi-Emirati offensive, there have been no concrete consequences for their actions, which will likely embolden them further. Even the USA, which previously had cautioned against the offensive, now tentatively supportsit. With the capture of Mukallah and Mocha, Saudi- and UAE-backed troops no longer required equipment to detect and remove sea mines and to counter land-to-sea missiles since they are able to travel on land along the coast. Additionally, the defection of troops aligned to former president Ali Abdullah Saleh from the Houthi to the Hadi camp, opened another front against the former. Abu Dhabi also countered concerns that a siege of Hudaida will prevent aid from reaching northern Yemen by sending aid, instead, overland through the UAE. The blockade on Hudaida thus also has economic benefits for the UAE.

Griffiths’s initiative, based on a leaked draft, fails to adequately address Yemen’s complexities. His travels in the past few weeks indicate that he has been forced to adopt a piecemeal approach to find common ground. This too has largely failed owing to Saudi and UAE intransigence, which will likely intensify if Hudaida is handed to Hadi. A solution for Yemen needs to be holistic, allowing for the parties to agree on sets of measures simultaneously in an attempt to catalyse compromise.

In his 18 June report to the UNSC, Griffiths promised that a new peace plan would be presented in July. However, the new situation will render it difficult for him to formulate a solution acceptable to both the Hadi and Houthi coalitions. Further, the leaked plan does not account for the many smaller conflicts within Yemen’s larger milieu.

In addition, the Saudi-UAE rejection of the UN process illustrates how little influence Hadi has in the conflict. Indeed, while he is touted as the recognised president, he is increasingly marginalised. The UAE’s increasing support for Tariq Saleh, nephew of former president Ali Abdullah Saleh, could result in Abu Dhabi having him play a role similar to that of Khalifa Haftar in Libya, to ensure that the conflict endures, especially since Saleh’s rise will further pressure the already-fragmented Hadi coalition. Southern Transitional Council (STC) officials, based in Aden, have acknowledgedthat a battle for southern independence will likely commence after the Houthi are defeated. It is probable that Abu Dhabi will continue supporting the STC to secure control of the country’s Red Sea ports, most of which are located in southern provinces.