Yemen: Death of the snake dancer 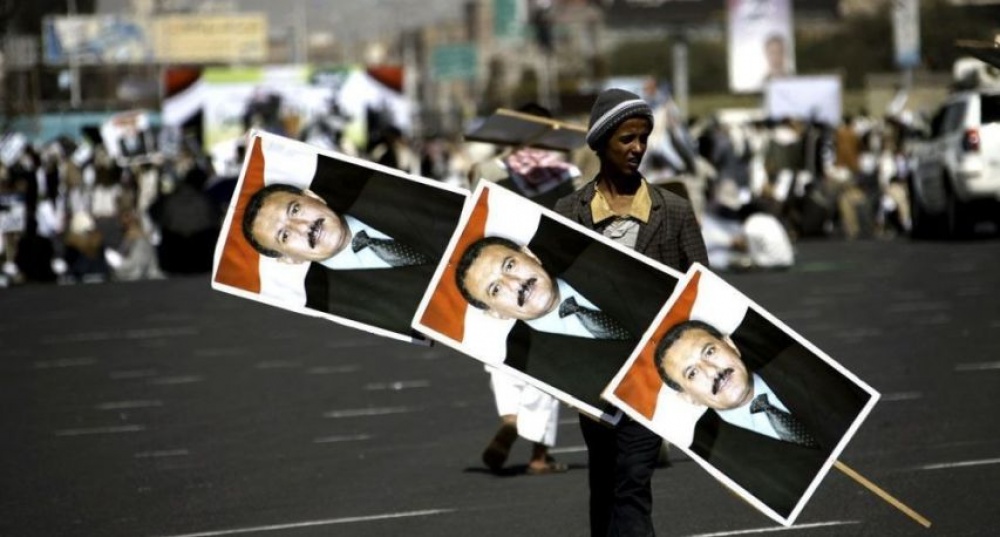 The 4 December death of former Yemeni president Ali Abdullah Saleh, at the hands of his former Houthi coalition partners, is a culmination of the differing interests that informed the coalition’s initial inception, and alludes to the intractable and unwieldy nature of the conflict’s many belligerents. Saleh’s death foreshadows further fragmentation of the warring coalitions, and is likely to ensure that ‘smaller’ wars transpire in the country’s northern highlands in addition to the existent southern conflicts. In addition, the rapid consolidation of the Houthi in Sana'a represents a blow to Saudi Arabia’s attempts to extricate itself from the unwinnable Yemeni quagmire and the UAE’s intention to support regional strongmen in an attempt to contain participatory Islamists.

Having once equated the task of governing Yemen to ‘dancing on the heads of snakes’, Saleh’s death was the result of his incessant duplicity, which saw him fight six wars with the Houthi between 2004 and 2010, with limited success, yet later successfully enticing them to unite with him in efforts to force the Abd Rabbuh Mansur Hadi government out of Sana'a in 2014. Prior to this Saleh emerged victorious in two civil wars between Yemen’s South and North; angered the USA by not supporting the 1991 Gulf War, but then received US support for his claimed role in the ‘global war on terror’; and withstood the 2011 Arab uprisings, in which he survived a failed suicide bombing in 2011. At the heart of Saleh’s actions was his belief that he alone could only hold Yemen together, and that the November 2011 Gulf Cooperation Council Initiative, negotiated by GCC states in an attempt to contain the Yemeni uprising from initiating real change, had betrayed him. Under the initiative, Saleh received immunity in return for his transfer of power to his then deputy, Hadi. He remained in control of the General People’s Congress (GPC) and was allowed to remain in Yemen, although he was forced to cease his attempt to transfer power to his son Ahmed Ali Abdullah Saleh. Saleh’s thirty-three years in control of Yemen had allowed him to entrench alliances with the country’s disparate military, civil and tribal elements, and he remained in de facto control over the elite Republican Guard and tribal leaders in the North. His acquiescence was thus imperative in ensuring the success of the Houthi takeover of Sana'a; Republican Guard forces refused to halt the Houthi move southward, especially in Sana'a and Abyan.

However, the partnership between Saleh’s GPC and the Houthi was bound to fail in light of their differing agendas, and was mainly a ‘marriage of convenience’. At the time, both Saleh and the Houthi were aggrieved at being left out of governing following the implementation of the GCC initiative. Despite having a place at the national dialogue conference between March 2012 and January 2014, which intended to chart a path forward for the country, both quickly realised that a Hadi-Islah coalition still controlled the day-to-day running of the state.

The Houthi remain sceptical of the GPC in light of their history of opposition, while many in the GPC oppose the Houthi’s religious fervour. The alliance was thus tactical; both sought to extend their influence by creating parallel governance structures. Already in February 2015 Saleh criticised the Houthi decision to dissolve the then government, and in March that year, Houthi–GPC conflict erupted over control of the Raymat military base in Sana'a. The subsequent Saudi coalition aerial intervention in March 2015 only served to postpone this inevitability.

Tensions had since increased owing to Houthi weariness over UAE attempts to lure Saleh away from the coalition. As part of these attempts, in June 2017 Saleh’s son Ahmed, the current ambassador to the UAE, met with Ahmed al-Asiri, Saudi Arabia’s former army spokesperson in charge of the Yemeni war and current advisor to Saudi’s defence minister, crown prince Mohammed bin Salman. Subsequently, ties frayed between Saleh and the Houthis as the Emirates sought to more overtly back the former president as an alternative to Hadi. In August, the intra-coalition violence heightened when the Houthi unsuccessfully sought to halt the GPC’s thirty-fifth anniversary celebrations. Last week’s clashes resulted in the deaths of over two hundred people and Saleh announcing his defection. The Houthi had been preparing for this eventuality since August and had consolidated control of the North’s religious institutions and finances.

Seeking to extricate itself from Yemen, Saudi Arabia supported the defection, and has since provided aerial cover to troops loyal to Saleh. However, Saleh’s death likely means that Mohammed bin Salman (MBS) has miscalculated on regional matters once again, especially since the Houthi have largely consolidated control over Sana'a. Further, the reported clash between MBS and Ahmed Ali Abdullah Saleh in 2015 would ensure that Riyadh does not wholly support him as an alternative to Hadi, inhibiting the fruition of UAE interests in the country. This is in a context in which Abu Dhabi is supporting the Southern Hirak and Southern Belt forces in Aden and Taiz in an attempt to counter the influence of the participatory Islamist Yemeni Islah party, which still receives support from Saudi Arabia.

Houthi troops have since managed to consolidate control of the Sawad and Raymat military bases, the two main GPC-affiliated bases in Sana'a; Saleh’s nephew Tariq, who commanded the Republican Guard, was killed, and his two sons, Salah and Madyan were arrested; and tribal shaykhs, such as the Hashed’s Mabkhout Mashraqi, have been forced to defect. This alludes to the fact that although the Houthi governance of the North is tenuous, the group’s military capacity has increased, and its control over finances in Sana'a has meant that it remains able to pay combatants.

Consequently, clashes in northern provinces are likely to intensify, especially since many tribes support Saleh, and because the UAE will intensify its support for Ahmed. Intra-northern clashes, similar to those between groups in the South, will increase, making a political solution more unlikely. This is especially since the GPC remains popular, as demonstrated by the tens of thousands that gathered in Sabeen Square in August 2017, in defiance of Houthi attempts to halt the party’s thirty-fifth anniversary celebrations. Further, the party’s long existence has enabled it to develop its institutional capacity, and it continues to maintain influence over Republican Guard units. In addition, Saleh’s death will make it more difficult for MBS to conceive a face-saving solution to the conflict, even though the Houthi have expressed their willingness to enter into negotiations. The current civil war is thus likely to continue, ensuring the country’s further fragmentation, and making it more difficult to envisage a solution that will allow the various political, tribal and military elements to reunite.

Last modified on Saturday, 09 December 2017 10:17
Tweet
More in this category: How the Saudis Escalated Yemen Struggle Beyond All Control »
back to top