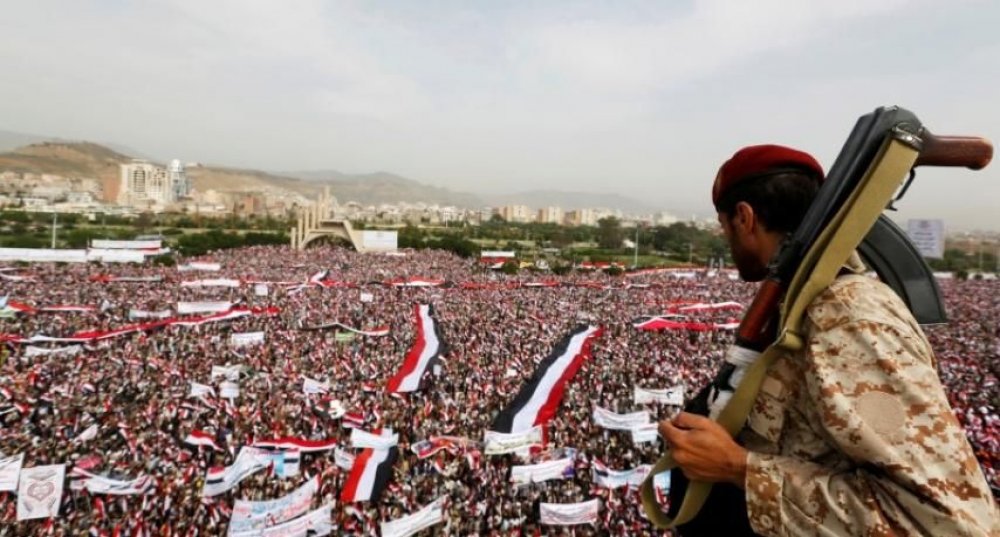 The increasing tensions between forces loyal to former Yemeni president Ali Abdullah Saleh and the Houthi are a symptom of the differing interests both have maintained from the initial stages of Yemen’s current civil war. These are being manipulated by countries in the region, especially the United Arab Emirates, as Abu Dhabi seeks to influence the path and goals of the Saudi coalition.

The recent spat between Saleh and the Houthi originated from a 19 August speech by Abdel-Malek Houthi, in which he accused Saleh’s forces of playing a double game in the country by claiming to support the Houthi coalition while also negotiating with the Saudi coalition. This is especially since Saleh has expressed his willingness to negotiate with Saudi Arabia. The speech reiterated Houthi grievances of not being proportionally represented in governance structures. Despite being jointly represented in the supreme political council, the Houthi are weary of not participating in local structures. Saleh’s 20 August response, accusing the Houthi of corruption and comparing the group to a militia, was also criticised as crossing a red line and seen as a declaration of war.

It was feared that these differences would erupt into violence at the thirty-fifth anniversary celebration of Saleh’s General People’s Congress (GPC) on Thursday, 24 August, especially since thousands were expected to attend, and because the Houthi leadership criticised the gathering and deployed troops to prevent citizens from attending. Despite these measures, the celebration went ahead; Saleh vehemently criticised Houthi corruption, while also astutely expressing his opposition to the Saudi intervention.

Violent clashes were largely contained; however, Houthi combatants prevented citizens residing outside Sana'a from attending. The past week’s events have rendered the alliance’s survival tenuous, especially since the two have openly criticised each other.The killing on Saturday of Colonel Khaled al-Rida, deputy head of the GPC’s foreign relations committee, has worsened the antagonism, and it seems only a matter of time before the coalition falls apart.

The Houthis still require the support of Saleh’s well-equipped troops to contain the Saudi intervention, especially in Sana'a where they lack support, and will thus act to contain the situation. However, as Rida’s killing indicates, the popular resistance committees are difficult to control, and coordination between them and Saleh is limited. Rida’s assassination has given GPC officials the impression that it was deliberately allowed by the Houthis, leading to the GPC accusation that the Houthis are a ‘group that knows no morality or oaths’. It is, however, unlikely that the Houthi would have actively sought Rida’s death, thus running the risk of losing GPC support – which is crucial to maintain control over Sana’a. There is, clearly, a breakdown of communication between the allies, a factor that will be further weakened as the mistrust between them increases.

Saleh conversely will likely accept a deal, which would see him being incorporated into a new Yemeni government. This is in a context wherein the success of the celebration, which saw tens of thousands of Yemenis defy the Houthi ban, clearly indicates his enduring popularity, and wherein regional powers are seeking exit strategies.

This was predictable, especially since the coalition was formed to realise different objectives, and was thus more a marriage of convenience than a strategic pact. Saleh has sought to protect his influence following the November 2011 GCC agreement, which saw him forced to hand over power to his deputy, Abd Rabbuh Mansur Hadi. He thus coalesced with the Houthi to undermine Hadi’s administration. The Houthi conversely saw the GPC, specifically the powerful military units allied to the party, as critical in allowing the group to extend control over Aden and ward off Saudi intervention. Already in March 2015, the two groups clashed over control of the Raymat military base, and in February that year, Saleh criticised the Houthi decision dissolving the government. Saudi Arabia’s intensified aerial campaign since March 2015 forced the two groups together, and in November 2016 they formed a ‘national salvation government’ headed by Abdel Aziz Habtour. Notably, Saleh fought four wars against the Houthi between 2004 and 2010, creating an intractable trust deficit and calcifying Houthi paranoia over Saleh’s double game.

In recent months, mistrust between the two has also been influenced by the UAE’s attempt to court Saleh in line with its stance of backing strongmen to reverse the gains of the 2011 uprisings. In June, Abu Dhabi reportedly organised a meeting between Saleh’s son Ahmed, the current Yemeni ambassador to the UAE, and Ahmed al-Asiri, Saudi Arabia’s former army spokesperson in charge of the Yemeni war and now advisor to the kingdom’s defence minister, crown prince Mohammed bin Salman. Further, leaked emails of the emirate’s Washington ambassador Yousef al-Otaiba, show the UAE as envisaging a role for Saleh in a Yemeni peace agreement.

Moreover, in the south, the UAE has continued to finance and arm separatist forces in Aden, and Salafi anti-Islah forces in Taiz and Hadhramawt. Abu Dhabi perceives participatory Islamist parties like Islah as posing an existential threat to the regime. Further, in line with its attempt to consolidate control over the Bab al-Mandeb waterway, it has also begun constructing a base on the island of Socotra together with its bases in Berbera (Somaliland) and Assab (Eritrea).

These have severely weakened the Saudi coalition’s efforts to recapture Sana'a, and even parts of Taiz; Hadi has accused them of being an occupier and not a liberator. The battle lines have thus remained largely constant, despite two years of external intervention. The UAE had already halted frontline operations in June 2016 in line with   its ambitions to empower proxy forces, while the Saudi Crown Prince, Mohammed Bin Salman, has expressed his desire to exit the two-year long expensive military adventure, which has cost kingdom between two and five hundred million dollars daily.

Friction has intensified, especially since the institution of a transitional council to govern areas in the South by the separatist southern Hirak movement in May 2017. It is thus difficult to envisage a unified Yemen; Hirak has consolidated control over Aden, while UAE-supported forces in Hadhramawt and Taiz will be difficult to dislodge, especially since it is unlikely that Abu Dhabi will sanction a partnership between them and Islah. It is also significant that prior to 1994, Yemen was two distinct countries with two different models of governance. Hirak and likeminded groups are greatly influenced by this, and by the fact that following unification power has been concentrated in the north.

Saudi forces have since been deployed to protect the presidential palace in Aden, as well as its air and naval ports, at Hadi’s request. This indicates that the differing Saudi and Emirati interests in the conflict may be intensifying. Further, a pro-Hadi parliamentary delegation met senior Saudi officials, including Mohammed Bin Salman – the individual responsible for initially sanctioning the Saudi intervention – in the past week, prior to the Saudi troop deployment. It is significant that Ali Mohsen al-Ahmar, Yemen’s current vice president, is close to both Islah and elements within the Saudi regime. This militates against Riyadh being swayed by the UAE to combat Islah, a move that will inadvertently work against its interests, especially if it leads to the secession of the south.

While this ‘new’ fragmentation may see a reduction in the intensity of the Saudi coalition’s interference in the country, it will be replaced by more localised conflicts. This is especially since tribal differences have hardened, and because the conflict has engendered a situation, wherein provinces such as Hadhramawt and Marib now possess autonomy, which they are unlikely to relinquish. Further, the separatist Hirak and Houthi now possess more sophisticated arms. The foregoing will ensure that the country remains in conflict unless a solution that incorporates all the different actors is formulated. However, regional contestations over the roles of Iran, participatory Islamists and militants such as Al-Qa'ida in the Arabian Peninsula have ensured that peace talks have remained elusive. This is especially since the fulfilment of UNSC Resolution 2216, which advocates a Houthi and Saleh arms surrender unrepresentative of the balance of forces, continues to be the basis for negotiations.

The UAE likely sees the current stalemate as a means of installing a client regime, and is positioning itself to maintain influence in both Aden and Sana'a, especially since secession would likely impede its ability to maintain its bases in Socotra. Further, both Saleh and Aidarus Al-Zubaidi (the former governor of Yemen and head of Hirak’s Southern Transitional Council) are strongmen who view Islah negatively. It is however questionable that Riyadh will alter its stance in favour of reincorporating Saleh, even though Mohammed bin Salman has expressed his desire to exit the Yemeni conflict. Riyadh still views Saleh and the parts of the GPC he controls as renegades, especially since the kingdom was influential in negotiating the November 2011 GCC agreement.

Tweet
More in this category: Yemen: Death of the snake dancer »
back to top