Will Yemen become another Syria or Libya? The interplay between regional and local factors 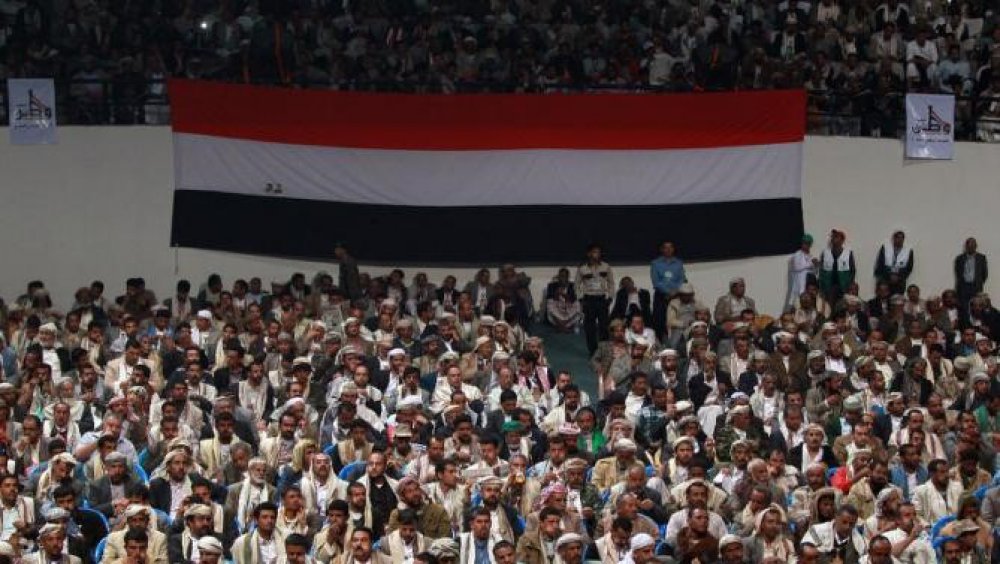 The situation in Yemen is rapidly deteriorating. President Mansour Hadi, formerly under house arrest in Sanaa, has now escaped to the city of Aden and could set up an alternate government there in competition with the one in Sanaa. Also, a number of embassies have already shut down, and international investors have withdrawn, signalling a growing isolation for the country whose new de facto rulers in Sanaa (even if not recognised as such by the rest of the world), the Zaidi-Shi'a insurgents from the northern part of the country, the Houthis, will find difficult to manage. The United Nations has not given up on Yemen yet; its envoy, Jamal Benomar, brokered a deal between the various political foes on Friday, 20 February, before Hadi’s escape, while the UN Security Council called on the Houthis to relinquish power and allow Hadi to return to his position. However, militias aligned to Hadi and antipathetic to the Houthis took matters into their own hands and seized key government buildings and institutions. Meanwhile, al-Qa'ida, which was previously being targeted by a US-Hadi security alliance, has continued with its campaign against military instalments, citing fear of a Houthi takeover.

'Arial','sans-serif';">Yemen is not yet unravelling at the same rate as Syria or Libya, but with widespread fears about an impending civil war, failing government institutions, and divisions along political, sectarian and tribal lines, there is a possibility that Yemen could follow the route of those countries. This will, of course, be intolerable for millions of Yemenis, but its impact on regional stability will also be devastating. In addition to becoming another hub of attraction for different shades of jihadis, it will also feed into the growing Shi'a-Sunni sectarianism that is plaguing the Middle East, and affect international trade and oil transport through the Bab el-Mandeb strait between Yemen, and Djibouti and Eritrea.

Given this downward spiral in Yemen, and the lessons from Syria and Libya, the critical question is - what steps can be taken to keep Yemen from following the same path.

The role of Saudi Arabia and Iran

Syria’s messy fate is primarily due to it becoming a focal point for regional hegemons to flex their muscles and attempt to extend their spheres of influence in the region. Yemen, however, is not as centrally located as Syria, and certain obvious role players that were influential in Syria, such as Turkey, Israel and Jordan, are not making their presence felt in Yemen. Saudi Arabia and Iran are, however, crucial to the prospects for peace in Yemen. Even if they cannot completely halt the violence in Yemen, they can do much to keep it from spiralling out of control.

With the Houthis also being Shi'a (albeit Zaidi-Shi'as rather than Twelver-Shi'as of Iran), there is a widespread belief among Sunni Arabs in the peninsula that the Houthis benefit from Iranian support and are Iranian proxies in Yemen as Hizbullah is in Lebanon. This is possible, given their ideological similarities, the opportunity Yemen presents for Iran to maintain a foothold in a country bordering Saudi Arabia, and Iran’s need to keep the pressure on Saudi Arabia which continues to attempt to upset Iranian plans in Syria and Iraq. Even without clear convincing evidence of Iranian support for the Houthis; the Iranian factor must be considered. Iranian (and Houthi) accusations against Saudi Arabia, and suggestions that Saudis are funding al-Qa'ida against Houthis, are also driven by fear and hostility. Nevertheless, while there is no evidence that the Saudi state supports al-Qa'ida, it has supported a range of Sunni groups and leaders in an effort to maintain some control over the country across its southern border. To keep Yemen from turning into a proxy battleground like Syria (if it is not already such a battleground), it is imperative that Saudi Arabia and Iran open up channels of dialogue through which they can come to trust each other vis-a-vis their respective intentions in Yemen.

However, it is unlikely that the two states will be able to overcome decades of mutual suspicion. Indeed, it is quite possible that Yemen could become a pawn in other battles between the regional hegemons. Indicators for detente between them are not encouraging. Saudi Arabia, through the Gulf Cooperation Council (GCC), has not only condemned the Houthi rise to power, but has also asked the UNSC to threaten Houthis with sanctions and possible use of force under Chapter VII of the UN Charter. While the UNSC denounced the Houthi power grab, it, expectedly, shied away from threatening sanctions. The Security Council’s implementation of sanctions and use of force is unlikely as long as Russia disagrees; and Russia is unlikely to support the position of Saudi Arabia, with which it is already at odds over global oil prices, because it opposes external intervention in Yemen as it does in Syria. Under the current circumstances, then, Saudi Arabia will not find the Security Council as a willing partner in its bid to isolate the Houthis.

This, however, presents an opportunity for Yemen for it requires Saudi Arabia to engage with the Houthis directly. Given the turmoil in Egypt, Iraq, Lebanon, Libya and Syria that Saudi Arabia has to address, it would prefer not to open another front against Iran, despite anti-Houthi Yemeni elements calling on the GCC for armed support, and Hadi's presence in Aden allowing Saudi Arabia to treat him as the real leader of Yemen. First, Saudi Arabia is unsure of whom to provide this support to. While the powerful southern Sunni tribes might seem an obvious choice, especially if they can be led by Hadi, they can be unpredictable and could later ally with al-Qa'ida or the southern separatist movement, increasing the potential for a violent civil war, and leaving Saudi Arabia more vulnerable to the increased instability in Yemen. Second, suffering a stalemate, if not a defeat, in Syria, Saudi Arabia would be averse to allowing a similar scenario to develop on its southern border, which would give Iran an excuse to further strengthen its presence within Yemen.

Despite its decades-old suspicion of Iran, then, Saudi Arabia has more to gain by dialoguing with Iran than engaging with it in another proxy war. A factor that might facilitate such rapprochement is the US position on Iran. Given the increasing possibility of a settlement between Iran and the USA, the latter will not only want the regional rivalry between Iran and Saudi Arabia to be resolved amicably, but will also prefer that its fight against al-Qa'ida in Yemen not be disrupted by Yemeni infighting.

Currently, the most serious factor exacerbating the Syrian conflict – the regional proxy war – is not present in Yemen to the same extent. There is, in fact, some hope on two fronts. First, Oman reportedly has managed to facilitate a meeting between Saudi Arabia and the Houthis in an attempt to reach some satisfactory resolution; and second, after the ascension of Salman to the Saudi throne, the Iranian foreign ministry signalled a readiness to recalibrate its relations with Saudi Arabia and to develop closer ties in order to counter terrorism.

Another crucial factor that will influence the extent to which Yemen could turn into another Syria or Libya-type situation is local rivalries between Yemenis. Before the deal on 20 February, the Houthis had announced a plan to establish a presidential commission that will, in the next two years, select a new president. The new plan leaves the 301-member house of representatives in place, and will create a ‘people’s transitional council’ that will lead the country for the next two years. The two bodies will make legislation during the transitionary period. A critical question during this period is: to what extent can the various Yemeni actors trust each other. In the recent past, the trust has been minimal, with Houthis rejecting the former president’s proposed constitutional draftand restructuring Yemen into a six-region federation, thinking that this was an attempt to diminish their autonomy, and with the anti-Houthi bloc accusing Houthis of a coup and grabbing power for themselves while having the support of military factions still loyal to the former president Ali Abdullah Saleh, who was ousted in the aftermath of the uprisings that began in 2011.

Such suspicions will be difficult to contain, but it is unlikely that the Houthis hope to run the whole of Yemen by themselves. Not only are they the numerical minority that is dominant in only certain geographical areas, but the resulting civil war and international isolation that could be imposed on them if they try to take over the country will make their minimal goal of living peaceably within Yemen unrealistic. While there is no guarantee that the Houthis will assess the situation in this manner, the anti-Houthi alliance would do well to take this fact into account and consider the possibility that the Houthis might be satisfied with forming a stable unity government, rather than assuming that they want to vanquish the Sunni majority. Additionally, the opposition to the Houthis should remember that the Houthi offer to incorporate officials from the Hadi government into a unity government seemed like an offer in good faith.

It must be acknowledged, however, that there are elements within Yemeni society that prefer the situation to get out of hand and descend into greater chaos, such as al-Qa'ida and those who recently pledged their support for the Islamic State group. Similarly, some of the southern separatists who would rather split the country into two might desire a worsening of the current deadlock in order to make their secessionist project more attractive. In such a situation it is easy for tensions to run high, intentions questioned and political wills found to be maleficent.

The urgent need in Yemen is for regional players like Saudi Arabia and Iran to resolve their own tensions, be transparent about their intentions in Yemen, and subsequently work towards an inclusive political settlement . Unfortunately, the recent history of the region does not offer much hope. There is much for the relevant political leaders to learn from the Syrian experience and the utter devastation that the Syrian situation has led to. The current situation requires them to have the sagacity to take risks and compromise in the name of peace and stability. While war is a continuation of politics by other means, politics, in Yemen, can be a continuation of war by other means.

Last modified on Friday, 28 August 2015 15:44
Tweet
More in this category: Yemen: Putting humpty dumpty together again »
back to top