Yemen conflict has dire consequences for Horn of Africa 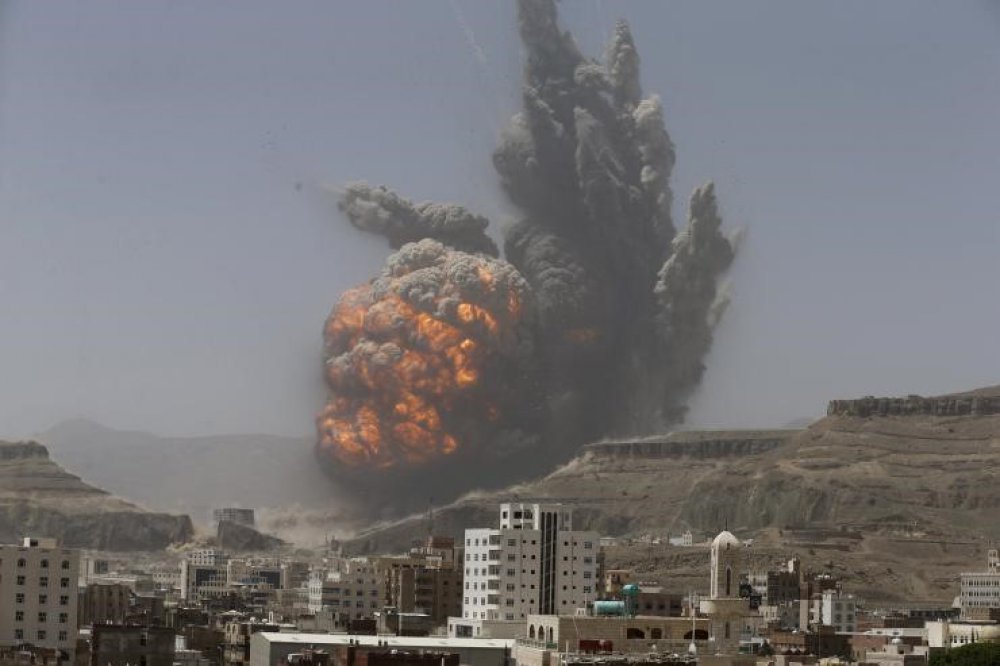 As the Saudi-led aerial campaign on Yemen enters its third month, it is having severe consequences for states in the Horn of Africa. The rapid and unplanned return of migrant workers, a collapse in trade, and an influx of Yemeni refugees are factors set to impact negatively on these states if the conflict endures.

Geographically located less than thirty-five kilometres from Djibouti at its closest sea point, Yemenis’ contact and relations with Africans in states such as Djibouti, Somalia, and Ethiopia have existed for millennia. In recent years the most emblematic aspect of this contact has been the flow of migrants from Africa seeking employment opportunities. Currently over a million Ethiopians are documented as residing in Yemen, and 250 000 Somalis fled to the country in the past two decades. Most of these migrated to Yemen to escape conflict at home, viewing the Arab country as a transit point en route to employment opportunities in the Persian Gulf. However, because of a crackdown on migrants in Gulf states, many have sought opportunities in Yemen instead.

The current conflict in Yemen is reversing this pattern. Prior to the 2011 uprisings Yemen was already the poorest Arab country. In 2014 the World Food Programme reported that over eleven million Yemenis required food assistance, and five million were at severe risk of malnourishment. The recent conflict has exacerbated this situation, and the large-scale infrastructural damage inflicted on Yemen will ensure that these statistics will endure for the medium term. Over 20 000 African migrants have returned to their home countries in the past two months, and the number will likely substantially increase over the next few.

Djibouti alone has received around 13 000 people in this period, with around forty-five per cent being Yemeni refugees. This is placing enormous pressure on states with already-stretched resources, and creating massive concern about the implications of the migration. Somaliland, for example, had initially refused to accept migrants that were not Somalis. This decision was subsequently reversed following pressure from the Somali government. A further aggravation is that economic activities have substantially ceased in Yemen because of the conflict, resulting in a halt in remittances sent to the Horn states, leaving their citizens in a precarious situation and forcing them to increasingly rely on the state.

Moreover, the closure and blockade of Yemeni seaports have severely impacted trade between Yemen and Horn states, especially Somalia. Livestock sales from Somalia to Yemen, which accounted for over 250 million dollars trade in 2014, have ceased. Fish exports met a similar fate, resulting in a lowering of fish prices because of large surpluses. The problem is compounded because, under a 1994 scheme, the fish export market has a barter component, with Somali fish being exchanged for Yemeni oil and ice. Somalia is thus poised for a shortage in oil products, and the inadequacy of its freezing infrastructure may lead to surplus stocks rotting.

At the political and security levels, the consolidation of al-Qa'ida in the Arabian Peninsula (AQAP) may increase instability in the Horn, with Somalia being especially susceptible. The Saudi focus on the Houthis and their allied militia, while largely ignoring AQAP, has allowed the latter to become stronger. In April the group seized control of the port city of Mukalla, overrunning a prison complex in the process and freeing around a hundred AQAP operatives. The captured Mukalla port had previously been utilised to trade with Horn states, especially Somalia, but can also be used to smuggle weapons and operatives into the Horn, allowing AQAP to increase its capacity and enabling it to transfer arms and personnel to the Somali Shabab movement. This could be significant since Shabab is suffering defeats in Somalia; African Union forces have pushed the group out of over eighty per cent of the territory it had previously controlled. Such transfers from Mukalla could enable al-Shabab to undertake more military activities, including in neighbouring states. They will also allow current Shabab leader, Abu Ubaidah, to consolidate his control. With Yemen being awash with small arms, the conflict could also see an increase in small arms proliferation in the Horn region.

Despite these negative consequences, certain African states have been at the forefront of the Saudi-led campaign. Saudi Arabia’s monetary clout and its rhetoric of Arab and Sunni solidarity have resulted in four of the ten countries in the coalition – Egypt, Sudan, Morocco and Senegal – being African. Their role could have the unintended consequence of negatively affecting African interests, especially in the Horn.

Last modified on Friday, 28 August 2015 15:44
Tweet
More in this category: Will Yemen become another Syria or Libya? The interplay between regional and local factors »
back to top