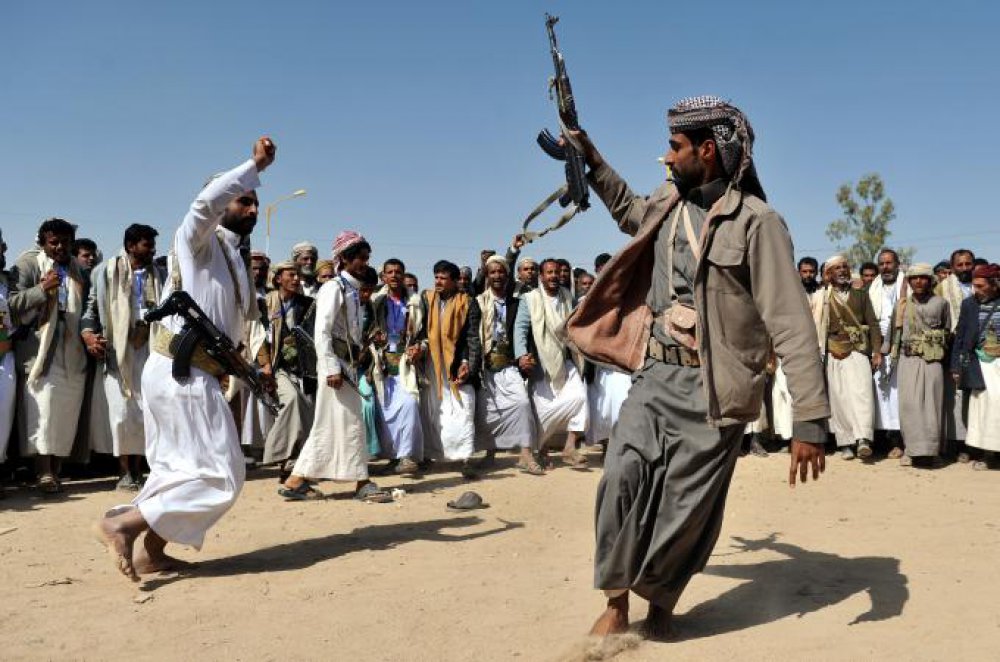 The Houthis, a Zaidi-Shia rebel formation hailing from Yemen's northern highlands, specifically from the Sa'ada province, get their name from their late leader, Hussein Badruddin Houthi, and are now led by his brother Abdulmalik Houthi. Their various uprisings since 2004 have culminated in their control of northeastern Yemen, as they continue to move into the southeast. However, while they are currently the most ascendant force in Yemen, the country has other zones of influence where different groups are dominant. Of these, the most significant are al-Hirak al-Janoubi, a southern-separatist movement, and AQAP.

Hirak demands the south's separation from the rest of country, along the old North Yemen-South Yemen border that disappeared when the two countries united in 1990. However, the National Dialogue Conference, a UN and Gulf Cooperation Council sponsored forum that brought different Yemeni political roleplayers together to develop a framework for the country's transition after the 2011 revolts, proposed that Yemen becomes a federation of six regions. Hirak and the Houthis both rejected the idea. Although it demands Yemen be split, Hirak disliked the idea of breaking up the south into two regions of Aden and Hadhramaut. The Houthis did not want to be enclosed in the proposed region of Azal, separated from the western port city of Hudaydah and the eastern energy-rich areas.

Houthi advances are meant to counter the federation proposal by changing facts on the ground. They have already captured Hudaydah, and intend to expand into Marib. This is why they cannot be expected to abide by the terms of the recent peace deal they signed with their rivals, which requires them to surrender their arms and vacate the capital.

It is within this geopolitical matrix that the Houthis also impact on the region in dramatic ways. In 2009, when they were poised to make similar advances against the government, Saudi Arabia launched an aerial campaign to halt their progress. But with the Houthis now receiving covert support from Iran (and Hizbullah), the regional balance of power has been altered. For Saudi Arabia, the group is not just another freedom movement; it is, rather, an Iranian proxy that is crucial to the overall cold war between Saudi Arabia and Iran that is being fought in Lebanon, Syria, Iraq and the Middle East more broadly. Saudi Arabia thus believes it must tread more carefully in Yemen.

Similarly, the prominence of Houthis has forced AQAP to change its tactics. Instead of allowing AQAP to operate against western or Saudi targets, as is its goal, the Houthis have caused AQAP to concern itself with the Shi'a presence within Yemen, thus distracting it from what it would have preferred to focus on: the US drone campaign, and the USA-led international coalition against its jihadi brothers in Syria and Iraq. Towards the end of September, AQAP had fired a rocket at the US embassy in Yemen for US actions in Syria, but since then there has been a visible shift in the focus of its attacks onto the Houthis. While there is no indication yet that this is more than a change of tactics and strategy, the continued domination of Houthis might lead AQAP to reassess its ideological preference to target Sunni-western alliances rather than Shi'a-Iranian fronts.

If this change is to come about, especially given AQAP's stature within the greater al-Qa'ida network, not only will the Shi'a-Sunni conflict in Yemen become more of a sectarian conflict than a fight over resources, one can also expect al-Qa'ida to begin targeting Shi'a symbols throughout the greater Middle East region, exacerbating the current Sunni-Shi'a violence playing out in Iraq, Syria and Lebanon.

Last modified on Friday, 13 January 2017 14:07
Tweet
More in this category: Yemen conflict has dire consequences for Horn of Africa »
back to top