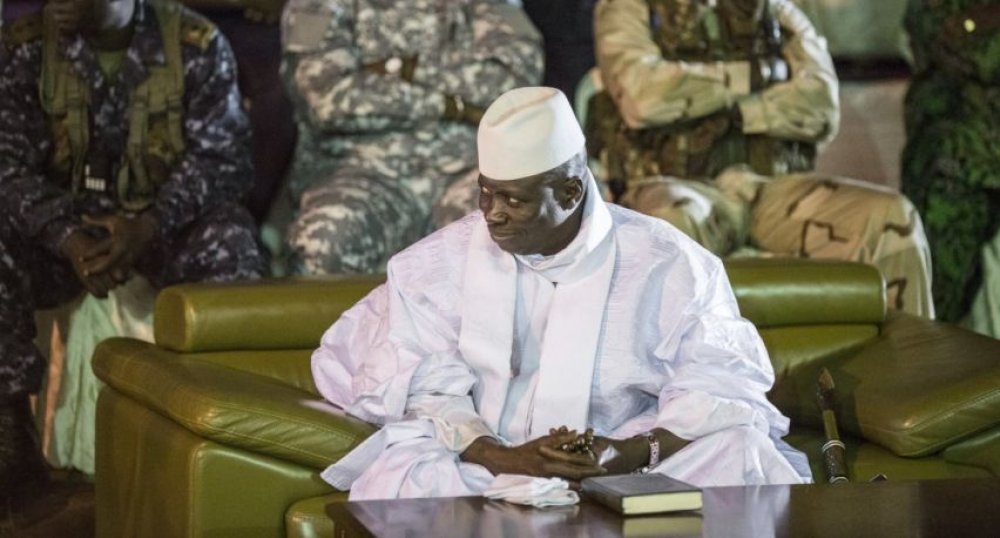 Published in Western Sahara
Tagged under

The stepping down, under duress, of long-term Gambian president Yahya Jammeh clearly illustrates the impact of credible collective security. However, for this ‘African solution’ to be replicable, much will need to be allayed regarding possible future attempts to renege on the deal, which reportedly gives him immunity from future prosecution.

The agreement followed a month of uncertainty over the acceptance of the results of Gambia’s 1 December 2016 presidential poll, which saw opposition candidate Adama Barrow gain around forty-five per cent of the vote, nine per cent more than Jammeh. Jammeh, who had ruled the country for over twenty-two years since attaining power in a bloodless coup in 1994, initially conceded on 2 December through a phone call, which subsequently went viral.

However, a week later, he announced his intention to contest the results and filed a challenge in the country’s Supreme Court. Mediation efforts, under the auspices of the Economic Community of West African States (ECOWAS) have since been ongoing, and, after numerous dead ends, culminated in the 20 January agreement.

Jammeh’s acceptance of the deal, which saw him transported to the Guinean capital Conakry en route to Equatorial Guinea, was greatly influenced by the credible threat of force wielded by the West African sub-regional bloc. To this effect, ECOWAS members threatened to forcefully remove him if the election result was not accepted and implemented. Further, troops from ECOWAS states were dispatched to the Senegalese–Gambian border, and Nigerian forces were to provide aerial support.

This ‘African solution’ was only achieved because of the success of previous ECOWAS missions in Liberia, Sierra Leone and especially Cote d'Ivoire, which ensured that the threat to forcefully remove Jammeh was seen as credible. Initially formed to stabilise Liberia in the late 1980s following the first Liberian Civil War, the bloc was influential in halting civil conflicts in Liberia and Sierra Leone in the late 1990s and early 2000s. Further, in Cote d'Ivoire after former president Laurent Gbagbo refused to relinquish power following his defeat in elections to Alassane Ouattara in 2010, ECOWAS troops, together with the French, were crucial in enabling Gbagbo’s capture. Gbagbo’s fall was significant as unlike with Sierra Leone and Liberia, Cote d'Ivoire is one of the larger states in the bloc, and at the time, had a reasonably strong army. Further, unlike with Sierra Leone and Liberia, Cote d'Ivoire’s government did not sanction this mission. This meant that the bloc had acted militarily to ensure compliance with electoral results. Jammeh was thus confronted by a bloc, which had historically acted to enforce respect for electoral processes, even within powerful sub-regional states. Gambia, with a military of less than 5 000 soldiers thus stood little chance. This was further worsened by Jammeh’s tetchy relationship with Senegal, and the fact that the country shares almost its entire border with it.

The mission, however, could have been accomplished more quickly, with a smoother alternation of power. Jammeh only reconsidered his initial concession of defeat on 10 December, once opposition parties, including now president Adama Barrow, implied that he would face trial at the International Criminal Court (ICC). This was exacerbated by the case of Charles Taylor, whose asylum to Nigeria and reported immunity from trial ceased in 2006 when Liberian president Ellen Johnson Sirleaf requested his extradition; he now faces charges at the ICC for war crimes committed in Liberia in the 1990s. This set a precedent, hamstringing efforts by Guinea and Mauritania to negotiate a compromise wherein Jammeh would hand over power in return for immunity from prosecution. It is noteworthy that Sirleaf currently heads ECOWAS.

Thus, Jammeh would likely have fought harder to remain in power had he had a larger military and were it not for the military chief’s tacit support for the incoming administration. This implies that replicating this successful regionally mediated alternation of power will be increasingly difficult. African countries need to develop a mechanism that allows for accession to the ICC yet enables them to postpone and in instances halt the prosecution of heads of states when doing so would assist a peaceful transfer of power. This is significant on the continent, especially since leaders in Burundi, Sudan, the Democratic Republic of the Congo and Zimbabwe are not likely to allow for electoral transitions unless immunity is provided. Aggravating this is the fact that other sub-regional blocs on the continent lack the capacity and will to implement such a mission were a leader refusing to relinquish control. In this regard, the inability to enforce a solution to the current Burundian crisis, wherein most of the powerful sub-regional states, including South Africa, have adopted a similar stance on president Pierre Nkurunziza’s ineligibility to stand for a third term in office is a stark reality of the continent’s inability to exercise and implement a more collective mechanism promoting democratic consolidation.

Jammeh’s extradition to Equatorial Guinea, a country that is not currently a signatory to the ICC, will momentarily postpone this peace–justice conundrum and the need to formulate a response that can accommodate both. However, Gambia remains an ICC member, despite Jammeh’s previously stated intention to withdraw its membership. Further, President Barrow has acquiesced to the pressure placed on him by parties comprising the ruling coalition and continues to insist that the results of a truth commission will be sent to the court. This means that African states, especially ECOWAS members, will need to begin formulating a solution for this eventuality. Failure to do so risks impairing the credibility of mediation efforts and may result in leaders refusing to relinquish control in future. In the immediate term, the agreement’s success, and the publicity it has received, will empower Abdoulaye Bathily, ECOWAS’s candidate for the position of African Union chairperson, which is to be voted on at the twenty-ninth summit scheduled for 30 and 31 January.

Last modified on Monday, 30 January 2017 00:37
Tweet
More in this category: Maritime Security and Piracy in West Africa »
back to top