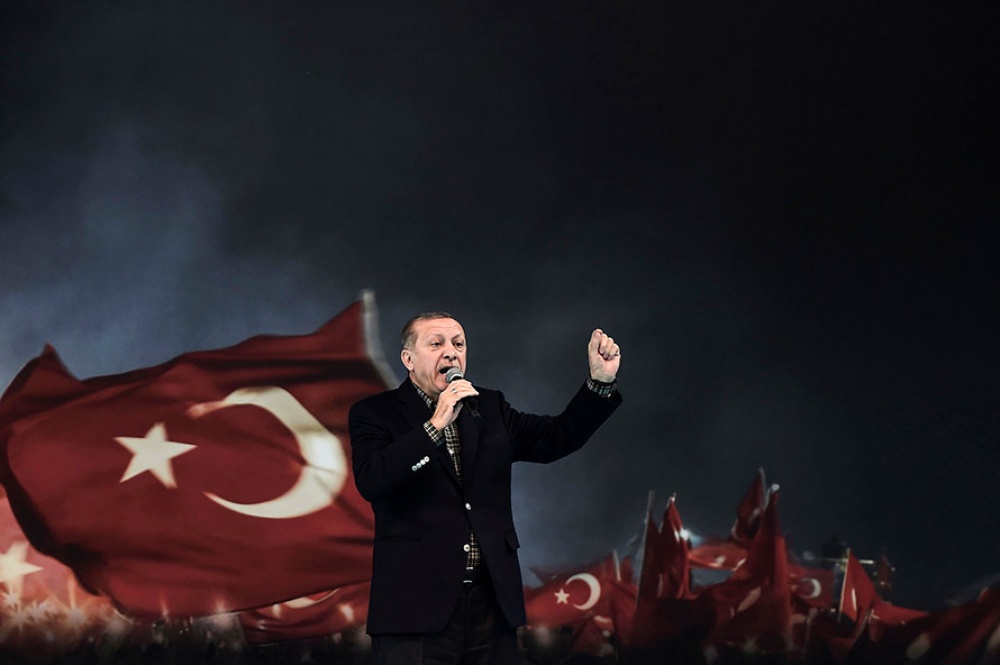 In less than a week, on 24 June 20118, Turkish citizens will cast their votes for presidential and parliamentary elections, the first time that both elections will occur at the same time. The elections have been moved to sixteen months earlier than originally scheduled, prompting fears that President Recep Tayyip Erdogan is planning for a decisive victory. His decision for early elections are likely linked to the suffering Turkish economy and his desire to usher in the new presidential system, which was decided after a 2017 referendum, so that he may have control of the economy without the impediment of a tedious parliamentary process. Other factors involve the continued state of emergency, the Syrian civil war and resultant migration, regional and national security, and Turkey’s relations with the European Union and other foreign actors. Erdogan’s Justice and Development Party (AKP) hopes to emerge victorious due to a divided opposition and the state of emergency which has resulted in arrests of activists, journalists and opposition members.

The presidential and parliamentary elections

Next week’s elections will be the first time that Turkey votes for the president and parliament on the same day, a new electoral system that was made possible by constitutional amendments adopted after a controversial referendum in April 2017. The referendum sought to convert Turkey’s governance into a presidential system, bestowing more powers on the president, abolishing the position of prime minister, and introducing a vice president. Election for  parliament is based on a proportional representation system; a total of 550 seats are contested, allocated by the D’Hondt methodwhich favours larger, national parties over small parties. Each party is required to win more than 4.6 million votes (or ten per cent) to be eligible to enter parliament, a threshold that is critical in determining electoral outcomes.

The ruling party, Erdogan’s AKP, obtained forty-nine per cent of the vote in the November 2015 parliamentary election, winning 317 seats after failing to form government in earlier elections in June (based on Article 116 of the Constitution). The AKP is aiming for more than fifty per cent of the vote in the presidential election so as to win the first round of voting and prevent a runoff, scheduled for 8 July, between the top two candidates. More than three million Turkish ex-patsworldwide started casting their votes on Sunday (17 June 2018), and the AKP is expected to win a significant proportion of votes from over sixty countries where Turkish citizens reside. Erdogan was prevented from campaigningin a number of European countries following Turkey’s spat with Germany and other countries in the run up to the 2017 referendum. Instead, he attempted to reach out to the expatriate community through a massive rally in Bosnia, which attracted a huge number of AKP supporters from Germany, Netherlands, Austria and the Balkans. Erdogan hopes to increase his numbers within ex-pat communities to help secure his majority.

Eleven parties will contest the elections, as announced by the Supreme Board of Elections on 22 April 2018. This includes the new centre-right IYI (Good) Partythat was formed in October 2017 after a split from the Nationalist Movement Party (MHP). IYI leader, Meral Aksener is a popular former interior minister. The main opposition Republican People’s Party (CHP) has nominated Muharrem Inceas its presidential candidate. He hopes to eat into Erdogan’s support base using the ‘working-class’ charm offensive that Erdogan had successfully used in his early political career. The CHP has entered a coalition with the similarly conservative Saadet (Felicity) Party, under the banner of Nation Alliance, to challenge the AKP. The alliance also includes IYI and the Democratic Party (DP), and it hopes to gain a parliamentary majority. The Democratic Party, which includes the Motherland Party and the former True Path Party (DYP), will contest the elections with their candidates appearing under the CHP list.

The AKP is also in a coalition, the People’s Alliance, with the Nationalist Movement Party (MHP) and the Great Unity Party. This coalition will be challenged not only by the CHP-led Nation Alliance, but also the new National Union of Kurds, both of which hope to upset the AKP parliamentary majority. The Kurdish group is led by the pro-Kurdish People’s Democratic Party(HDP), whose leader, Selahattin Demirtas, has been leading the election campaign from inside prison, where he is being held on terrorism-related charges. The Kurdish alliance has emerged as a strong contender, hoping to sway voters in Turkey’s largely Kurdish southeast region, which includes some 140 000 voters who feel disgruntled because of the government’s decision to relocate a number of voting stations, affecting 114 000 voters. Demirtas and his party have not been allowed freely to campaign in the run up to these elections, have been given no media interviews except a twenty-minute television slot on Sunday, and have had to rely heavily on social media platforms. If the HDP reaches the ten per cent threshold required to enter parliament, it could significantly alter the percentage of AKP seats, thus threatening the AKP’s ability to win an outright majority.

The AKP has dominated Turkey’s politics for sixteen years, and has been accused of employing repression to continue this domination. The state of emergency, imposed after the July 2016 attempted coup,  under which the elections will take place is one such security measure that may influence political outcomes. Further, there is an ongoing crackdownon journalists, academics, activists and opposition members, such as the eleven HDP membersof parliament facing terrorism-related charges, that began after the July 2016 attempted coup. Many opposition figures see this crackdown which has seen pro-government media dominating the news, as an attempt to help the AKP emerge victorious at the polls.

Despite these negative aspects, however, Erdogan remains popular, and is likely to sway voters using the nationalist-Islamist rhetoric that he has successfully used for more than a decade. Despite accusations that he seek to usher in conservative religious politics, and his rivals referring to him as the ‘caliph-in-waiting’, Erdogan insists that Turkey will maintain its secularity even after the presidential system is implemented.

Turkish economy running out of steam?

Despite the AKP’s impressive economic successes, which saw the previously troubled economy (reeling from the 2000s financial crisis) attract foreign investment, boost trade ties, and experience unprecedented growth and employment. The economic boom in the past was largely based on investment and export capabilities of mostly electrical goods, which boosted the manufacturing sector and increased consumption. Over the past few months the Turkish Lirahas steadily weakened and inflation has steadily risen. The weakening economy has been a boon for opposition groups, which have lain the blame for it at the AKP’s door, especially after Erdogan’s statementlast month about taking control of the central bank. His statement followed the Lira’s drop by more than twenty per cent this year alone, causing the central bank to raise interest ratesin an attempt to stabilise the currency. Erdogan’s response in his campaign, was to blame ‘foreign powers’ for the crisis, and offering few solutions except government control of the economy.

The president’s failure to effectively address the economic challenge could lose him significant support even if he does win the election, especially since the opposition seems equally oblivious. The opposition continues to blame him for the weakening currency, but offer few practical solutions. IYI’s presidential candidate, Meral Aksener, proposed a ‘Turkey Solidarity Fund’ to erase eighty per cent of the debt of poorer citizens and students, with the rest of the debt to be paid over ten years. But this proposal fails to address the lack of stability in the economy created by excessive borrowing, government tax cuts, and heavy government incentivising of industries that has pushed up the inflation rate.

This month’s elections campaigning has focused mostly on the deteriorating economy, but other pressing matters around foreign policy in the context of the ongoing Syrian conflictand relations with the European Union have also featured prominently. Erdogan has leveraged foreign policy successes such as the recent campaign against the YPG in northern Syria and cross-border military operations in Iraq and Iran against the Kurdish Workers’ Party (PKK). These victories, and the AKP’s former record of high economic growth, supported by a repressive political environment, will benefit Erdogan and his party. Despite AKP denials, the opposition is probably correct that bringing these elections forward is Erdogan’s attempt to leverage government’s popularity before the economic crisis worsens. The opposition alliances hope that economic challenges, coupled with state repression, will help them prevent the AKP attaining a parliamentary majority. However, many opposition parties will struggle to reach the required ten per cent threshold, and divisions within the opposition, reflecting the polarised Turkish society, will weigh against them, and Turkey’s new presidential system will likely be ushered in with the ruling party winning the presidency and increasing its parliamentary majority.