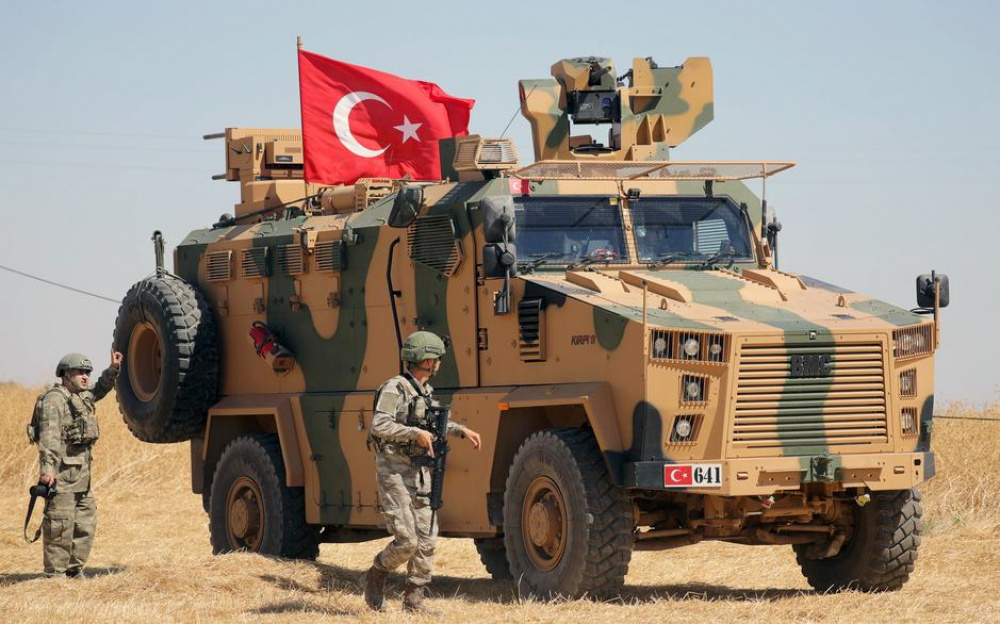 Amid the outbreak of the global coronavirus pandemic, countries in conflict, such as Syria, are in the spotlight. The UN called for an immediate ceasefire in Syria in light of the pandemic after Turkey and Russia announced a ceasefire agreement in the northwestern Idlib province on 5 March. Idlib, a province largely controlled by Al-Qa'ida offshoot Hayat Tahrir Al-Sham (HTS), has been under heavy bombardment by the Syrian regime, supported by Russian airpower over the past year. The bombardment has pitted the Syrian regime against Turkish and Turkish-backed forces stationed across the province in observation posts set up in May 2017 under the Astana agreement signed by Russia, Iran and Turkey. 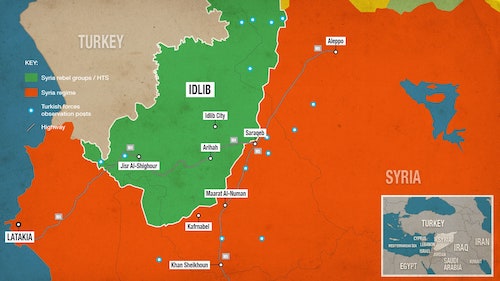 Since February, the regime bombardment has resulted in the deaths of over thirty Turkish soldiers in Idlib, with Turkey threatening a massive retaliation. These escalations saw Turkey and Russia agree to a ceasefire on 5 March that includes joint patrols along the strategic M4 highway. The M4 is one of the two most strategic motorways in Syria, running from Latakia to Saraqib, parallel to the northern border with Turkey. The highway’s strategic route also links Syria’s commercial centre Aleppo with Mosul in Iraq, making it important for trade between the two countries.

The 5 March ceasefire agreement followed a series of ceasefire agreements that Turkey and Russia had signed since the Astana de-escalation deal. It is the second of its kind since the beginning of this year. The first was announced on 9 January 2020, after a Syrian regime offensive forced 300 000 Syrians towards the Turkish border, with many living under trees in already overburdened refugee camps. The January agreement did not hold for long as Russia and the Syrian army soon advanced against rebel groups in the province, capturing strategic towns along the M4 and M5 highways. The latter motorway, also called the Damascus-Aleppo highway, is the second most important highway in Syria, beginning in southern Syria near the border with Jordan, and linking the country’s four largest cities: Damascus, Homs, Hama and Aleppo, near the Turkish border. It intersects the M4 in Idlib. The route is crucial for the Syrian economy, and used to transport around $25 million worth of business each day before the war. Turkey, which controls twelve observation posts in the province under the Astana agreement, repeatedly warned of escalations as the offensive intensified until Turkish soldiers were killed by regime bombardment in February.

On 15 March, Turkey and Russia conducted their first joint military patrol along the M4, but were forced to stop these after protests by residents. Civilians living in areas along the M4 highway demonstrated against the presence of Russia, and condemned the ceasefire agreement. People opposing the ceasefire agreement called for the halt of Russian-sponsored patrols, and for displaced people to be allowed to return to their homes in Idlib. Russia dismissed these protests as ‘terrorists using civilians as shields’, while Turkey chose to ignore them completely.

Ankara’s approach of ignoring the protests highlights Turkey’s miscalculations in Idlib. Its backing of opposition groups such as Free Syrian Army (FSA), which, together with other groups, has morphed into an umbrella structure now called the National Liberation Front (NLF), as well as its indirect coordination with the HTS (formerly an Al-Qa'ida affiliate called Jabhat Al-Nusra), has yielded both problems and solutions. The groups had assisted Turkey in its operations against Kurdish forces in northeast Syria, helped coordinate its demilitarised zone in Idlib to keep refugees from flocking to the Turkish border, and some of their members have agreed to be deployed by Turkey to Libya to fight against warlord Khalifa Haftar. After the 5 March agreement, these groups defied Turkish orders to stay clear of the demilitarised zone created in 2018. This as speculation rises that the Syrian army and Russian forces will soon resume the offensive in Idlib, ending the almost one-month-long ceasefire agreement with Turkey. With these disagreements, Turkey is struggling to keep its 5 March ceasefire promises to Russia. Russia argues that jihadist groups such as HTS must be eliminated before military operations can be halted in Idlib.

Turkey is also hesitant directly to confront HTS, even though it designated the group a terrorist organisation in August 2018. Turkey had supported HTS and other similar groups earlier in the Syrian civil war, and it is apprehensive about fighting a group with which it had previously coordinated operations. The situation is further complicated by these groups launching attacks against Turkish soldiers in Idlib. Two Turkish soldiers were killed by a rocket attack that Turkey believes was launched by HTS or one of its affiliates on 19 March, two weeks into the ceasefire agreement. Although Turkey said it had retaliated against the perpetrators, it was not clear how the retaliation actually took place. Compounding Turkey’s predicament were protests by Turkish-backed groups since the start of April in Ras Al-Ain and Al-Hasakah areas in the northeast, as well as in parts of rural Raqqa where many Turkish soldiers remain stationed.

Moving forward, the form of Turkish cooperation with rebel groups in Idlib is uncertain, as Russia remains adamant that these groups, in Syria’s last rebel bastion, must be destroyed. The 5 March ceasefire is nearing its end as regime and Russian forces prepare for another round of heavy bombardment of the province, which has already displaced over 300 000 people, most of whom fled towards the Turkish border and its overcrowded refugee camps. Turkey is in a difficult situation, fearing it will face heavy repercussions if it confronts jihadi groups that could launch attacks inside Turkey through inactive cells. Further, attacking the rebel groups could jeopardise its own operations in the province, and its attempts to prevent refugees fleeing the regime bombardment from flocking to Turkey where over three million refugees already reside. Turkey’s predicament is worsened by the fact that it does not want to upset its relationship with Russia, which has allowed Turkey to carry out numerous military campaigns in northeast Syria against Kurdish forces. Despite rollercoaster Turkey-Russian relations over the past few years, Turkey regards Russia a necessary ally as its relations with both the USA and Europe remain precarious.

Last modified on Thursday, 09 April 2020 15:37
Tweet
More in this category: Syria’s conflict continues amidst a never-ending political quagmire »
back to top