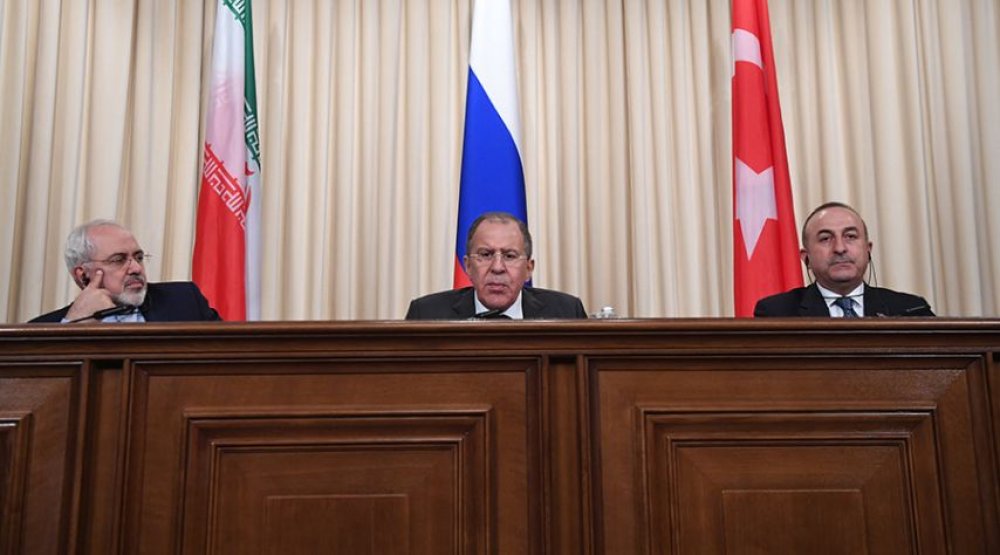 Talks between the Syrian regime and opposition forces, held in Kazakhstan’s capital from 23 to 24 January, concluded with Russia, Turkey and Iran announcing their intention for a trilateral mechanism to monitor and enforce the ceasefire between regime forces and rebels. The talks aimed to build on the 30 December truce, which was brokered by Ankara and Moscow, and endorsed by the United Nations Security Council. Delegations from armed opposition groups and the Syrian regime were meant to speak directly; however, this failed to materialise. The talks suggest the possibility of a diplomatic resolution for Syria in the future, but one which will favour the regime, and will not totally end the fighting.

The Astana talks highlighted the role of these three regional powers in Syria’s civil war, and the sidelining of the USA and Saudi Arabia; the former was invited as an observer, and the latter not at all. Astana did little to change the situation on the ground as regime forces continue attacking rebel fighters in Wadi Barada, near Damascus, while fighting between rebel groups broke out in Idlib, further weakening the opposition in the face of an assertive regime.

The nature of the Syrian civil war, with the involvement of a number of states supporting a range of actors, and the role of the Islamic State group (IS), has led to the failure of several UN-mandated peace talks. The organisers positioned the Astana talks as a basis for upcoming UN talks in Geneva, intended to cement the ceasefire while establishing a trajectory for future negotiations. The fall of Aleppo in December was a turning point in the conflict, and allowed the Syrian president, Bashar al-Asad, to claim victory and rubbish any attempts to exclude him from any transition process. Since Turkish and Russian support led to Asad’s success in Aleppo, they also took the diplomatic initiative. Their ceasefire deal was signed by Syria and seven major opposition groups. It was active in all areas not under IS control, and excluded UN-designated ‘terrorist’ groups, particularly IS and Jabhat Fateh al-Sham (formerly al-Qa'ida-affiliated Jabhat al-Nusra). When the parties decided early January that the ceasefire was substantially holding, Russia and Turkey began preparations to host talks between the regime and opposition forces.

Differing expectations of the Astana talks threatened to collapse the dialogue before it has started. Asad expressed hope that the armed rebel groups will disarm in exchange for an amnesty deal. Opposition groups expected to the talks only to strengthen the ceasefire, leaving any discussion of Syria’s political future to Geneva. The ceasefire agreement between Russia and Turkey has been more successful than previous agreements between Russia and the USA, and the organisers hoped that excluding the USA from a pivotal role may invoke greater trust between participants. Washington’s involvement in the Syrian peace process has decreased not only due to Asad’s ascendency with Russian support or Iran wishing to exclude them from the process, but also as Obama’s presidency ended. Syria’s Foreign Minister Walid al-Moallem also spoke highly of the chance of success due to ‘strong guarantees’ from Moscow, calling the ceasefire a potential starting point for a political process.

Although all opposition groups that had signed the 30 December ceasefire had received invitations to Astana, the Islamist Ahrar al-Sham, one of the larger rebel groups, did not attend, citing the fighting in Wadi Barada. The USA had insisted that the Syrian Kurdish Democratic Union Party (PYD, the largest group in the US-sponsored Syrian Democratic Forces) be involved; Moscow remained silent while Ankara refused to consider the inclusion of either the PYD or its armed wing, the YPG, due to their links to the Kurdistan Workers’ Party (PKK). The SDF responded by announcing its rejection any decisions that would be made in Astana. Opposition groups are divided, and the loss of eastern Aleppo highlighted their weakened position. Turkey is the opposition’s major state ally; however, Ankara’s rapprochement with Moscow forces opposition groups to question the usefulness of a diplomatic route that constrains their offensive options and increases tensions with Jabhat Fateh al-Sham. The current fighting between Fateh al-Sham and allies against Ahrar al-Sham and allies in Idlib highlights this tension among rebel factions.

The Astana talks were largely unproductive, and their primary impact emerged from discussions on the sidelinesbetween Russia, Turkey and Iran on strengthening the ceasefire. In their agreement to set up a trilateral mechanism to monitor the ceasefire, the parties agreed there could be no military solution in Syria, and that the conflict could only be resolved through compliance with UN Security Council Resolution 2254. Neither the Syrian regime nor the rebel delegation appeared satisfied by the outcome of the talks. The opposition protested Iran’s inclusion in monitoring the ceasefire and mediating the conflict, and refused to sign any agreement. The government, meanwhile, announced the continuation of an offensive in Wadi Barada despite the ceasefire and had recaptured all rebel villages within a week.

An agreement to extend the ceasefire is a shaky foundation for the UN-mandated talks in Geneva starting on 20 February. Further, the exclusion of up to two thirds of opposition groups does not provide the rebel delegation with a popular mandate. The exclusion of armed groups with alleged al-Qa'ida links has further divided the opposition while providing the regime with an excuse for violating the ceasefire. Iran’s commitment to the ceasefire is a positive step towards freezing the conflict. Ultimately, it seems that a diplomatic solution is on the horizon, with the main drivers being Russia, Turkey and Iran. It will likely be a resolution that sees the co-option of certain sections of the opposition into the government, and an agreement that Asad will remain in power until the next election, when he will gracefully exit.

Last modified on Thursday, 02 February 2017 12:04
Tweet
More in this category: Seeking a slice of the pie: Israel’s double-edged campaign in Syria »
back to top