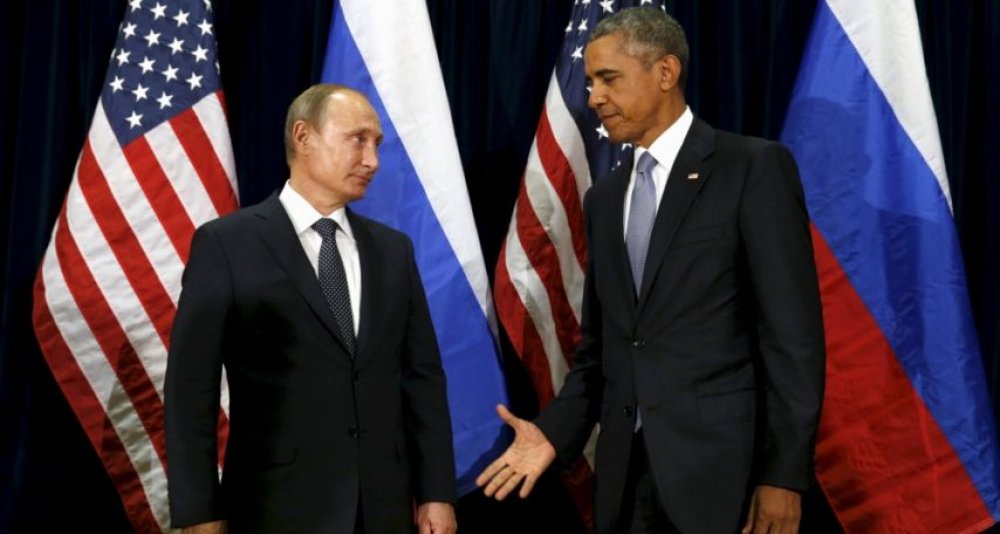 The collapse of the recent Syrian ceasefire and resultant blame game being played by the USA and Russia is an indication of the complex nature of the Syrian crisis and more importantly indicates the interests and motivations of the ceasefire’s chief protagonists. Although violence lessened slightly during the four- to five-day armistice, its collapse points to the differing interests of the actors involved, and to the partiality of the supposed enforcers. The consequent Aleppo offensive has compounded this, illustrating that Russia will continue backing the Syrian regime, while the USA is more concerned about the Islamic State group (IS). Moreover, even Russia recently admitted that it is now impossible to bring ‘peace’ to the conflict arena.

Negotiated between Russia and the USA, neither the regime nor opposition groups fully endorsed the 9 September ceasefire, revealing a clearly erroneous assumption that the conflict is between two clearly identifiable sets of belligerents that could be restrained by their supposed patrons. Further, the agreement was not made public (though it was subsequently leaked), or even made available to the rebel groups that were to implement it, thus inhibiting its chances for success and undermining the already tenuous US influence. Moreover, the regime, though using limited aerial bombardment, utilised the ‘pause’ to consolidate and continued attacking areas in Aleppo, Homs and east Ghouta (east of the capital Damascus). Rebel groups were also accused of violations, especially in Aleppo, although these were mostly less intense than those of the regime. The violations that fundamentally ended the ceasefire, however, were the 17 September USA-led attack in Deir al-Zor that killed sixty-two Syrian soldiers, and the attack on a thirty-one truck aid convoy entering Aleppo, allegedly carried out by Russian aircraft two days later. Fighting subsequently intensified, and the regime resumed its aerial bombardment of besieged east Aleppo, declaring a new offensive to ‘liberate’ the area.

The ceasefire’s flaws were already apparent when considering the interests motivating the chief protagonists and the steps it was to follow. The US views the fight against IS and Jabhat Fatah al-Sham (formally Jabhat al-Nusra), still believed by the Obama administration to have links with al-Qa'ida, as more pertinent, and believes that a political solution, however skewed in the regime’s favour, would help attempts to combat these groups. Further, it is wary of intensifying its military involvement in the conflict and has thus concentrated its assistance mainly on the fight against IS. Conversely, the Russians possess strategic interests in Syria, are fearful of a power vacuum were the regime to fall, and perceive most Islamist rebel groups as terrorists that pose a threat to the country. Since September 2015 Russia has acted directly, militarily, to protect these interests. Convergences over IS, and US reticence to confront Russia, meant that the USA endorsed or ignored Russia’s actions. The Obama administration also agreed to include Jabhat in the list of groups against which attacks were allowed even during the ceasefire, and committed to the formation of a joint intelligence centre with Russia to confront these groups if the ceasefire lasted more than a week. Notably, Jabhat had been actively involved in temporarily breaking the siege on Aleppo in July, and its entrenchment in Aleppo and other areas controlled by opposition groups prevent regime forces from continuing attacks in contested areas despite the ceasefire. The USA also altered its stance on the future role of Syrian president, Bashar al-Asad, and now is open to Asad leading a transitionary government of national unity.

The ceasefire, thus, to be enforced by parties who were partial, and, especially in the case of the USA, had little influence on the ground because of this partiality and its unwillingness to follow up on policy pronouncements. Further, this partiality inhibited the chances for effective monitoring of the ceasefire, allowing for violations, especially by the regime, to go unpunished. Opposition forces were in a bind: coordinating with Jabhat would render them susceptible to Russian and US attacks, while halting coordination with and confronting the former al-Qa'ida affiliate would allow the disciplined group to consolidate control. In some instances, regime forces captured territory when US coalition attacks forced IS to retreat, and it was feared that Jabhat’s retreat would have a similar result, especially around Aleppo. Therefore, unlike the February ceasefire attempt which was endorsed by groups representing the regime and opposition factions and which lasted around a month, the September truce lasted five days.

Although the ceasefire has failed, it is likely that attempts will be made to broker a new one along similar lines, despite the current war of words between USA and Russia. The USA, believing that IS poses a greater threat than the Syrian regime, and having misgivings about the main Islamist forces that are currently the strongest and most well-organised rebel components, and which would benefit most from Asad’s fall, will go along with a Russian initiative. The balance of power on the ground heavily favours Russia, and dissuades active interference by other foreign powers for fear of confrontation with Russia. Further, the Turkish incursion into Syria is also likely to lead to a weakening of support for opposition groups, especially in light of the recent Turkish-Russian and Turkish-Iranian rapprochements and the belief that Turkey is reassessing its position on Asad. Already, thousands of Turkey-backed fighters have withdrawn from east Aleppo to focus on consolidating Turkey’s control of its 900-square kilometre incursion, and to prepare for a push towards the IS-held town of Al-Bab. Talks on reviving the Geneva peace process will continue after the current US-Russian spat settles, mainly because international powers are unable and unwilling to conceive of new solutions. Thus, even though the twenty-three-member International Syria Support Group meeting, held on the sidelines of the UN General Assembly, collapsed on 22 September with accusations of partisanship and no new measures formulated, and although the USA, the UK and France have accused Russia of war crimes, little actual action is being proposed to make even a ceasefire more enforceable.

Last modified on Thursday, 29 September 2016 11:29
Tweet
More in this category: The east Aleppo deal and the survival of Asad »
back to top