Russia's 'withdrawal' from Syria: Has Putin realised his objectives? 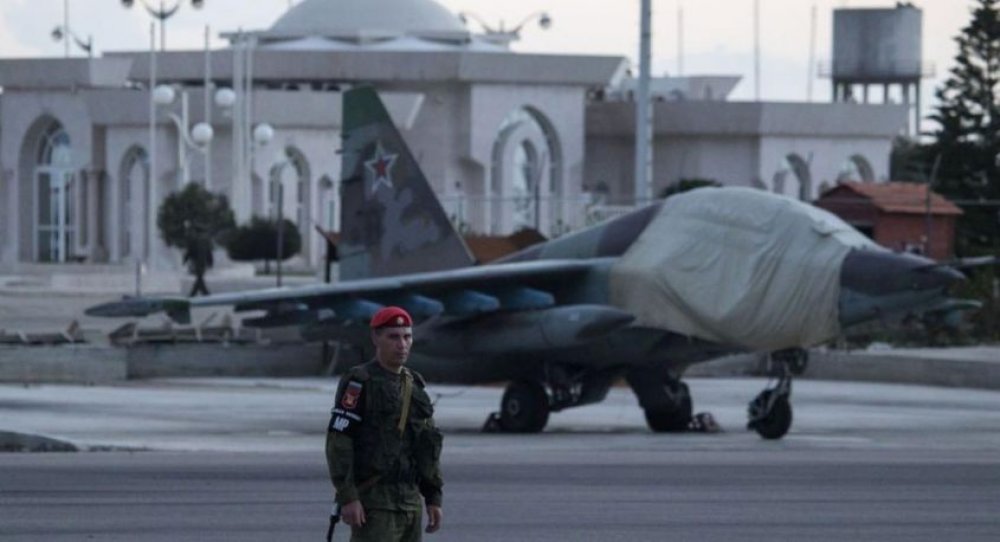 Russian President Vladimir Putin shocked many with his announcement on 14 March that his 8 000-strong expeditionary force in Syria would begin a gradual withdrawal over the next five months. The move has attracted a varied set of responses from Russia’s allies, critics, and other roleplayers in the Syrian crisis. It is clear this will not be a full withdrawal of all forces, weaponry and materiel. Instead, while most forces – including pilots – will return home, a number will be confined to the Russian naval base in Tartus, and the Russian Hmeimim airbase near Latakia, as will much of the weaponry and military aircraft. Putin claimed the withdrawal was because Russian intervention in Syria had achieved its objectives.

Since September 2015 Russian aircraft have bombarded Syrian opposition groups, as well as some Islamic State group (IS) targets, from the air, while Spetsnaz special forces and Russian military advisers have directed and assisted Syrian, Hizbullah and Iranian Revolutionary Guards Corps forces in their defence of President Bashar al-Asad’s regime, and the Syrian army’s surge into Aleppo’s rebel-held northern countryside. Russia also upgraded its Tartus naval base, and rebuilt and expanded the Hmeimim airbase.

Russian foreign minister Sergey Lavrov had initially said the intervention was aimed at fighting ‘terrorist groups’ in Syria, which, for Russia, included various Free Syrian Army and other rebel groups. But Russia’s objectives also included: propping up the Asad regime and returning it to a position of superiority on the battlefield; removing the immediate threat to the Alawi heartland along the western coast; ensuring that Russian interests in Syria were protected; establishing itself as a global player that is able decisively to deal with international conflicts; use the military campaign to prepare for Geneva negotiations in a manner that would make negotiations favourable to the Syrian regime and to Russia’s role as a mediator. Many of these objectives have been attained, and Russia does not want to extend its stay and risk an Afghanistan-type quagmire.

When Russian aircraft took to the skies above Syria in September 2015, rebel forces had been making substantial and sustained gains on the battlefield, and had posed a threat to Asad’s stronghold of Latakia. The Russian campaign has decisively reversed many of those gains and eliminated the threat to Latakia; and while the regime still does not have full control over the country, it is now more secure and has the upper hand in the war. Russia is not necessarily concerned about Asad having full control over the country, even if that is the Syrian government’s aim.

Russia is eager to secure is its interests in Syria, and has achieved that by securing the regime’s position, thus ensuring Russian influence in the Arab world; fortifying the Tartus and Hmeimim bases, thus guaranteeing Russia a longer term presence and protection of its warm water Mediterranean port. That this is not a real ‘withdrawal’ is illustrated by Putin’s comment that the two bases will be ‘protected from the land, from the sea, and from the air’. Russia might have stopped bombing Syria, but it will still have the capacity to control Syrian airspace and to deter foreign (including regional) powers from intervening.

Russia has also strengthened its influence in Syria through its intervention because it has emboldened forces within the Syrian Ba'ath Party which do not like the Islamist Iranian ally, including senior officers who trained in the Soviet Union and are more comfortable with a Russian role than an Iranian one. Furthermore, Iran has become, for Russia, a slightly less predictable ally after the Iran nuclear deal drew that country closer to the West. Direct influence in Syria means Russia does not need to rely on Iranian influence to achieve its objectives there. Thus, although Iran was pleased when the Russian strikes began, it might see its influence in Syria decrease in favour of Russia.

Putin has also decisively emphasised Russia’s status as a global player that will not shy away from challenges, and is able to play a role in foreign conflicts both at diplomatic and military levels. Unlike the US role in countries such as Libya, Russia is also able to claim that it intervened not against but in support of an internationally recognised government, thus not violating international law.

Significantly, Putin made the announcement on the day that peace talks between the Syrian regime and opposition groups were to resume in Geneva. As co-chair of the International Syria Support Group, Russia was instrumental in setting up the ceasefire – as problematic as it might have been – that was vital for these negotiations to take place. Russia’s support of Asad in the past five months means it will be able to persuade him to participate in the talks in a manner that will lead to some solution. Asad’s belligerence should be sobered by realising that Russia can alter or withdraw its support as it pleases. Furthermore, with the opposition having been battered by Russian airstrikes, these groups will participate in talks while licking their wounds, and with the knowledge that the strikes could begin as suddenly as they had ended. Despite belligerent rhetoric, many of them will also be relieved to find a solution. For Russia, its withdrawal from the battlefield allows it now to present itself as more ‘neutral’ and as a mediator, enhancing its role in the talks and on the global stage.

Putin aims to re-establish Russia’s political standing globally, commensurate to its nuclear capability, UN Security Council seat and historic role in world affairs. Guiding the Syrian war to a settlement which restores relative stability can therefore be significant. While the Syrian role and the withdrawal helps rejuvenate its image as a military-diplomatic superpower, it also assists in rolling back Russian isolation forced onto the state by western sanctions after its intervention in Ukraine. The European Union will decide in July whether to renew sanctions on Russia. If Russia secures a Syria deal that helps reduce the flow of refugees to Europe, and can use a Syria deal to ease tensions in Ukraine, it could realise a favourable outcome in July. It will bank on Italy and/or Hungary – whose representatives have already met Russian officials to discuss the refugee issue – to oppose sanction renewal.

Another gain for Russia, though of a lower priority, has been an increase in Russian arms sales in the past few months. Russian airforce sorties over Syria provided a wonderful advertisement for its weapons’ industry.

Last modified on Tuesday, 17 May 2016 23:33
Tweet
More in this category: Syria talks gloss over inconsistencies in ceasefire and aid delivery »
back to top