Despite Syria ceasefire, fighting and starvation continues ahead of planned Geneva talks 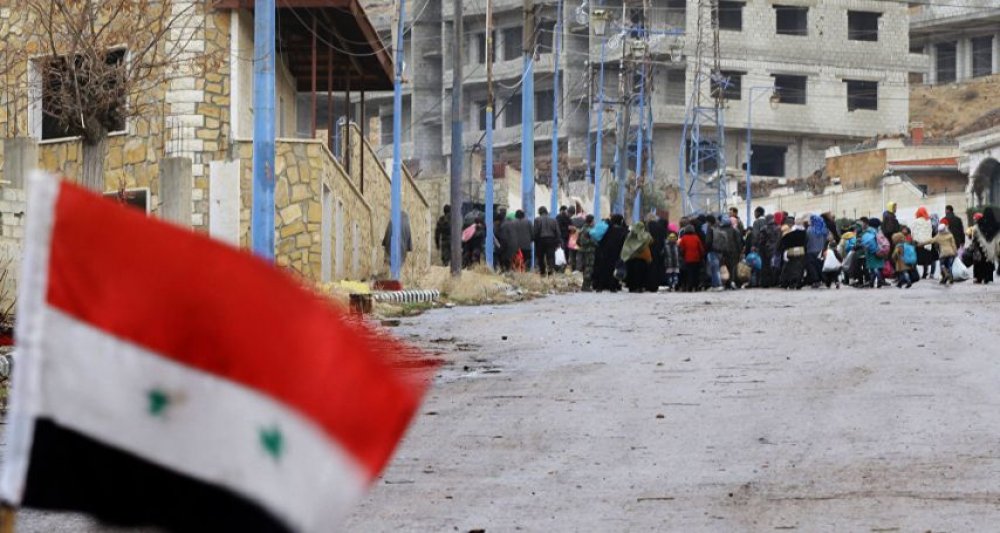 As various parties to the Syrian crisis, including the United Nations, Russia, and the United States, prepare for ‘proximity talks’ to take place this week, and as UN Special Envoy Stefan de Mistura attempts to put a positive face to a ceasefire he oversaw, it was clear within twenty-four hours of the ceasefire going into effect that it would not hold. Within the first week of the ceasefire a total of 135 people were killed according to one monitoring group, although the real number is likely to be much higher.

The cessation of hostilities between Bashar al-Asad’s regime and a selection of opposition groups took effect on 27 February. The ceasefire was orchestrated by Russia and the USA, co-chairs of the seventeen-member International Syria Support Group (ISSG). The joint US-Russian communiqué regarding the aims and logistics of the ceasefire noted that Islamic State group (IS) and al-Qa'ida affiliate Jabhat al-Nusra were not included in the ceasefire agreement, and mandated that a US-Russian-led ISSG Ceasefire Task Force would be responsible for identifying IS- and Jabhat-controlled territory for continued airstrikes. The communiqué also committed all parties to ensure the safe passage of aid to areas requiring it. Within twenty-four hours of the ceasefire having gone into force, however, Russian aircraft are believed to have bombed targets in Hama province around the village of Herbanafsa, where rebels associated with the powerful Jaish al-Fatah faction are operating. In Darkosh, Idlib province, where Ahrar al-Sham (AAS) rebels are in control, the ceasefire is also not holding. Throughout the week following the signing of the ceasefire agreement, suspected Russian aircraft continued to pound villages allegedly linked to JAN and IS and those controlled by the Free Syrian Army, which is a party to the ceasefire. Due to international and regional actors putting their geostrategic goals ahead of promoting a complete winding down of hostilities, the ceasefire is incomplete and is barely holding even in its targeted areas.

The communiqué notes that the identification of armed groups will be based on UN Security Council Resolution 2254. Paragraph 8 of the resolution obligates UN member states to suppress ‘terrorist acts committed specifically by…entities associated with Al Qa'ida or ISIL’. A number of groups so identified by this resolution are backed by the USA – either directly or indirectly through its allies in Ankara, Doha and Riyadh. The powerful components of the Jaish al-Fatah coalition, such as Ahrar al-Sham and Jaish al-Islam, are backed by Riyadh, received training through CIA programmes, and were invited to form part of the Saudi-backed Higher Negotiation Committee. Ahrar al-Sham and Jaish al-Islam have occasionally fought alongside Jabhat al-Nusra, and also alongside Free Syrian Army-linked units, notably in the eastern Damascene suburbs. Ahrar al-Sham’s position on various issues has been particularly ambivalent. It aims to present itself as moderate and accommodating in various Arab media forums, while also stating that it will not abide by any ceasefire, and pledging support for Jabhat al-Nusra. The group opportunistically allies itself with al-Nusra in areas where IS and the Syrian forces pose a threat, while decrying Nusra’s exclusionary Salafism on the international stage to avoid being labelled a terrorist outfit.

Such tactics have provided Russia with the excuse to continue bombing ‘terrorists’. Meanwhile, Riyadh and Washington see groups such as Ahrar al-Sham as a counterweight to IS and regard them as battle hardened enough to be able to hold ground against the Syrian army. Turkey and Saudi Arabia will likely continue arming and funding certain groups within Jaish al-Fatah; Riyadh hopes to bolster its main proxy groups as the war enters a new and more unpredictable phase. Ankara hopes to strengthen groups that can win political and military victories against the Kurds. The ambition of the most powerful Syrian Kurdish armed group, the Peoples Protection Units (YPG), is to link the Kurdish cantons of Efrin with other Kurdish cantons ofCizire and Kobani by a strip of Syrian territory disputed between various rebel groups and IS. By linking these three cantons the PYD-YPG would be able to forge a contiguous Kurdish-controlled territory in order to entrench its social project and block supply routes to Jabhat al-Nusra, IS and other rebel groups. Ankara views this ambition as a direct attack on its security and foreign policy goals in Syria; an autonomous Kurdish area on its southern border could provide the armed Kurdistan Workers Party (PKK), which has renewed hostilities with the Turkish state, with a safe haven. Furthermore; any experiment in autonomy could provide inspiration to Turkey’s own restless Kurdish population. Turkey has therefore been shelling YPG positions along the border and threatened intervention into Syria – which is unlikely given the strong involvement of Russia.

Another important element of the ceasefire communiqué is the humanitarian aspect. Parties to the ceasefire are obliged to ‘allow humanitarian agencies rapid, unhindered and sustained access throughout areas under their control’. UN and partner aid agencies had planned to deliver life-saving aid to 154 000 civilians this week, but even this is subject to the politics of the groups involved, with many areas still subject to air raids. The siege of Deir al-Zor, wherein 200 000 people are trapped, continues because IS, which controls that territory, is not part of the agreement; and airdrops which were meant to ease the plight of the besieged inhabitants have been missing their targets.

De Mistura expressed hope that increased aid to besieged areas and a lull in the violence could set the stage for the revival of the halted Geneva peace talks. He wants ‘proximity talks’ to begin on 10 March. It is likely that the Syrian regime will attempt to create a situation on the ground before then that will grant them maximum negotiating power. Riyadh and Ankara, meanwhile, will look at ways to prop up rebel factions in order to both block both an Iranian diplomatic coup and a roll back of Kurdish goals.

Last modified on Wednesday, 09 March 2016 00:38
Tweet
More in this category: Russia's 'withdrawal' from Syria: Has Putin realised his objectives? »
back to top