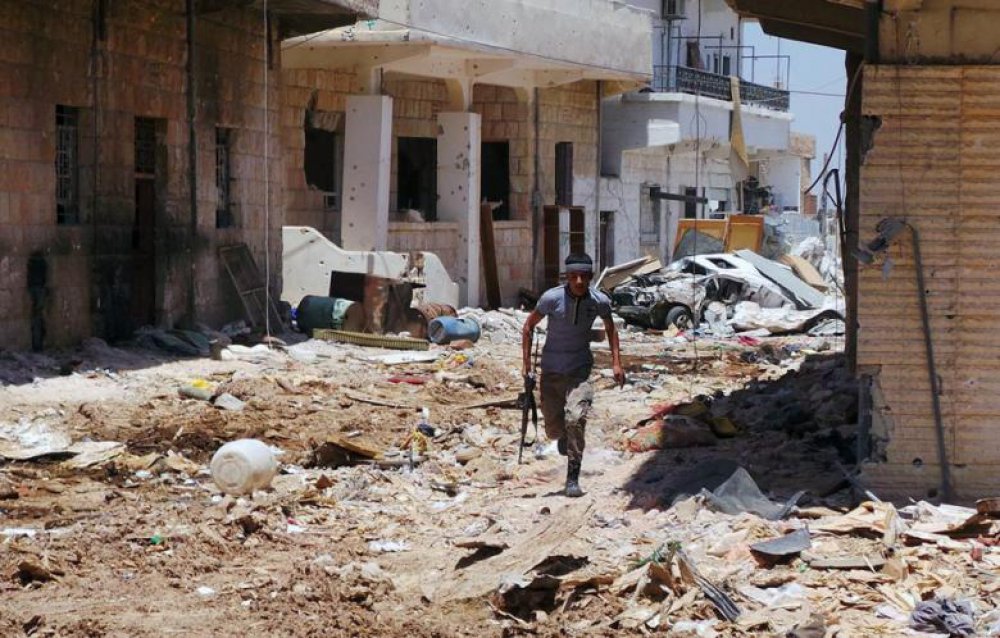 Until a few days ago, Qusayr, which links Damascus to the Mediterranean coast, borders on Syria’s Alawi heartland, and is close to the border with Lebanon, was a rebel-controlled town in the Homs Governorate and a critical rebel supply route from Lebanon. The Syrian army’s assault on Qusayr had already begun mid-April, but intensified over the past week with Syrian armed forces, assisted by fighters from the Lebanese Hizbullah movement, making rapid gains and now controlling at least sixty per cent of the town.

Recent strategic victories and roll backs by regime troops – including the recapturing of strategic towns considered lost to the Asad government, such as Khirbet Ghazaleh on the Damascus-Jordan road – means the already undergunned rebels could now be left with Turkey as their single major source of supplies – especially weapons. Considering the recent more chilled support for the rebels from the Turkish prime minister, Recep Tayyip Erdogan, and Russia’s commitment to supply the Asad government with advanced S-300 ground-to-air missiles, Asad has reason to feel confident. The supply of the S-300s – a consequence of an infuriated Russia’s response to Israel’s attacks on Syrian government targets in early May – is significant. It effectively rules out the possibility of a functioning no-fly zone, not that anyone was expecting such a zone to be implemented. It is also significant when one considers that Russia had, in the past, refused to supply the same missiles to another of its allies, Iran.

The outcome of the battle for Qusayr could significantly alter the trajectory of the conflict. One Qusayr activist said the battle could ‘decide the fate of the regime and the revolution’. Despite fierce resistance from highly motivated opposition fighters, including the well-trained and ideologically-driven fighters of Jabhat al-Nusra or the Syrian Islamic Front, they are significantly outgunned and under increasing pressure as the army pounds the city with tanks, heavy artillery and warplanes, leaving scores of fighters and civilians dead. Recognising the implications of an Asad victory in Qusayr, Syrian National Coalition head, George Sabra, appealed to rebel forces across Syria to head to Qusayr and assist in the stand for the town. But, considering the National Coalition has no great influence as to what happens on the ground amongst rebel forces, it is hard to predict whether his call will be heeded. Forces from Aleppo’s al-Tawhid Brigade are, however, heading to the strategic town.

Controlling Qusayr would consolidate Asad’s hold on Damascus, as the town connects the capital with Lebanon’s Baqaa Valley, a Hizbullah stronghold. It is not accidental that government roll backs have coincided with the influx of Hizbullah fighters into Syria. It would also strengthen the Syrian government’s negotiating position ahead of the proposed USA-Russia peace conference planned for next month and dubbed ‘Geneva 2’. Asad’s confidence will no doubt be buoyed into believing he can win this war.

Qusayr represents even more than a potential ‘gamechanger’. With Hizbullah’s Shi’a fighters pitted against Sunni fighters from al-Nusra, the sectarian nature of the Syrian conflict has been potently underscored. This was further highlighted by chilling threats by a Free Syrian Army spokesperson in Turkey, Colonel Abdel-Hamid Zakaria, that Shi’a and Alawi communities will be ‘wiped off the map’ if Qusayr were to fall.

Qusayr also threatens to inflame regional tensions, particularly in Lebanon, whose political, sectarian and social fabric is deeply entwined with that of Syria’s. Since the intensification of the battle for Qusayr intensified last week, the northern Lebanese city of Tripoli has seen fighting between pro- and anti-Asad camps, leaving at least ten people dead.

Last modified on Thursday, 19 February 2015 15:10
Tweet
More in this category: The Syrian Revolution: Possibilities for what lies ahead »
back to top