Published in Syria
By Al-Jazeera Centre for Studies 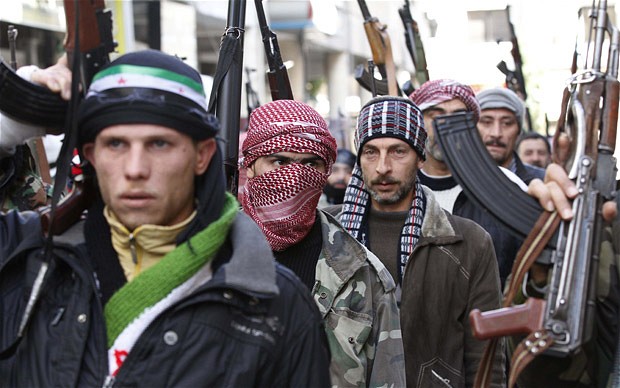 The civil war in Syria seems dramatically to have passed the point of no return in September 2012. This development is due to the Syrian regime having lost momentum in its ground assaults against rebel bases in the north, south and central areas. Instead, it started relying on long-range shelling from artillery bases located near urban areas. The army’s use of military aircraft and helicopters – which seem to operate outside of normal rules of engagement and unconcerned about minimising human casualties and
destruction to property caused by bombs dropped in rural and urban populated areas – also prompted this new trend in the war. Responding to the aerial attacks, the rebels, possessing the initiative, switched from tactics of attrition to taking control of more regime military sites. Further, the rebels are successfully maintaining extensive sieges on the Syrian forces’ bases in preparation to take them over at a later stage. Added to that, since late October 2012, there has been an escalation in the pace of the rebels’ operations in Damascus and its countryside, placing unprecedented pressure on the political-military force of the regime.
The regime forces’ decline on multiple fronts
Events on the ground in the last three months point to a decline in the presence of the regimes forces on most battlefronts – especially in the northern and northeastern areas of the capital and its countryside.
The northern front: (Aleppo and Idlib)
The most notable events and developments in the military situation in can be described as follows:
The most notable events and developments of the military situation in Aleppo are as follows:
The northeastern front (Deir el-Zour, Hasaka, Raqqa) 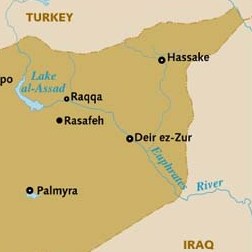 Since the outbreak of the uprising, the northeastern part of the country has been a source of concern because of the water, agricultural resources and oil in that region and because of the tribal, linguistic and cultural ties of the area with the western and northwestern provinces of Iraq, a situation which poses a threat to the regimes in both Damascus and Baghdad.
The most significant military developments in Deir el-Zour are as follows:
In Hasaka, a tacit agreement has been reached between the regime and the Kurdish Democratic Union Party (the Syrian branch of the Kurdistan Workers’ Party (PKK) in Turkey) that the latter would maintain order in the province so that regime forces could focus on operations elsewhere. Following this agreement, the rebels managed to take control of the Ras al-Ain border crossing with Turkey (8 November 2012). The province is characterised by a diverse demography comprised of Kurds, Arabs, Turkmans, Assyrians and others. The rebels expanded their operations in the triangular area between Ras al-Ain, Tel Tamer and Aaliyah after taking control of the towns of Asfar al-Najjar and Tal Halaf.
In the Raqqa area, the rebels have taken control of the border crossing of Tal-Abyad (19 September 2012), thus completing an arc of control which includes all the border crossings with Turkey except Kasab in the far west of Latakia province.
Rebels also control the strategic town of Solouk and their forces are expected to completely control the rest of the province and the vital locations in it such as al-Thawra embankment and the city of al-Tabaqah.
Battle of Damascus: the last round
At the end of July 2012, the Syrian regime announced it had regained control over all districts in the capital and most of its countryside after an unsuccessful attack by rebels mid-July. However, rebels initiated a new round of clashes at the end of October, prompting the regime to use its elite 4th Armoured Division, the Republican Guard and members of the Special

Forces from the 14th and 15th divisions. Military aircraft were also used to bomb targets inside the capital for the first time since the outbreak of large-scale battles, in Jobar neighbourhood on 30 October, for example.
The most significant military developments in Damascus are:
Along with these three fronts, clashes on other fronts are draining the regime’s strength, thus indirectly bolstering the rebels in the battles on the three main fronts. The other fronts include:
The regime’s major mistakes
A close survey of the state of operations on the ground indicates that the areas under the regime’s control are shrinking. It also shows that the regime has lost the capacity and will to regain the areas it has lost. Furthermore, it shows that the rebels are taking the initiative on all fronts, including the capital, thus exposing a disruption in the regime’s command structures at the political and military levels. This can be linked to a number of mistakes resulting from the manner in which authoritarian regimes such as the Syrian government assess the state of play and make strategic decisions.
The most prominent of these mistakes have been:
There are several factors that help explain how the regime has managed to survive despite the deteriorating conditions on the ground and despite its military mistakes. The main factor is the tenacity and cohesion of the narrow circle of officials who are tightly holding onto the ruling Asad family. Also, the regime’s military forces have not yet reached the point of implosion. The rate of defectors ranges from seven to ten per cent of the total military forces. In addition, the fact that the Alawi sect is, in general, opposed to the popular uprising also contributes to the regime’s steadfastness. Finally, the political divisions within the opposition (despite some remarkable gains seen after the establishment of the National Coalition for Syrian Revolutionary and Opposition Forces in Doha on 11 November). This in turn has led to a delay in the process of forming a united military force.
From a political perspective, an analysis of the future would indicate that, due to growing international recognition of the National Coalition and to the military achievements of the rebels, the regime is undergoing a process of rapid deterioration in terms of its military and political capacity to survive for much longer. How long it will survive will be determined by whether it is able qualitatively to change the balance of forces on the ground; by the willingness of international powers to intervene militarily; and by the regime’s readiness to end its state of denial and to commence negotiating its departure so that it might stem its losses and avoid having to account for various actions that might qualify as crimes against humanity.
* This article was first published in Arabic by AlJazeera Centre for Studies and translated to English by AMEC
Last modified on Thursday, 19 February 2015 15:27
Tweet
More in this category: Qusayr: The battle that could change the Syrian crisis »
back to top