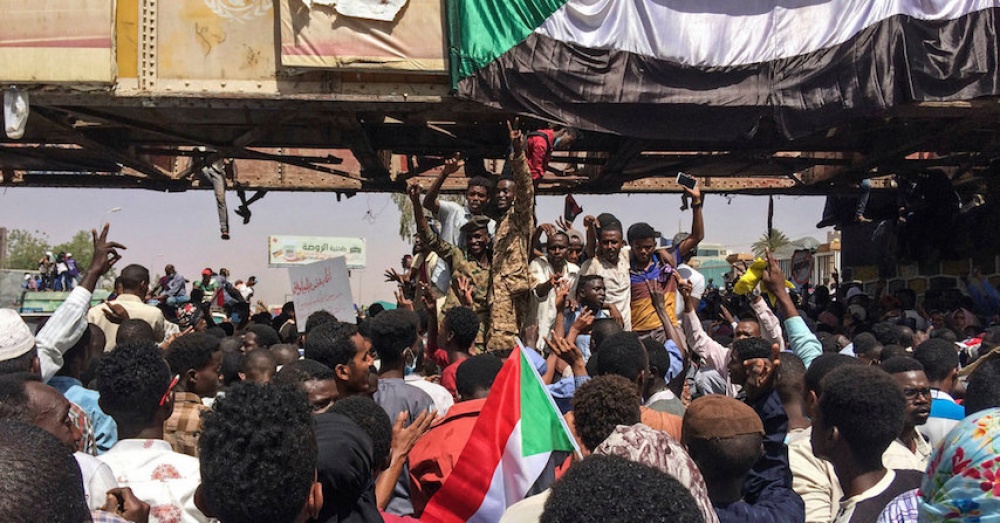 Since the military ouster of Sudan’s President Omar Al-Bashir, early on Thursday, 11 April, after three months of protests, different military factions have been jostling for control of the state. The continuation of protests that began late December has helped reveal the factionalism, as different groups within the state seek to instrumentalise the protest movement. This suggests that protesters still possess some power, despite the army taking charge, if they maintain the ability to mobilise the citizenry. This, however, will likely become increasingly difficult as the military tries to split the movement by negotiating minor concessions while protecting its central role.

In the weeks before his ouster, Bashir had been consolidating control. The size and scope of protests, which had followed the tripling of bread prices, were diminishing and were largely confined to the capital, Khartoum and its twin city Omdurman. Furthermore, his 22 February 2019 cabinet reshuffle, in which military officials were appointed to key positions, seemed to tether the army’s fate to his survival. This, however, began to change on 6 April when protest leaders strategically marched on the military headquarters in Khartoum, which also contained the presidential palace. a week-long sit-in ensued, with personnel of the National Intelligence and Security Services (NISS) clashing with soldiers, as the agency unsuccessfully attempted to violently disperse the protests.

Bashir’s forced resignation was followed by the military’s announcement of the formation of a military council to oversee a two-year transition. The constitution was suspended, a three-month state of emergency declared, and a no-fly-zone instituted, indicating the intention of the security apparatus (consisting of the military, NISS and state-supported militia groups) to protect its interests and oversee a transfer of power to its chosen successor. When Bashir’s resignation did not end protests, the military council head and former defence minister, Lieutenant-General Awad Ibn Awf, and his deputy on the council, Lieutenant-General Kamal Marouf, both resigned on 12 April and were replaced by Lieutenant-General Abdul Fattah al-Burhan and Lieutenant General Mohamed Hamdan Daglo (also known as Hametti). Burhan is a former inspector-general of Sudan’s armed forces, and was the main liaison between Saudi Arabia and Sudan in relation to Sudanese troops’ participation in the Yemeni civil war. Hametti headed Sudan’s Rapid Support Forces (RSF), a paramilitary force formed out of the notorious Janjaweed militia, which Bashir used in Darfur. Power struggles within the security apparatus also played a major role in the resignations, with Hametti and NISS head, Major-General Salah Abdullah Mohammed Saleh (also known as Salah Gosh) attempting to benefit from Bashir’s ouster. There was thus a twelve-hour period between Bashir’s resignation and the military’s first announcement of its role in the resignation and how it envisaged the situation developing, suggesting that there was a struggle around who should be in charge during the transition. Gosh subsequently resigned, on 13 April; besides being another victim of the factionalism, his leadership of NISS was also unacceptable to the protesters. Because Bashir had relied on the security apparatus (the army and intelligence services) to protect his thirty-year rule, he allowed a balance in their powers; that balance has now been upset, allowing the factionalism to come out into the open. He had also empowered militia groups, especially Hametti’s Rapid Support Forces (RSF), to assist him to consolidate control in outlying areas, including Darfur.

Burhan has been attempting to present a conciliatory front, as someone who is not tainted by past abuses. He vowed to allow opposition figures to be part of the transition process; to release political prisoners; committed to allowing a civilian to become prime minister during the transition; promised not to crack down on protests, apply the night-time curfew, and to repeal restrictions on the media. However, he insists that the military will control the critical defence and interior ministry portfolios during the transition. He also announced that any soldiers who had participated in protests would be fired, called for protests to end, and has not clarified the powers of the opposition in nominating the transitional government or being involved in it.

Protesters, under the banner of the Freedom and Change Alliance (FCA), a coalition of the Sudanese Professionals Association (SPA) and older political forces such as the Sudanese Communist Party and the Ummah Party, have vowed to continue mobilising, and have not been placated by the military’s vague promise of protesters having a say in the transitional government. Further, the SPA and FCA have named their negotiating teams, most of whom are little-known professionals. They have called for an immediate transition to civilian rule, said they would allow military officials only minor roles in the government, and want a four-year transitional process. Further, they have called for the disbanding of the NCP, removal of the head of the judiciary and prosecutor general – who was subsequently fired, and expressed concern over Hametti’s growing influence. Clearly, there is still a great distance between the two parties’ stipulations.

Regionally, countries such as Saudi Arabia and the UAE have sought to secure their interests by expressing support for a transition and cautioning protesters to consider the ‘national interest’. Gosh’s resignation has upset the plans of both countries Saudi Arabia and the UAE, which together with Israel and the USA saw him as Bashir’s successor since he had been the main liaison between Khartoum and the USA, especially in relation to counterterrorism activities. Nevertheless, it is unlikely they will be unhappy with Burhan at the helm; he has good relations with Saudi Arabia and had been the main liaison regarding Sudanese troops in Yemen. Qatar and Turkey will likely lose influence with the disbanding of the NCP and arrests of a number of Islamists who were close to those states. Further afield, a troika consisting of Norway, Britain and the USA has called for an inclusive transition, while the African Union belatedly responded by giving the military council fifteen days to transfer power to civilian rule, or have Khartoum suspended from AU activities.

With Sudan experiencing its fifth coup since independence, together with three other attempted putsches, and losing around a third of its territory and seventy-five per cent of its oil wealth as a result of South Sudan’s secession in 2010, the problems currently besetting the transitional regime, like those experienced by Bashir, are likely to endure. The resilience of the protesters, however, provides hope for more substantial change. In its negotiations with the military and its attempts to build a new Sudan, the FCA leadership needs to focus on building resilient institutions that can withstand charismatic personalities and allow for smoother alternations of power, rather than allowing mere changes in names and parties at the helm.

Last modified on Wednesday, 17 April 2019 15:53
Tweet
More in this category: Geopolitics of Sudan Revolution - Presentation to AMEC »
back to top