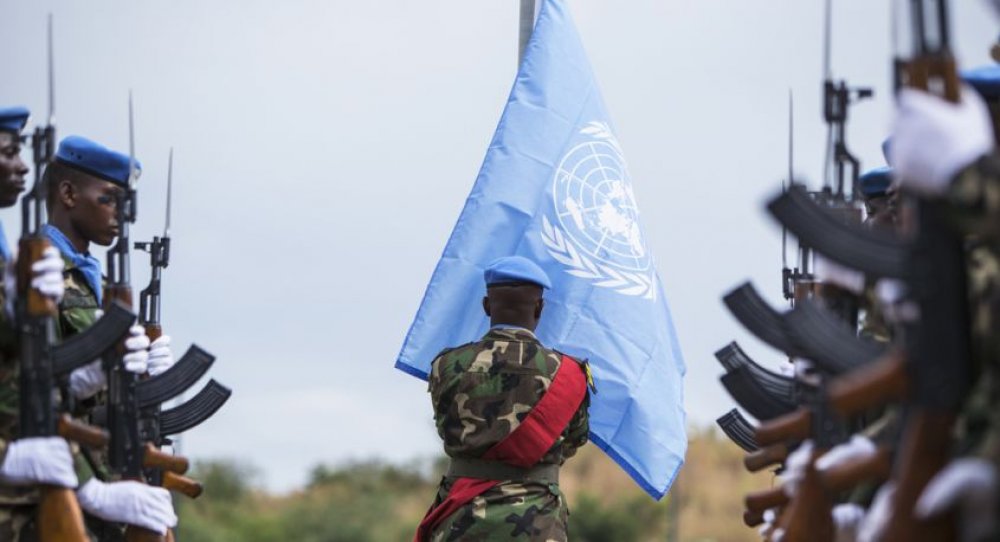 The recent African Union decision adding a more ‘robust’ peace enforcement component to the current 12 000 strong UN mission in South Sudan (UNMISS) risks further militarising an ostensibly political conflict over resources and patronage. Further, even if implemented, the proposed force will be difficult to sustain in light of the complex and overlapping nature of the conflict and the differing agendas of outside actors. The ‘temporary’ replacement of now former vice president Riek Machar with Taban Deng through an internal coup in the Sudan People’s Liberation Movement in Opposition (SPLMIO) underscores the complexity and fluidity of South Sudanese politics and alliances.

The decision, at the just-concluded AU heads of state summit in Rwanda, follows a proposal by the East African Inter-Governmental Authority on Development (IGAD) for the AU to request that the UN expands its mission in South Sudan to include peace enforcement modelled on the Force Intervention Brigade (FIB) in eastern Congo. The proposal came in the wake of a collapsing power-sharing agreement between the two main protagonists in South Sudan, President Salva Kiir and Vice-President Riek Machar, in early July when conflict erupted between their security details in Juba.

Since its establishment in 2011, South Sudan has experienced continual conflict; first was the clash imposed on it by its northern neighbour, Sudan, over oil revenue and borders in 2012; more recently – between December 2013 and August 2015 – militia allied to Machar and Kiir clashed. That conflict was halted through a power-sharing agreement reached in August 2015, in terms of which the rivals would retain their prior positions as president and vice president, and would integrate parts of their militia. The deal only came into force in April this year when Machar was restored as vice president and entered Juba with 1 400 troops as part of the pact. The agreement was fraught from inception. It assumed that there were only two belligerents, Kiir and Machar, and failed to integrate other groups such as the Shilluk clan (South Sudan’s third largest tribe after the Dinka and Nuer), and address more localised concerns between tribes over land and revenue distribution. Further, it failed to adequately consider the roles played by outside forces such as Uganda in propping up Kiir, skewing the balance of forces and disincentivising compliance. Moreover, it failed to adequately consider South Sudan’s fractious history and lack of institutional capacity as engendering a situation wherein securitisation is prioritised and instrumentalised by political actors. Thus, even before the agreement was concluded, Kiir expressed dissatisfaction, arguing that it was a foreign imposition, and because militia loyal to him held the balance of power. Further, no effort was made toward reversing his decision to redraw South Sudan’s provincial borders, increasing the number of provinces from ten to twenty-eight in order to benefit tribes and militias loyal to him. Deng’s power play – possibly engineered by Kiir – changes little because South Sudanese politics is still governed by force, and Deng’s support and influence in this area is less than Machar’s.

The proposed intervention force will be hamstrung by a number of factors. First, distinguishing the main belligerent in an arena wherein there is a multiplicity of groups – often with local grievances – will complicate and stall armed intervention measures. This is especially true in light of Machar’s ‘temporary’ replacement. Will UNMISS distinguish between Machar’s well-armed support and that of Deng, who is even distrusted by Kiir?

Moreover, the brigade is to comprise forces from Ethiopia, Uganda, Rwanda and Sudan, all with differing interests in the conflict, which currently support different actors, maintain antagonisms toward each other in the quest for sub-regional hegemony, and – in the case of Uganda – has already deployed thousands of troops to support Kiir.

Further, South Sudan’s lack of central institutional governing capacity and fractious nature will complicate territorial handovers and administration efforts. The neutrality of the force will also be questioned, impeding its legitimacy. This is mainly because UNMISS has often coordinated activities with Kiir’s forces, even when these had been accused of being partly responsible for intensifying the most recent conflict. Notably, UNMISS’s mandate included working with Kiir’s government in the pursuit of state building following South Sudan’s independence, and, at the conflict’s inception, the force was outnumbered and outgunned, and forced to rely on the government for its survival.

Last, the global economic slowdown will mean that funding the expansion will be challenging. Already, some EU members have reduced their contributions to peacekeeping missions by over twenty per cent. This is significant, as the brigade will not only comprise a few thousand troops, but will require advanced weaponry and airpower to confront government forces. Even in the DRC, where the FIB has been viewed as a template for the South Sudan mission, problems are currently plaguing the mission.

The AU resolution thus will escalate the militarisation of a complex political matter. A properly enforced arms embargo could contain the situation better, and allow time to conceptualise and implement a more inclusive power-sharing agreement through IGAD, especially since South Sudan is landlocked and reliant on its neighbours, and because the USA and China can pressure the Ugandan and Sudanese governments to comply. Moreover, this would require less funding and be easier to implement. In the meanwhile, conflicts continue in Jonglei, Equatoria and other states, while the international community is fixated on the capital Juba, and on the notion that there are two clearly distinguishable belligerents.