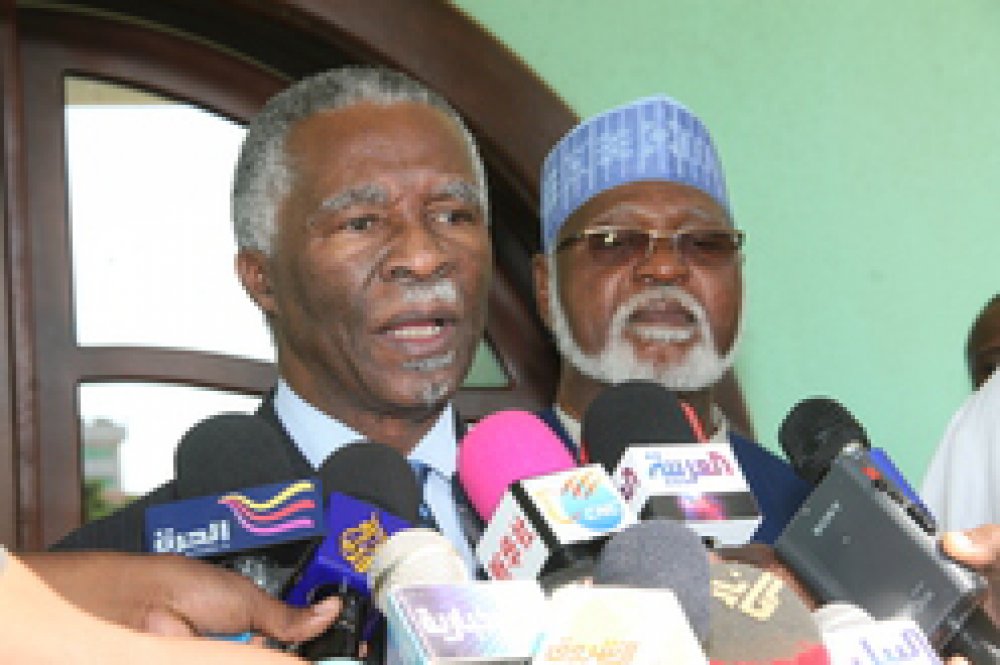 If the referendum in South Sudan results in secession of the South, former South African president Thabo Mbeki told audiences at two universities in Sudan, it is imperative to understand that it will not divide into an 'African' south and an 'Arab' north. The African Union, he said, believed firmly that northern Sudan is no less African than the south, and that if Sudan divides into two countries, both will have to embrace diversity. Therefore the north and south will need to work together to bring about and build two viable states through ongoing cooperation in the political, security, economic and social dimensions, and building a special relationship of good neighbourliness, friendship and solidarity across what will be the longest international border on the African continent. Mbeki was speaking on the eve of the week-long historic referendum of Southern Sudan which began on 9 January 2011 and sought to determine the future of Sudan – and South Sudan in particular. In two similar speeches, the former president and chairperson of the African Union High Level Implementation Panel for Sudan spoke at the University of Khartoum and the University of Juba on 5 and 7 January respectively.

Mbeki was speaking on the eve of the week-long historic referendum of Southern Sudan which began on 9 January 2011 and sought to determine the future of Sudan – and South Sudan in particular. In two similar speeches, the former president and chairperson of the African Union High Level Implementation Panel for Sudan spoke at the University of Khartoum and the University of Juba on 5 and 7 January respectively.

Both addresses kicked off with brief explanations of why the Panel was created at the end of 2009. The Panel for Sudan was created after the success and conclusion of the AU Panel in Darfur, and was done so in order to allow the African continent as a whole to unify and jointly work with the government and people of Sudan. The mandate of the Panel covered all the important challenges currently facing Sudan as a whole. The challenges that the Panel faced, as articulated by Mbeki, were: '(i) to pursue policies it had adopted focused on the resolution of the conflict in Darfur, (ii) to assist in the implementation of the Comprehensive Peace Agreement, and (iii) to support the process of the democratisation of Sudan.' Although both speeches were identical in this way, it was only in the Khartoum address in which Mbeki emphasised that the Panel did not come to Sudan as foreigners, but as fellow Africans who were convinced that they shared a common destiny, and therefore the aid provided to Sudan did not come from other countries atop a high and superior pedestal, but rather from a place of friendship and solidarity, of sisterhood and respect.

Mbeki voices the opinion of the Panel that the current attempt by the southern Sudanese people to exercise their right to independence and to rule themselves was seen to be a fitting end to the struggle that has plagued the region and its people for decades. The people of South Sudan have been fighting for their independence for almost a century, and it seems now they may be closer than ever to achieving it. Both addresses placed this fight for independence within the history of the conflict which allowed the students and casual observers present in the audience to understand the seriousness of what was about to be undertaken by Sudan, and to feel inspired by the actions and examples set forth by Sudanese patriots and their predecessors who laid down their lives, and made many other sacrifices to ensure that the people of Sudan had the possibility freely to determine their own destiny today.

However, despite this positive outlook for Sudan, numerous challenges that will face the newest state on the African continent (if the referendum causes the division of Sudan) were outlined. This was given greater detail and elaboration in the Juba address, where Mbeki said the most important challenge that South Sudan will face is one that many on the African continent suffer from: underdevelopment. However, he assured his audience that such a challenge will be met head-on through policies such as the 'South Sudan Reconstruction and Development Programme', which will be 'pursued and implemented in the context of peaceful co-existence with her neighbours, starting with northern Sudan'. This alone will not be enough, Mbeki said, and such a program will 'have to be anchored on a democratic, developmental state capable of articulating and mobilising the necessary capacity from amongst the people to implement its programme with the people as the central pillars of that programme. Necessarily, this means that the new southern Sudan state will have to articulate and develop relations with the rest of the region, the Continent and the world while paying attention to the creation of its own internal capacity to respond to its own developmental challenges.'

If the referendum results in the secession of the south, its independence will be a cause for celebration across the entire African continent, Mbeki said. It will allow for further creation of 'conditions for self-fulfilment,including celebration of our languages and cultures and the affirmation of our identities,' he added. As the 'people of Southern Sudan exercise their right to self-determination, so will they continue to address the important issue of how they should contribute to the larger Pan-African project' of African solidarity and unity. Sudan as a whole has the ability to bring about real change and unity on the continent and has been given an opportunity no other state has yet been afforded.

The referendum, he said, will be a cause for celebration regardless of the outcome. Either way, Sudan will emerge as a true contributor to the emancipation and transformation of the African continent. It can only be seen as an opportunity for Africa's advancement and a spur further to entrench African solidarity. The Sudanese people have an exceptionally rich cultural heritage and an unparalleled tradition of accepting and absorbing people, a model that should be transported to other parts of Africa. Sudan will act as the model for future African states to frame themselves after, and should be one of the leading figures in bringing about this new era of Pan-Africanism, he said. It is essential, the former president said, that young Africans do not use religion or race to divide Africa.

Mbeki ended with pledges to young Sudanese in the audience. He asked that they realise that their future is one of hope rather than despair, and that Sudan, whether as one country or two, will continue to serve as an African crossroads and will have an important impact on the rest of the continent. He added that, 'The future of Sudan, both south and north, is our future. As Sudanese, both southerners and northerners, you must know that Africa stands and will stand with you regardless of the political season, and that our solidarity and friendship are unconditional. As Africans we know that whatever the challenges of the moment, Sudan will achieve peace with itself and friendship among all its people, which peace and friendship will draw the Sudanese people, their neighbours and all Africa, ever closer together. We, who represent an older generation, which has made its own mistakes and its own contribution to a better Africa, count on you, the youth of Africa, to discover and carry out your own mission, which would surely contain the objective to achieve the renaissance both of Sudan, whether one country or two, and your mother Continent, Africa.'

Last modified on Thursday, 19 February 2015 16:17
Tweet
More in this category: South Sudan: Post-independence opportunities and challenges »
back to top