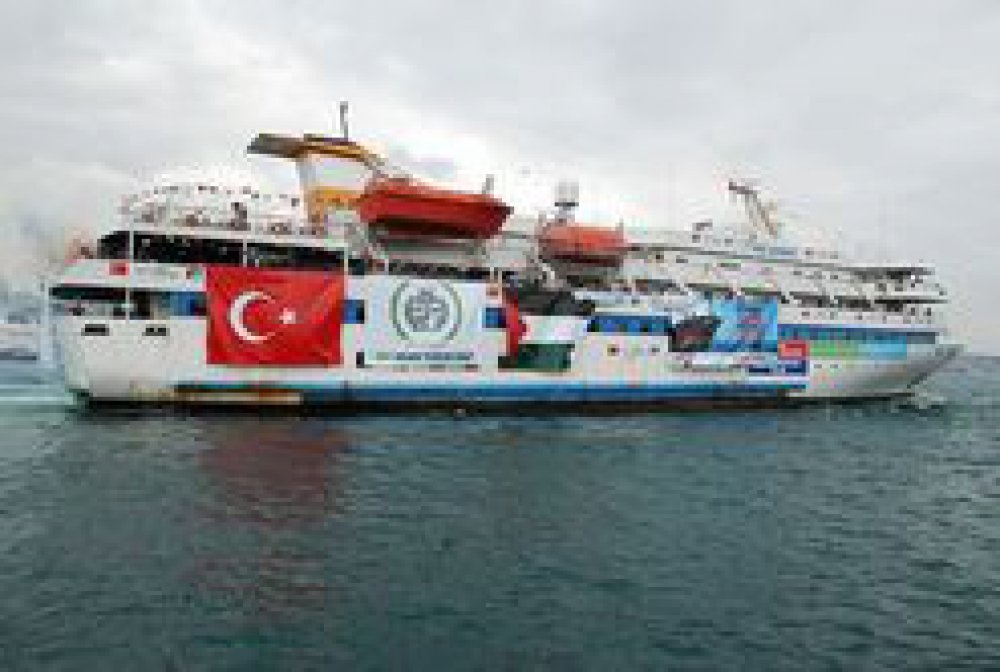 The recall of Ambassador Coovadia followed the summoning by the other Deputy Minister of International Relations and Cooperation, Sue van der Merwe, of Israel's envoy to South Africa, Dov Segev-Steinberg, to issue him a démarche - an official representation of South Africa's disapproval of Israel's raid. Van der Merwe expressed South Africa's deep regret at the loss of life and reiterated that the military attack against civilian activists is totally unacceptable and clearly a case of a disproportionate use of force. She further stated that such a military attack was an aberration from acceptable behaviour on the part of a State party in dealing with civilians and that Israel must be held accountable for its actions under international law. In this regard, the South African Government also supported a full investigation into the matter which should be prompt, impartial, credible and transparent, as well as conforming to international standards.

South Africa joined Turkey in recalling its envoy from Tel Aviv. Officially, South Africa supports the so-called "roadmap" for peace between Israel and Palestine - talks between both parties and the establishment of an independent Palestinian State alongside its Israeli neighbour. However, Israel's raid on the humanitarian aid shipment, in international waters, will be seen by South Africa as yet another example of Israel's unwillingness to make peace in the region. Recently Israel publically snubbed its closest ally, the US, by announcing the expansion of settlements in the occupied West Bank - illegal under Article 49 of the Fourth Geneva Convention relating to the protection of civilians in times of war. That incident severely embarrassed the US but did not prompt it to publically criticise Israel, leading analysts to question whether Israel has become the dominant partner in their bilateral relationship.

From South Africa's point of view, there will be exasperation at Israel's use of military force. This is not the first time that South Africa has questioned Israel's military actions. Last year, the South African Deputy Minister of Foreign Affairs, Fatima Hajaij, gave the Israeli ambassador a dressing down for Israel's Operation Cast Lead against Gaza. South Africa was also disappointed by the criticism Judge Richard Goldstone received from Israel, after the UN report by the esteemed South African judge criticised Israel's disproportionate use of force during the 2008-09 Operation and called for an investigation into war crimes.

But underneath South Africa's exasperation over Israel's military actions is also a growing resentment for the latter's disregard for South Africa's territorial sovereignty. Two incidents are worth mentioning.

First, in November last year, South Africa deported an Israeli security agent after a television expose revealed that he had been operating in South Africa under the guise of Israeli Airline's, El Al, security. It is widely believed that agents from Israel's internal security agency, Shin Bet, pose as airline staff, racially profiling and searching passengers - even passengers not flying on El Al. This practice is in contravention to South African law, which authorises only the police, armed forces or personnel hired by the transport ministry to carry out such searches. Additionally,El Al's security personnel are suspected of carrying weapons licensed to the Israeli Embassy at the airport. South Africa has threatened to deport all of El Al's security staff, in an ongoing spat between the Israeli airline and the South African Government.

Second, in January 2010, Israeli Mossad intelligence agents fled via South Africa on false passports after assassinating Hamas leader Mahmoud al-Mabhouh in Dubai - an incident which prompted an Interpol investigation. Of further concern to South Africa is the fact that CCTV footage of the suspects went missing from Johannesburg's OR Tambo International Airport, leading to suspicions that Shin Bet was once again involved.

Given these incidents, coupled with Israel's failure to keep to the "roadmap", it is unsurprising that Pretoria has recalled its envoy to Tel Aviv. While there has been a great deal of unhappiness on the part of pro-Israeli South Africans, those who support the Palestinians insist that Pretoria has not gone far enough. They say that the next logical step would be for South Africa to translate its displeasure into action beyond her borders by pushing, in the coming months, for multilateral pressure from the African Union (AU), Non-Aligned Movement (NAM), and United Nations (UN) to break Israel's blockade on Gaza in order to deliver humanitarian aid. South Africa could explain this as less of a political maneuver against Israel and more as a commitment to provide humanitarian relief for Gazans. The humanitarian crisis in Gaza would make such action by South Africa less controversial. Pro-Palestinian activists also insist that South Africa must go further by cutting all diplomatic links with Israel, a move that Pretoria has made clear is not on the cards.

South Africa's view is that neither Israel's blockade on Gaza nor its occupation of the West Bank, in as much as they infringe on international law, build confidence in its commitment to peace. Pretoria has already called an end to the blockade on Gaza and to Israel's occupation of the West Bank - both of which increasingly contribute to Israel becoming the 'poster-child' of disregard for international law.

It is also worth considering Turkey's response to Israel, in as much as most of the civilians affected by Israel's raid were Turks - including four of the nine casualties. Given the fact that this happened in international waters and resulted in the detention of hundreds of Turkish nationals in Israeli prisons, the fallout from the flotilla incident is undoubtedly the most serious rift in Turkish-Israeli relations since the creation of the Jewish State in 1948. It compounds strains that have been developing over the past few months. In January this year, a Turkish diplomat was humiliated in a meeting with his Israeli counterpart - the so-called 'sofagate' incident - leading to a diplomatic row between the two countries. Turkey is also likely to get much international support for its condemnation of Israel, as many countries are growing tired of the latter's continued provocative behaviour in the international arena. For example, Israel's assassination of Mahmoud al Mabhouh involved the illegal use of multiple foreign passports, an incident which led to the expulsion of Israeli diplomats from Australia and the United Kingdom (UK).

Given these transgressions, Israel will be relieved if it can avoid international legal scrutiny over its raid. For this, it has the US on its side. The latter has refused to call for an independent UN investigation into the flotilla raid, saying that an internal Israeli investigation would suffice. The US has also not condemned Israel for its actions. Turkey will be unhappy if it cannot convince the US, a veto-wielding permanent member of the UN Security Council, to change this stance because it is unlikely that Israel would investigate itself thoroughly. As Turkish Foreign Minister Ahmet Davutoglu noted, "Israel is a suspect in this investigation. You cannot be a suspect and an investigator." But even if the US is unusually critical of Israel (which is unlikely), the close relationship between the two irritates Turkey because it believes the US has double standards. For example, Israel gets away with violations of international law because of its close relationship with the US whilst other countries (like North Korea, Syria and Sudan) are held to higher levels of accountability. The US also refuses to acknowledge a ground-breaking nuclear fuel trade deal between Iran and Turkey, which many countries see as a fair resolution to the Iranian nuclear issue, whilst the US continues to have cordial relations with nuclear countries with a more aggressive military track record - such as Israel and Pakistan.

Aside from its reservation on the US-Israel relationship, Turkey also has a trade deal with Israel which will undermine its ability to pressurise the Jewish state. Turkey has ordered 10 Heron unmanned aerial vehicles (drones) from Israel, to the tune of $185 million, a deal which the Turkish military says will still go ahead.

Thus, it seems that, at least in the immediate future, ties will not be severed between Israel and Turkey - though Turkey is likely to re-evaluate its foreign policy toward Israel. But the flotilla incident will further stall the Israeli-Palestinian 'peace process', as Israel and Turkey engage in what is likely to be a drawn-out public spat. In the coming weeks, Turkey will try to lobby members of the UN Security Council to pressurise Israel, probably calling for an end to its blockade of Gaza, compliance with UN resloutions relating to its occupation of the West Bank and an independent investigation into the flotilla deaths. Israel too will be preoccupied with its own public relations (PR) campaign to convince the world that it acted in self-defence and still has what it calls 'the most moral army in the world'. However, a spin-off of its PR campaign might include welcome gestures towards the Palestinians. Already, Israel has allowed the majority of aid on board the flotilla to be delivered to Gaza, which probably wouldn't have happened had the raid not received such global condemnation. Egypt too - after consultation with Israel - has opened the Rafah border crossing with Gaza for the first time since 2007, allowing much-needed aid relief to Gazans.

But whether or not Israel will fundamentally change its stance towards the Palestinians (stop its settlement building, end its blockade on Gaza and occupation of the West Bank) will largely depend on, first, how well Turkey lobbies the UN Security Council and, secondly, (most importantly) how much pressure the US is willing to put on Israel. Any resolution at the UN Security Council which criticises Israel is routinely blocked by the US. Thus, unfortunately, the US remains the only actor in the global arena which can call Israel to account. Nevertheless, the tide of public opinion against Israel's military actions is growing. Despite how Israel shows footage to prove that its commandos were attacked by activists on the Gaza flotilla, most countries believe that Israel used excessive naval force with no clear justification.

More in this category: Report on Muhammed Desai sexual harrassment allegations »
back to top