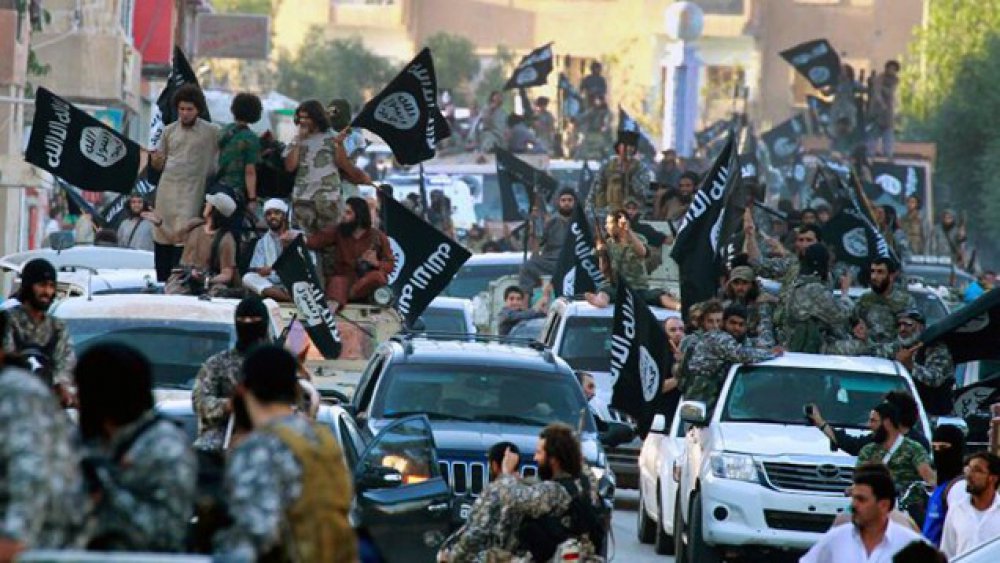 A better understanding acknowledges that while IS has not been able to add to its rapid advances from last year in Iraq, it now controls about half of Syria’s land mass. Though this does not mean it exercises control over a majority of the population – and includes that part of the Syrian population, such as some tribes on Syria’s eastern edge, that was only nominally connected to the central authority in Damascus, – it is incorrect to suggest that IS is on the defensive or losing territory in Syria.

It should have been evident to any cursory follower of the region that IS would not, at least in the short term, be able to expand much beyond the Sunni regions it already controls in Iraq. To use this fact to suggest that IS is on the defensive represents a misunderstanding of a fundamental part of IS’s strategy which is, first, to capture, and, second, to hold and build the areas it captures. Thus, a prognosis on the organisation cannot be given by looking at the lack of growth in its territorial control. Rather, it is essential to analyse the success or failure of the second phase of IS strategy: its management of territory that it already controls, the activities of its affiliates outside Iraq and Syria, and the influx of foreign fighters into its ranks.

On all these counts, despite occasional problems, IS is faring sufficiently well. First, consider the management of territory it already controls – probably the most complex of the three indicators. A plethora of pro-IS videos point to the group’s establishment of schools, construction of roads, provision of medical and welfare services, setting up of courts and resolution of disputes, along with the formation of police forces to maintain public order (which for IS ranges from the fair use of weights and measures to regulating the modesty of mannequins outside clothing stores). Similarly, ‘immigration (hijra) guides’ issued by IS to those planning on moving to and settling in IS lands mention how the Islamic State will provide adequate housing and salaries for all those who wish to migrate. For example, the South African citizen with the moniker Abu Hurayrah al-Afriqi, who migrated to IS territory last year, joked that internet services there were better than in South Africa.

While it is tempting to dismiss these assertions as pro-IS propaganda, much of it has been verified by other sources. One problem that is frequently raised as confronting civilians under IS control is that of electricity. It is clear the delivery of electricity has been a problem in certain areas, creating resentment amongst locals. However, complainants often also mention IS efforts to provide generators. This is not to suggest that all is well in territories within IS control, or that there is no dissatisfaction among civilians under its control. After all, IS did kill over three hundred members of a single Iraqi tribe last November. Similarly, there are reports of some Syrian tribal leaders becoming dissatisfied with IS because they are no longer able to collect taxes. However, as long as IS maintains a stranglehold over the information coming out of its territories, and the civilian population under its control is unable to arm and organise itself, it will be very difficult to estimate the level of antagonism it is breeding within.

IS’s service delivery is also ‘subsidised’ by the Iraqi and Syrian governments, which have continued paying salaries to state employees living under IS control, especially in Mosul and Raqqah. Presumably, the respective governments want to use the salaries as leverage over civil servants (especially if these areas are recaptured), and because they do not want to create further antagonism against themselves. This has been useful for IS, but could become a problem if the two governments decided to cease salary payments. To what extent the drying up of these monies could affect IS coffers is difficult to establish. What is clear, however, is that this situation allows IS some financial leeway in not having to pay some of those providing municipal and other services. A huge issue that is alienating many people is IS brutality and conservatism, even though some see it as necessary to maintain peace and order in a time of war. And there is the often-repeated criticism that IS discriminates against its local recruits in favour of foreigners by giving the latter higher salaries and more benefits.

Despite these – often serious – problems, in order to survive, IS just needs to ensure is that the population living in its territories likes it better than the alternatives. And the alternatives, for many, are not appealing. In Iraqi areas controlled by IS, where many people are still stinging from their perceived betrayal at the hands of Baghdad after they had helped defeat IS’s predecessor, al-Qa'ida in Iraq, a common sentiment among the people is that while IS is bad it is the least of the evils besetting them.

The second indicator of IS’s health is the activities of its affiliates outside Iraq and Syria. With the announcement of certain prominent organisations such as Boko Haram in Nigeria, sections of the Pakistani and Afghan Taliban, and the Caucasus Emirate in Russia pledging their allegiance to IS, the group’s international profile is on the rise. While some seasoned jihadi leaders – such as the recently deceased Nasir al-Wuhayshi of al-Qai'da in the Arabian Peninsula, and the Jordanian Abu Muhammad al-Maqdisi – have not accepted IS, and have condemned it for causing divisions among jihadis, even they do not simply dismiss the group.

More crucially, with the recent high profile attacks in Afghanistan, Yemen, Kuwait, France, Egypt, Saudi Arabia and Tunisia being linked to IS sympathisers, IS does not seem like an actor that is restricted to the Syrian and Iraqi theatres. While it is unlikely that the IS central leadership in Iraq or Syria was directly involved in or gave its blessings to these specific operations, there is definitely an exchange of personnel and tactical information between IS's provincial groups – such as those in Chechnya, Libya and Egypt – and the centre in Iraq and Syria. This is another way of understanding IS’s claim of it ‘expanding’; its expansion cannot only be measured in terms of an increase in territorial control within Syria and Iraq, but must consider the spread of its tentacles in the rest of the world.

Our third indicator is the inflow of foreign fighters into IS’s ranks. The group’s propaganda and battlefield exploits are succeeding in attracting an increasing number of sympathisers and the number has increased in the last few months. While most Muslim organisations and scholars have condemned IS and its brutal methods, it cannot be denied that there is a tiny minority that finds IS’s claim that it is building an Islamic utopia, or challenging the global order through its perverse sense of retribution, quite appealing. The total number of foreign fighters in Syria and Iraq has already surpassed the number of fighters attracted by the nearly decade-long 1980s conflict in Afghanistan. Though it is unclear what percentage of this has joined IS, it can be assumed that of the fighters going to Syria, an increasing percentage is linking with IS.

*IS then, contrary to some claims, is far from exhausted. Indeed, it would not be far-fetched to suggest that it will survive into the foreseeable future. Its slogan, ‘remaining and expanding’, is bearing fruit, even if that does not translate into taking over all of Syria or Iraq and the continuation of its lightning advances from 2014. IS strategists have an evolving understanding of what ‘remaining and expanding’ entails. At this stage, they do not see it as necessarily involving a quick stretch of sovereignty over all of Syria or Iraq. The measure of success is simpler: continued existence as a pseudo-state, providing services to the population under their control, and increasing sympathy throughout the world, whether through more immigrants, regional affiliates, or lone wolves willing to carry out attacks in its name.

Last modified on Friday, 16 October 2020 15:03
Tweet
More in this category: ISIS in Africa: Reality far different from IS propaganda »
back to top