‘The enemy of my enemy is my friend’: Hamas brokers deal with Dahlan to ease humanitarian strain in Gaza 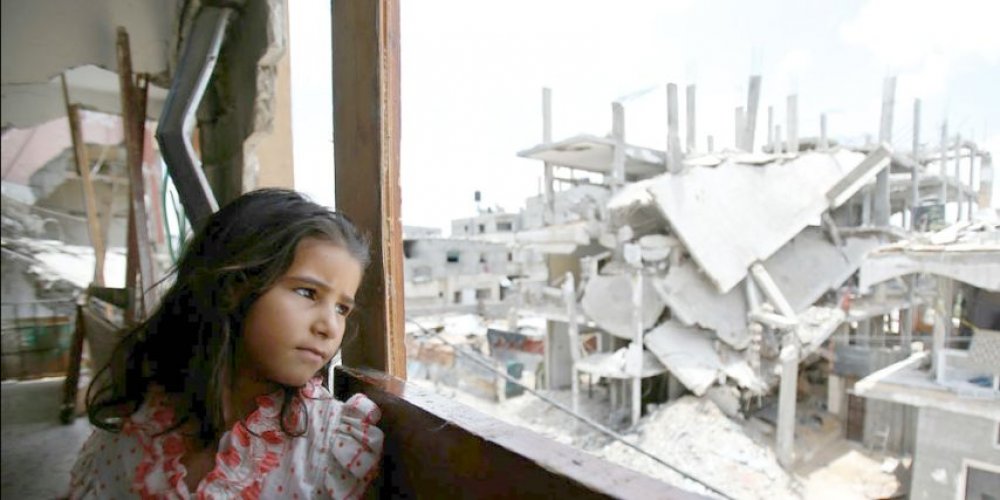 The threat of the collapse of Gaza Strip as the siege on the territory and the consequent humanitarian crisis worsens resulted in the Hamas leadership seeking help from neighbouring Egypt. This especially after Israel drastically reduced electricity supply to Gaza because of Palestinian Authority (PA) president, Mahmoud Abbas, deciding to cut electricity payments for Gaza. Delegations from Hamas’s political leadership met on numerous times with representatives of the Abdel Fattah El-Sisi government in recent months.

Marking ten years of its control in the tiny besieged territory, Hamas seeks to end the blockade (imposed by Israel in 2007 and followed by Egypt) by Egypt, and to ease the deteriorating life conditions faced by the two million Palestinians in Gaza. Pushed to desperation by the alarming humanitarian situation, Hamas has even agreed to Egyptian requests that the Palestinian resistance movement meets with Mohammed Dahlan, the strongman that once ruled the PA security apparatus in Gaza with an iron fist.

The renewed relations with Egypt have also allowed Hamas to engage with the Israeli government on a prisoner-exchange deal through Egypt, negotiate with Egypt over the supply of fuel for Gaza’s electricity generating plant, and receive a commitment for the opening of the Rafah border crossing in September to allow for free crossing of Palestinians between the strip and Egypt.

During the one-year presidency of the Muslim Brotherhood’s (MB) Mohamed Morsi, Egypt’s first democratically-elected president, Hamas enjoyed good relations with Egypt, which eased the blockade and allowed for trade and movement of Palestinians through Rafah. With the overthrow of Morsi in a military coup, the Egyptian government cracked down on MB members and supporters, and put pressure on Hamas. The Palestinian group’s historical links with the MB, and the warm relationship between the Egyptian government and Israel had made Hamas’s relationship with the Sisi government hostile, and led to the closure of Rafah. Relations were further complicated by fighting in Sinai as claims were made of Gaza residents joining the fighting alongside Islamic State group (IS) fighters behind the Sinai insurgency. The impact of this was felt in Gaza by ordinary Palestinians who now face even worse living conditions due to electricity shortages. The Ramallah-based PA has been on a campaign to tighten the noose around Gaza after reducing the salaries of thousands of civil servants in Gaza, and retiring 6 000 of them.

Rafah is critical for Gazans since Israel has blocked access for them, and many have resorted to using underground tunnels to smuggle goods in and out of the enclave. Previous relations between Hamas and Egypt have been strained because of good relations between Egypt and Israel, which also resulted in an Egyptian blockade on Gaza. The Egyptian military has waged a war against Gaza’s tunnel economy since the blockade began. Egypt has razed thousands of homes in the Sinai and flooded tunnels to quell the smuggling of goods. Egypt contends that the tunnels allowed for the arming of IS insurgents in Sinai.

Hamas has been promised that an arrangement with Dahlan could see Gaza receiving the basic supplies it needs to survive. Such an arrangement will, however, also bolster Dahlan’s campaign take control of Fatah, the PA and the PLO. Dahlan has denied he has any designs on leadership in Gaza, but his supporters have already started making their way back as part of the Egypt agreements.

Discussions between Hamas and Egypt have also covered a possible prisoner exchange between the Palestinian movement and Israel. Hamas head Ismail Haniyeh said the group was in talks with the Israeli government through a ‘third party’ to release Hamas prisoners in Israeli jails. The ‘third party’, Egypt, has communicated to Israel that Hamas wants the release of fifty-four detainees who were part of the 2011 swop for the Israeli Defense Forces (IDF) soldier Gilad Shalit who was held by Hamas. The Palestinian prisoners were rearrested in 2014, and Israel has refused to release them unconditionally.

The Hamas visits to Cairo in February, June and July saw talks with Egyptian officials, including members of the intelligence sector. The Hamas officials also met with Dahlan, who is a trusted friend of the Egyptian government and an advisor to the crown prince of the United Arab Emirates, Mohammed bin Zayed. Dahlan has been working to find a way back into the Fatah leadership after being expelled from the group in 2011. He was responsible for planning a coup against Hamas in Gaza after the Islamist movement won legislature elections in 2006. After the Hamas delegation, headed by Gaza leader Yahya Sinwar, returned from the Cairo meeting in June, Egypt delivered fuel to resuscitate a power plant in Gaza. In return, Hamas began constructing a security buffer zone along the southern border with Egypt in response to Egyptian demands for increased security in the area.

Dahlan’s involvement comes with the promise of funds from the UAE, which will help him to re-launch his leadership bid. It is a plan masterminded by the UAE, implemented by Egypt and backed by Arab leaders (and Israel). For Hamas, turning to Dahlan is a means to an end; finding common cause with an enemy of an enemy has led to Egypt agreeing to open the Rafah crossing, if the security situation in Sinai is improved, and the UAE has pledged $100 million for the construction of a power plant on the Egyptian side of the border with Gaza.

Certain Arab leaders hope to neutralise Hamas, while Israel prefers to eliminate it completely. Gaza’s dire humanitarian plight, which threatens Hamas’s rule in the strip, is an ideal opportunity to marginalise Hamas and bring into leadership a man who has proved to be a reliable proxy for the USA, Israel and the UAE. Fatah leader Mahmoud Abbas is in a precarious position, and his delaying in forging a reconciliation with Hamas could result in him losing power to his rival, his long-time rival.

Last modified on Tuesday, 08 August 2017 14:11
Tweet
More in this category: Why Palestinian reconciliation is likely finally to succeed »
back to top