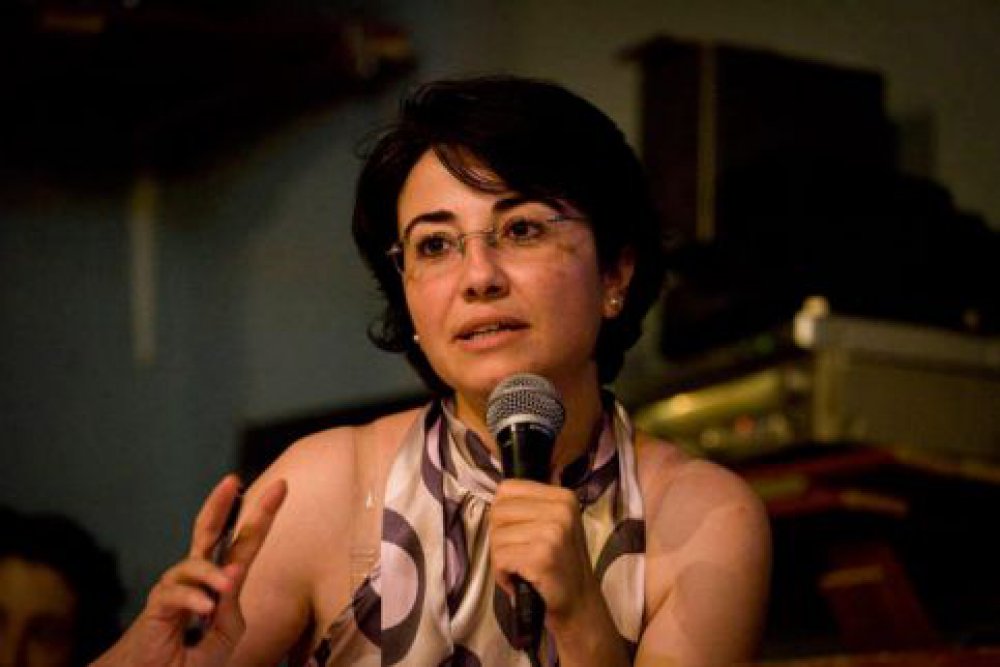 Zoabi also focused on the targeting of dissenting voices and Palestinian politicians in Israel – an experience she could speak very personally to. In 2010, she participated in the 'Freedom Flotilla' on board the MVMavi Marmara which was attacked by Israeli Defense Force commandos and,in November 2011,she participated in the Russell Tribunalon Palestine in CapeTown. She was stripped of her parliamentary privileges for taking part in the flotilla and after her testimony at the tribunal – where she, ironically, accused Israel of targeting Palestinian parliamentarians and dissenting voices – some fellow Knesset members attempted to have her stripped of her citizenship (a threat also made to Zoabi after the Marmara incident).

Zoabi is one of three Palestinian Members of Knesset(MK) representing the Balad party (out of a total of ten Palestinian MKs represented in the 120-seat Knesset). Balad draws most of its votes from Palestinian citizens but has the support of a small, but loyal, Jewish vote. Balad challenges the Zionistideology and founding tenet of Israel – that Israel should be a Jewish State. Instead, the party calls for a state for all its citizens. This has brought it into conflict with the state and has seen the drafting of aproposed law by MKDanny Danon(Likud) in December 2011 that looks to dismissordisqualify any MK or party that fails to recognise Israel as a Jewish state. Shortly after her return from South Africa, Binyamin Netanyahu called for early elections to beheld this September. Danon subsequently announces that he was looking to petition the Central Elections Committee to bar Zoabi from the nineteenth Knesset. Netanyahu's expansion of his ruling coalition and withdrawal of the proposal for early elections gave a temporary reprieve to Zoabi and Balad.

Last modified on Wednesday, 18 February 2015 13:31
Tweet
More in this category: Netanyahu’s calculations: Coercing Washington into attacking Iran »
back to top