From Maracanã to Gaza: ‘shooting’ and ‘firing’ 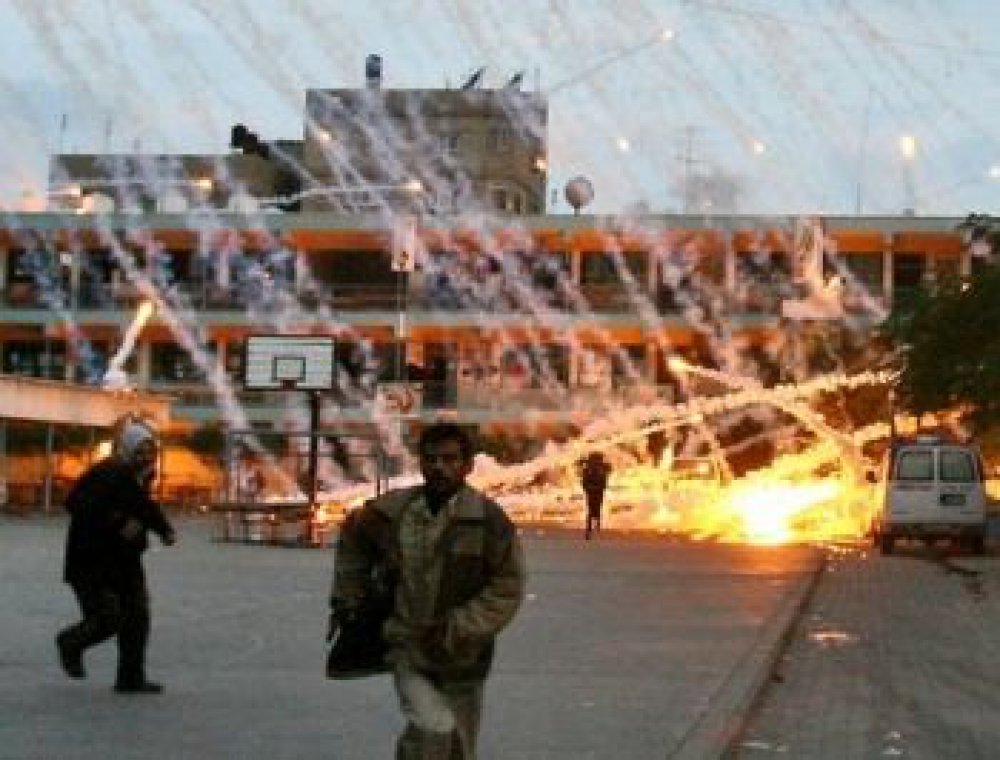 The gilt-edged skills on display for nearly a month in Brazil are no ‘match’ for the blood-curdling war ‘games’ surgically executed by US-made Israeli planes that have been ‘slicing’ into human flesh in Gaza since early July this year.

It has been interesting to observe how often the sportsmen who played ‘to the death’, seeking victory in the mythical Estadio Maracanã and other football stadiums dotted around Brazil during the World Cup, invoked metaphors that reflect the kinds of brinkmanship demonstrated by Palestinians and Israelis as they launch missiles and bombs across their disputed terrains – Gaza and Israel.

Nothing in the ‘beautiful game’ comes close to the kind of horror and terror of the current round of rocket fire and air strikes between Israel and Palestine, not even the ‘pounding’ and ‘beating’ that Joachim Loew’s team inflicted on the defeatist Brazilians in the semi-final. Yet the language of war dominated the World Cup, effortlessly crossing boundaries of language, culture, and geography – and reflected equally in the narratives of Arabic-speaking sports broadcasters and those of their English-speaking counterparts. The British football commentators, probably among the best in the world, use their metaphors to deftly outline the nature of battle, describing how players ‘slice’, ‘blitz’, ‘fire’, ‘hammer’, ‘beat’, ‘pound’ and ‘shoot’.

Of course, the comparison between war and football (and sport in general) is has been made before. Nowadays, in impoverished societies where football is a national sport, the beautiful game serves political ends. Acting as a kind of ‘opium for the masses’, it arouses a kind of blind patriotism that often serves to deflect attention from the misery of daily life, and distract people from addressing issues such as social inequity and political corruption. On the other hand, however, organised and militant football fans such as the Ultras in Egypt, and others in Tunisia and Libya, played a key role in some of the Arab Spring protests, indicating that soccer does not always cultivate political apathy.

It’s all in the timing

Of course, Israel is a masterful player; it has perfected the art of blitzing and firing. More importantly, Israel has perfect timing – choosing to begin firing during the World Cup quarter-finals, when world attention is focused on the games. Of course, Israel also bombs because it can do so with impunity, confident that the Arab states will simply stand by and look on. (How different their response is from that of Mohammed Morsi’s short-lived government, when the likes of the then prime minister Hesham Qandil crossed the border from Egypt into Gaza, and visited hospitals in an unequivocal demonstration of solidarity.) Syria is in tatters; Hezbollah is mired in its own immoral fighting, and Hamas is in increasing disarray – generally aimless and with no pragmatic programme. Israel’s timing could not have been better.

However, no amount of firepower or precision timing can counterbalance the moral defeats Israel has suffered – from Deir Yassin in 1948, to Jenin in 2002 – and that they are suffering again as they continue to besiege and bomb Gaza. The problem is that the Israelis so often go to extremes, using disproportionate amounts of firepower, and displaying their total disregard for Palestinian lives. The world’s obsession with football matches, even if they are metaphors for war, can never really hide the tragedy of conflict, obscure the atrocities of war, or overshadow war crimes being committed – and the Middle East today has more than its share of killing fields from Iraq to Gaza.

The firing in both directions, albeit uneven (as Hamas’s rockets are no match for Israeli firepower), reflects a failure of international diplomacy, including by the Obama administration and the UN (which may be just slightly better than FIFA in that it at least alternates between leadership and corruption) to break the deadlock of a long-standing conflict that defies peaceful resolution.

It is a myth that the Palestinian side is responsible for breaking the tacit truce between Hamas and the Israeli forces. The present conflict is an expression of frustration over failed peace talks, pent-up anger over the crippling siege imposed on a crowded strip of land, the continuous building of new Israeli settlements and the uprooting of Palestinian trees, the confiscation of land and houses, the insensitivity of the ‘Judaisation’ of areas such as Jerusalem, and the victimisation of children like teenager Mohammed Abu Khdeir, and the overall atmosphere of violence that makes both Israelis and Arabs deeply insecure.

In this battle, like all those before it, neither side will escape the firing and shooting without physical and psychological injuries. War is no game.

Both sides will be guilty of dangerous fouls, of breaking down the existing state of ‘not peace and not war’. Hamas’s rockets will not liberate Palestine, change realities on the ground, or win over new friends in Western chancelleries of power. Likewise, while Israel has a substantially competitive edge in terms of the ‘balance of terror’ that it can bring to bear on the Palestinian side, but it will not emerge unscathed, either physically or morally.

The war games being played over the skies of Gaza are not being played with balls made of polyester and latex, nor are medical teams in Gaza equipped to attend to everyone who is injured. Fatalities are mounting, everyone is traumatised especially those who live with the delirium of screaming, petrified and sleepless children. Even more unfortunate are those whose loved ones number among the almost hundred who have been killed so far, or the thousands who have been injured or maimed.

There are penalties, and it is the civilians, both Arab and Israeli, who will live with the consequences. Perhaps the Palestinians should have exercised restraint, given that it is Ramadan and the scorching summer heat. Perhaps Hamas should have chosen to find ways to bring relief to the besieged population rather than reducing them to a heap of misery, as they struggle to cope without water, electricity or medical supplies, and search in vain for allies who will protect them. In this regard, El-Sisi & Co. seem to have chosen to believe that this round of Israeli aggression is being directed at a faction of the Muslim Brotherhood rather than at Palestinian human beings in need of neighbourly moral and material solidarity.

A war game with no trophy

Israeli fighter pilots are not Mario Götze, shooting Israel to glory in a game between two evenly matched teams. There will be no last-minute victory as Israeli officers indiscriminately empty their bomb caches on civilians’ homes. The only trophies will be the charred bodies of innocent people adding to Binyamin Natanyahu’s record as a belligerent politician with blood on his hands – no matter what cause he thinks he is fighting for.

Israel is investing so much in constructingan image of itself as an impregnable fortress: building physical barriers, anti-missile systems, and assembling a war machine with the know-how to implement the tactics of shock and awe learnt from the US. No ‘soft option’ is being presented to the Palestinians, and no serious dialogue is taking place to map out viable areas in which the colonised can rebuild their lives and homes side by side with the Jewish state.

The Palestinianswill continue to hold their nerve. In the face of adversity, they always see things through. And they will do all they can to ensure that Israel’s war games and dreams of victory go up in smoke. Ultimately, Netanyahu will have face up to the fact that no democratic political society or media network is willing to endorse his belligerence.

In a football match, a brilliant finish can produce a winning goal but this war game will have no winners. Israel’s charge must be stopped, but Netanyahu lacks the brilliant touch of footballers like Götze or Messi – whose youth and vitality offer a thin ray of hope for Arab and Israeli children in an ever messy Middle East.