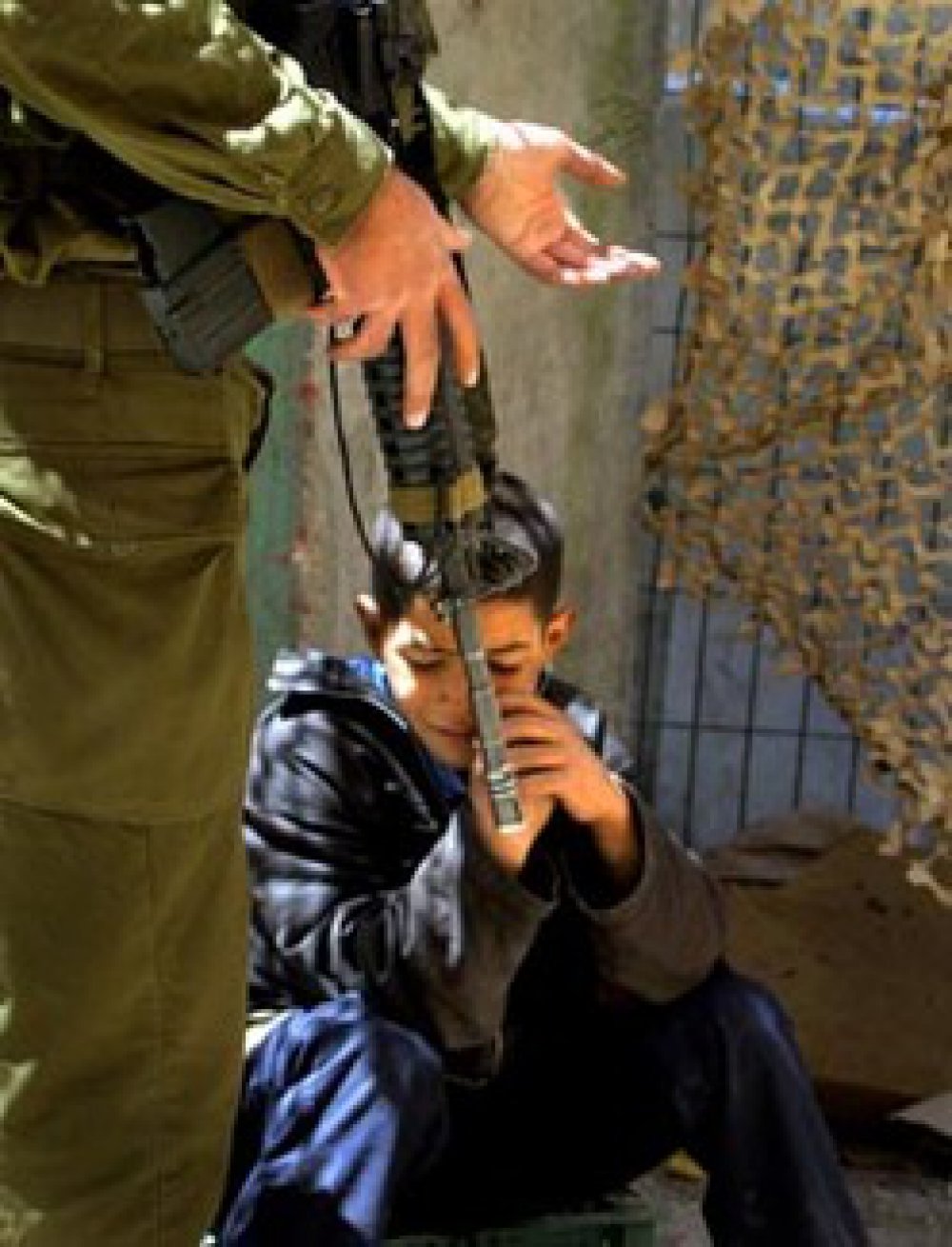 Thus, over the last 17 years of the Oslo process, the number of settlers in the West Bank has tripled to 300,000 Israelis living in 121 settlements and 100 "outposts". Israel has also accelerated the rate of evicting Palestinians from East Jerusalem through refusing to renew or by revoking residence permits of Arabs in the old city.

After years of an open-ended process, the Palestinians have decided that they will not proceed unless there is an agreed-upon vision for the final outcome of negotiations. Palestinian negotiators have reached the conclusion that a two-state solution is little more than a mirage seducing them to remain engaged in futile talks. This realisation is not new, but the Palestinian side's decision to drag its feet until Israel commits to ending the occupation is a more recent development. There are several reasons for this change in tactics.

First, Obama raised Palestinian hopes when he initially insisted that Israel should stop settlement building if negotiations are to resume and succeed. He later buckled under pressure and settled for a partial freeze on settlement building in the West Bank, excluding East Jerusalem. But he had already given what the Palestinian side had long been waiting for - American acknowledgement that settlements are not only an obstacle to peace but that there can be no viable Palestinian state or serious negotiations without a halt to expanding Jewish colonies. "Israel should choose between peace and settlements," became the new motto of the Palestinian negotiators.

Secondly, the Palestinian negotiators realised that they were losing their constituency. The Palestinian people - who deal in the realities around them and not in the media circus of handshakes and vacuous statements about "progress" - gave up on the "peace process" a long time ago.

Even more significantly, the survival of Fatah, the Palestinian movement leading the Palestinian Authority (PA), relied on its asserting of its legitimate representation of the Palestinian people. But the failure of the "peace process" to deliver liberation and rampant corruption led to its defeat by Hamas in the 2006 elections. And while its leader Mahmoud Abbas won the presidential elections, he, unlike the late Yasser Arafat, is not seen as a symbol of the nationalist struggle. In fact, many Palestinians consider the Fatah leader to be too accommodating of the West and Israel, both of which sought to prop him up by convening the sixth Fatah congress last year. But while Abbas was re-elected as Fatah leader, he was given only a conditional mandate to negotiate with Israel. There is to be no direct negotiations without a settlement freeze, and if there is no clear outcome, a Palestinian state is to be established in the West Bank and the Gaza Strip.

Abbas has often ignored Fatah and even sought to marginalise it. But with his term coming to an end, and Hamas posing a growing challenge, he appears to have become more conscious of leaving a legacy which does not see him branded a "sell-out".

Finally, Abbas and the PA concluded that the right-wing Israeli coalition government led by Binyamin Netanyahu has no interest in compromise or in a viable Palestinian state. Netanyahu's public support for a Palestinian state was seen by Palestinians as no more than an endorsement of an Israeli-controlled, fragmented and powerless Palestinian entity. These conclusions were confirmed after several rounds of American-mediated talks led by George Mitchell, the US special envoy to the Middle East, failed to narrow the gap between the two sides.

The Palestinian side reluctantly agreed to so-called "proximity" or indirect talks with Israel partly to fend off pressure from the West and several Arab countries to go into direct talks, and also as a nod to Obama. At the same time, the Palestinian side used the talks to put forward its position and to present a key question to Israel: Does Israel consent to the pre-1967 borders as the boundary of a future Palestinian state?

By presenting this question, the Palestinians sought to ensure that Israel would not succeed in imposing a new map, drawn by the unilateral annexation of Jerusalem and the construction of settlements, which would undermine the sovereignty of a future Palestinian state. In other words, the question probed whether the final outcome of negotiations would be determined by UN resolutions and international law or by the illegal and unilateral actions of the Israeli occupation.

There was no official answer from Netanyahu, but prior to leaving for Washington last week he made his response clear to the Israeli press: Israel will annex all lands controlled by settlement councils (around 42 percent of the West Bank according to a B'tselem report), as well as part of the Jordan Valley, and will, of course, keep East Jerusalem.

But as Obama's envoys to Arab governments have already acknowledged in closed door meetings with Arab officials, the proximity talks were no more than an attempt to show "progress" in the president's efforts to revive a moribund process. Obama needed a semblance of progress to rally Arab support for US policies against Iran, and to appease critics at home. But the proximity talks did not even succeed in giving the impression of movement - something which usually requires the photo opportunities presented by Israeli and Palestinian officials looking towards the cameras.

This is also why, on the eve of Netanyahu's Washington visit, Palestinians agreed to a meeting between Salam Fayyad, the Palestinian prime minister, and Ehud Barak, the Israeli defence minister. While Fayyad is not authorised to discuss any of the major negotiating issues, Obama wanted a signal that Palestinians "appreciated" his pressure on Israel to ease the Gaza blockade, to postpone home demolitions in the East Jerusalem neighbourhood of Shaikh Jarrah, and partially to freeze settlement-building in the West Bank.

The meeting did not amount to much in terms of the "peace process" but it cost the PA dearly in terms of perceptions. The pictures of the two men together helped ease the increasing isolation of Israel over its recent deadly interception of the Gaza-bound aid flotilla.

<p " align="LEFT">The Palestinian side believes that consenting to Obama's request was necessary to avoid a confrontation, but the meeting was insufficient for Obama who wants to see more tangible results. He is pressuring the Palestinians into direct talks in return for extending the partial freeze on settlements that expires in mid-September. <p " align="LEFT">The Israelis have made it clear that they will not extend the settlement freeze unless the Palestinians resume direct negotiations, and the Israelis have already announced a plan to build 2,700 housing units as soon as the freeze ends.

Abbas now faces a challenge that could be his final opportunity to regain some lost credibility and popular faith. He must refocus Obama's attention on the settlements and the occupation, thus defeating the Israeli goal of shifting the focus to the Iranian threat. But he is also under immense Western, and even Arab, pressure to resume direct talks with Israel at any cost, if he is to ensure the flow of financial assistance to the PA.

But the Israeli side also faces a dilemma. Israel needs direct talks to ease international pressure over the Gaza war, settlement expansion, the expulsion of Palestinians from East Jerusalem and the flotilla raid. In fact, it stands to lose more than the Palestinians if it refuses the US offer. However, regardless of whether direct negotiations will take place or not , none of the possible scenarios seem sufficient to salvage the "peace process".

* Lamis Andoni is a researcher and journalist who focuses on the Palestine-Israel issue.

Last modified on Wednesday, 18 February 2015 15:01
Tweet
More in this category: America's faltering search for peace in the Middle East: openings for others? »
back to top