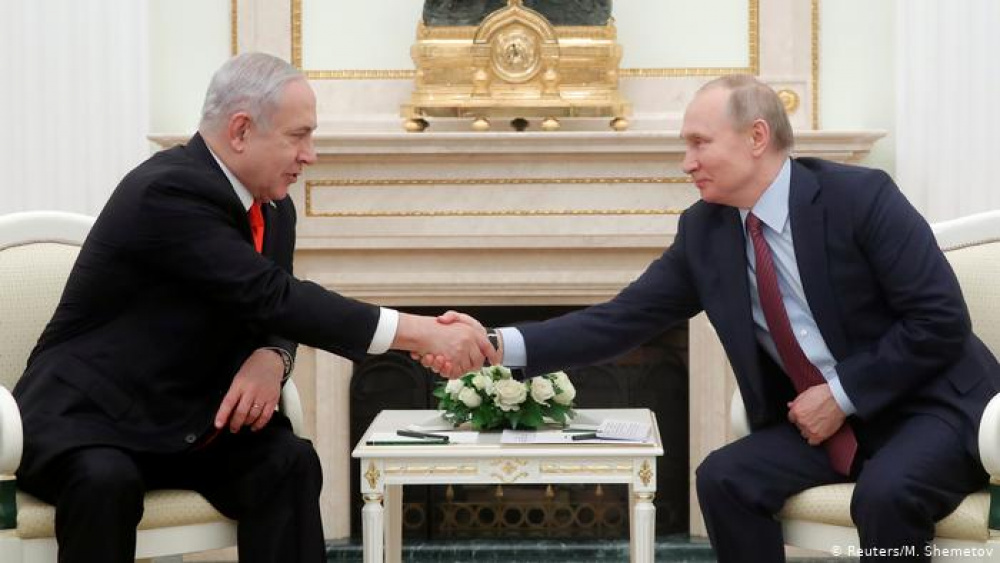 Clearly, a political shift is taking place on both fronts: the USA away from the region and Russia back to it. If this trend continues, it could lead, in the not-too-distant future, to a major paradigm shift. The Israelis are justifiably concerned at the potential loss of the unconditional support of their American benefactors. ‘There are 195 countries in the world, and…Biden has not contacted 188 of them,’ Herb Keinon wrote in The Jerusalem Post, adding, ‘but only in Israel, people are concerned about the significance of this delay.’ The concern is justified as Israel has been Washington’s most prominent ally for years, both in the Middle East and globally.

It is unclear whether Netanyahu’s relegation during Biden’s early days in office is an indicator that Israel – indeed, the Middle East – is no longer an American priority, or whether it is just a warning message to Netanyahu, who has been a vocal supporter of Biden’s predecessor, Donald Trump. Thanks to Netanyahu’s foreign policy calculation, support for Israel has, in recent years, become an unprecedented partisan issue in US politics. While the overwhelming majority of Republicans support Israel, only a minority of Democrats now do so.

Netanyahu’s recent behaviour – supportive of Republican president Trump and hostile to Democratic president Barack Obama – earned him a special status within Republican ranks and made him persona non grata among Democrats. It is equally true, however, that the USA seems to want to politically and militarily divest from the Middle East altogether.

In Biden’s initial days in office, a major restructuring has already taken place among the staff of the US National Security Council, flipping the previous structure ‘where the Middle East directorate was much bigger than it is now and the Asia portfolio was managed by a handful of more junior staffers’, according to Politico.

However, it is not only Washington that is shifting its geostrategic centre of gravity. Russia, too, is undergoing a major restructuring in its foreign policy priorities. As Washington retreats from the Middle East, Moscow cements its presence in the region, which began gradually with its calculated involvement in Syria in 2015. Moscow now offers itself as a political partner and a more balanced mediator between Israel and the Palestinians.

Like the USA, Russia might not necessarily see its political involvement as a precursor to actually solving the Israel occupation, though Moscow, unlike Washington, insists on the centrality of international law and UN resolutions in the quest for a just solution. Middle East analyst at the Polish Institute of International Affairs, Michał Wojnarowicz, arguesthat Russia’s involvement in the Palestinian-Israeli issue is consistent with its overall Middle East strategy, aimed at building ‘a network of influence among regional actors and boost its image as an attractive political partner’.

The New York Times offered a variation of this view in 2016, when Moscow began translating its strategic gains in Syria to political capital throughout the region. It was during this time that the USA-sponsored ‘peace process’ had reached a dead end, giving Russia the opportunity to float the idea of Moscow-sponsored talks between Israelis and Palestinians. ‘Russia’s new-found Middle East peace push, part of President Vladimir V. Putin’s reinsertion of Moscow into the region in a profound way after years of retreat, seems to be about everything but finding peace in the Middle East,’ the paper argued. ‘Instead, it is about Moscow’s ambitions and competition with Washington.’

At the time, Netanyahu rejected the Russian overture, hoping that a US Republican administration would grant Israel all its demands without having to make any concessions. The Palestinians, including movements like Hamas and Islamic Jihad that have been isolated by the USA and other western powers, found in Moscow a welcoming environment, and, crucially, an international power able to balance Washington’s blind support for Israel.

Despite Israel’s refusal to engage with the Palestinians under Russian auspices, many Palestinian delegations have visited Moscow, culminating, in January 2017, in a political breakthrough when Fatah, Hamas and other factions held serious talks in Moscow with the hope of bridging their differences. Although that round of talks did not result in Palestinian unity, it served as Russia’s political debut in a conflict that had lain squarely within the American geopolitical space.

Since then, Russia has remained involved through well-structured efforts championed by Putin’s special envoy Mikhail Bogdanov. These efforts are channelled through three different approaches: inter-Palestinian dialogue, Palestinian-Israeli dialogue and, more recently, intra-Fatah dialogue. The latter, especially, is indicative of the nature of Moscow’s involvement in the multi-layered conflicts at work in the region. Even when Palestinian groups are finalising their previous agreements in Cairo, top Palestinian officials continue to coordinate their actions with Moscow, and with Bogdanov, personally. Russia’s credibility among Palestinian groups is boosted by similar credibility among ordinary Palestinians as well, especially as it emerged in January that Russia will supply Palestinians with the Sputnik V COVID-19 vaccine, scheduled to be available in the Occupied Palestinian Territory soon.

Moreover, while Washington publicly declared that it will not roll back any of Trump’s pro-Israel actions, Russian Foreign Minister Sergei Lavrov is pushing for an international peace conference on Palestine, which he hopes will be held in the coming months. The USA now has no other option but to slowly retreat from its previous commitments to the ‘peace process’, and, in fact, form the region as a whole, leaving an opening for Russia, which is laying claim to the role of peace broker, a seismic change that many Palestinians are already welcoming.

Ramzy Baroud is a Non-resident Senior Research Fellow at the Afro-Middle East Centre, and the Editor of The Palestine Chronicle. His latest book  is These Chains Will Be Broken: Palestinian Stories of Struggle and Defiance in Israeli Prisons.

Last modified on Thursday, 11 February 2021 11:45
Tweet
More in this category: Palestine’s widening geography of resistance: Why Israel cannot defeat the Palestinians »
back to top