Postponed: Unveiling of Trump's 'deal of the century' frozen as Israel heads to fresh polls 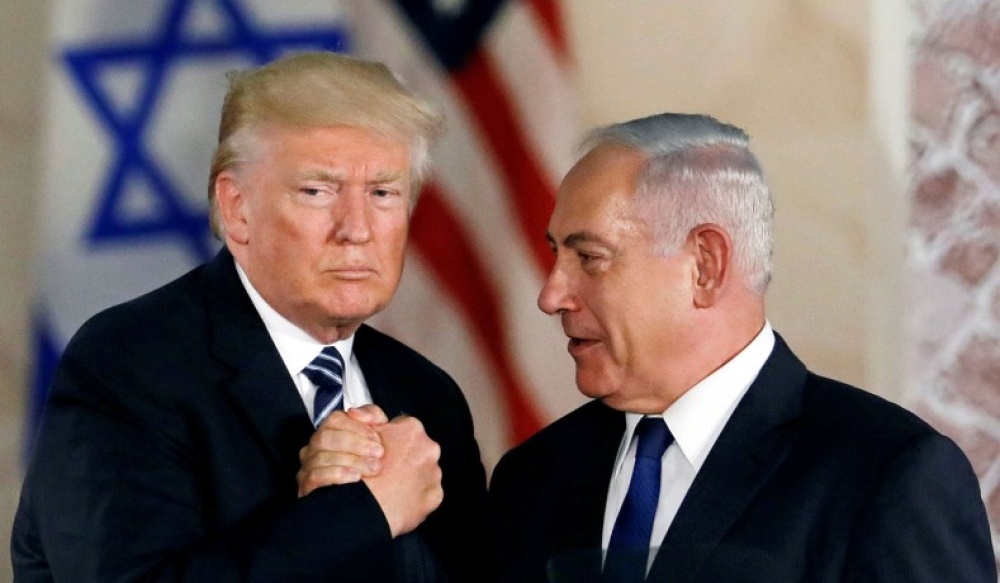 Touted by its architects as the ‘deal of the century’, US president Donald Trump’s plan for Palestine and Israel has had to again be kept hidden as Israel heads back to elections after a failure by its prime minister, Binyamin Netanyahu, to form a government. The decision for new elections (in September) followed a vote by the newly-inaugurated 120-member Israeli Knesset (parliament), hours after Netanyahu announced he could not form a coalition government, plunging Israel into political chaos. The news was hugely disappointing for Trump, who had been waiting for Netanyahu’s government to be appointed before unveiling his plan. Instead, it now sits in limbo as Netanyahu fights for his political survival and Palestinians reject the proposal outright, based on leaks about what it contains. Trump’s administration has resorted to revelations in small doses, evidenced by the announcement that the economic part of the deal will be unveiled at a 25-26 June summit in Bahrain. This strategy postpones the grand announcement while allowing Israeli occupation to continue unabated. Israel, meanwhile, is in political turmoil, with Netanyahu fighting corruption charges, and increasing tensions between right-wing Orthodox Jews and secular right-wing groups.

The right-wing bloc, led by Netanyahu’s Likud party, secured major gains in the April election. He was elected prime minister after securing sixty-five votes from the 120-member parliament. The bloc is comprised of Likud (thirty-five seats); Kulanu (four seats); the Union of Right-wing Parties (URP) (five seats) that includes the Kahanist Jewish supremacist Jewish Power Party and Yisrael Beitenu; the ultra-orthodox Shas (eight seats) and United Torah Judaism (eight seats). It had hoped to form a coalition government similar to the one in 2015. Netanyahu, however, failed to get his partners to agree on critical issues, and to break a stand-off between the religious ultra-orthodox parties on the one hand and the racist leader of Yisrael Beiteinu, Avigdor Lieberman on the other. Lieberman’s disagreement with the religious parties rested mainly on his insistence on passing the Haredi draft law, a controversial document which seeks to conscript religious Jews into the army (orthodox Jews are currently largely exempt from conscription). The religious parties were unwilling to compromise on the exemption of their members from military service, despite Netanyahu’s efforts. And Lieberman refused to concede, eventually collapsing the coalition effort.

Lieberman has since used Netanyahu’s failure to form a government to garner support for his party, and lambasted the beleaguered prime minister for bowing to pressure from the religious parties. Lieberman hopes to win additional seats in the September elections, and thus wield more influence in coalition talks. If he succeeds, he could weaken Netanyahu by reducing the number of Likud seats. On the other hand, Netanyahu is also working tirelessly to shift the blame to Lieberman for forcing Israel into fresh elections. It seems, therefore, that Netanyahu’s biggest challenge for the September election will be from parties from his own right-wing bloc rather than from ‘centrist’ Blue and White party he battled against in April.

Despite the standoff between Lieberman and the religious parties, Netanyahu also faced several hurdles with other parties in his right-wing coalition. These included managing the demands of Kulanu leader Moshe Kahlon who insisted on being finance minister. URP leader Belazel Smotrich also demanded key portfolios for his members, specifically the justice and education ministries. The URP remained aggrieved even after the Knesset’s dissolution because Netanyahu appointed a senior Likud leader as justice minister. Smotrich has threatened to again push for that ministry, which is key for new legislation; he hopes to use it to introduce biblical laws in Israel. If this insistence persists, it would pose a major threat to Netanyahu if he wins the September election.

The decision to hold new elections in September could not have come at a worse time for Trump’s long-awaited announcement of his ‘deal of the century’, engineered by his adviser and son-in-law Jared Kushner and US Middle East envoy Jason Greenblatt. The deal’s unveiling was to be after the Muslim fasting month of Ramadan. Trump and Kushner had hoped that by then a new Israeli government would be in place to receive a deal heavily biased towards Israel. With Israeli politics plunged into uncertainty, Kushner and Trump are concerned about their plan, which has already been rejected by the Palestinians.

On a recent visit to Israel, Kushner sought reassurance from Netanyahu. He had travelled to the region as preparation for the25-26 June Economic Summit in Bahrain, where he is expected to announce plans for economic incentives for the Palestinians. He will ask that the financial proposals, which are regarded as the economic part of Trump’s deal, be funded by the Gulf states that will attend the summit – Saudi Arabia, the United Arab Emirates (UAE) and Qatar. Kushner also met leaders in Morocco and Jordan, in an ultimately successful attempt to convince the two kingdoms to attend the summit.

Israel’s political chaos is now posing problems for Kushner, who had been looking forward to revealing the plan he and his father-in-law had been working on since 2017. Nevertheless, both of them will happily allow Israel to quietly continue expanding the occupation of Palestinian territory as contained in the deal. Leaks suggest the deal will allow Israel to build and expand its illegal settlements in the West Bank (including in Jerusalem), will entrench Israeli control of Palestinian air, land and sea borders, will subject certain Palestinians to military rule, and will deny the right of return of Palestinian refugees. In the context of the current Israeli political reality, the new Kushner strategy is to release the plan in small doses starting with the economic plan to be announced in Bahrain. It will likely focus heavily on the besieged Gaza strip, and will involve economic incentives and plans for Gaza that will be operationalised by Egypt and Qatar.  For the political part of the plan, Kushner’s recent comments that ‘Palestinians have no capacity to govern themselves’ hinted at what the spirit of the ‘deal’ might be. The plan will likely cement and legitimise the status quo of Israeli control of Palestinian lives, Israeli collection of Palestinian tax revenues and continued military rule for Palestinians in the occupied West Bank. Clearly, Netanyahu is on board with these aspects of the plan, but his current woes could mean he will be replaced by a prime minister who will not be as amenable to Trump and Kushner, thus raising questions about the plan’s future.

The April election provided an convincing victory for Netanyahu, who had hoped to form a strong right-wing government and to become Israel’s longest serving prime minister. His celebration halted abruptly after he failed to form a coalition government and was forced to announce new elections that will place on 17 September, two weeks before Netanyahu argues his case at a pre-trial hearing that seeks to indict him for bribery, corruption and fraud charges. These new political developments have thrown a spanner in the works and postponed the announcement of substantive parts of Trump’s plan for Israel and Palestine. A delay in announcing it, however, allows many aspects of the deal to be quietly implemented by the Israeli government anyway, with annexation of large portions of the West Bank and tying Gaza in economically to Arab governments already under way. This leaves the Palestinians with no real resolution in sight, and with no possibility, in the near future, of a Palestinian state.

Tweet
More in this category: Strategic implications of the 'deal of the century' and the incremental establishment of Greater Israel »
back to top