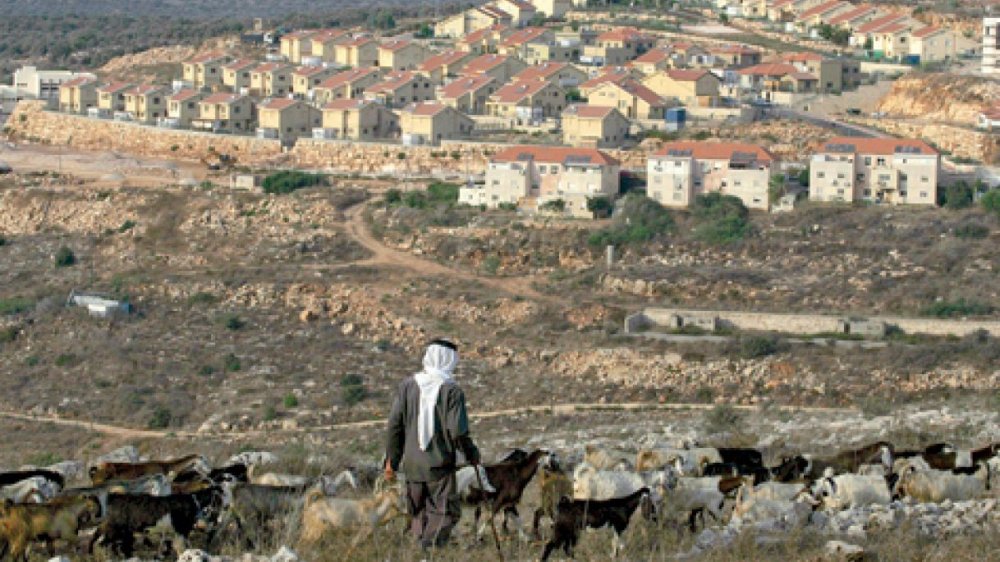 Israel’s government ended its eighteen-month ‘freeze’ on settlement construction in the West Bank with an announcement ofplans to construct 153 housing units across the territory. That the expansion of these units includes large settlement blocs as well as settlement towns deep into the West Bank reveals the far-reaching designs for a resurgent settlement enterprise. UN Secretary General Ban Ki Moon labelled the settlements ‘an affront to the Palestinian people and the international community’, with Israeli Prime Minister Binyamin Netanyahu predictably responding that Ban gave a ‘tailwind to terrorism’.

The announcement came just days after twelve Israeli settlers were evicted from two homes in Hebron, which they had invaded and occupied. Their evictions caused an uproar in Netanyahu’s coalition government, with Immigrant Absorption and Jerusalem Affairs Minister Ze'ev Elkin, himself a West Bank settler, calling on the defence minister, Moshe Ya'alon, to halt the eviction. Elkin’s comments were echoed by Knesset Speaker Yuli Edelstein. Likud’s coalition partner, Habayit Yehudi, which holds three prominent cabinet portfolios, condemned the action.

The settlement announcement is a very public attempt by Netanyahu’s government to placate the vocal settlement supporters (and settlers) in the coalition. It also represents another episode in an ongoing challenge to the international community, following Netanyahu’s numerous foreign ministry appointments of individuals who actively support the settlement programme and oppose international law on this issue. These include Tzipi Hotovely, the deputy minister of foreign affairs, who advocates for Israeli sovereignty over the whole of the OPT (West Bank and Gaza). In August 2015 he appointed Danny Danon as ambassador to the UN. Danon opposes a two-state solution, and positions himself to the right of Netanyahu. The appointment of Dani Dayan, former chair of the settlement group Yesha Council, as ambassador to Brazil was met with strong objections by Brazilian President Dilma Rouseff.

Little under a week before the announcement of the settlement expansion, the European Union Foreign Affairs Council passed a resolution criticising Israeli settlement activity. The resolution said the EU would closely monitor developments on the ground and assess their broader implications. The resolution is intended as a follow up to the EU’s new guidelines last year for the labelling of products from Israeli settlements. Alongside established trade deals with Israel and engagement with the Israel-Palestine peace process, the EU has funded numerous development projects in the OPT; some in Area C, which is under full Israeli control. Most Palestinian buildings subject to Israeli demolition orders are in Area C, and EU-funded structures are not immune. Between January and May 2015, forty-one EU-funded structures built at a cost of 236 000 Euros were torn down by the Israeli army.

The EU is not the only big power publicly criticising Israel’s settlement project. Earlier this month US ambassador to Israel, Daniel Shapiro, spoke against what he called two standards of law that Israel applies in the West Bank – one for Jews and one for Palestinians, and Israel’s tolerance of settler vigilantism. He questioned Israel’s commitment to peace and the two-state solution in light of continued settlement expansion. Following strong criticism from the Israeli government, Shapiro’s comments were defended by the US State Department as being correct. Relations between Netanyahu and US President Barack Obama have seldom been warm, but such direct criticism from within the US administration suggests that concern over Israel’s attitude towards the ‘peace process’ is broad.

The swing to the right in the Israeli political landscape since the signing of the Oslo Accords has provided the settlement enterprise increasing credibility within Israel’s political institutions. A number of mainstream parties now contest elections on pro-settlement platforms: Habeyit Yehudi runs on an overt pro-settler anti-two-state platform, whilst most in Likud, the largest party in government, either sympathise with the settler movement or openly advocate for the complete annexation of the West Bank.

As this phenomenon has crystallised, discontent within the UN General Assembly has grown. Emerging regional powers in Central and South America and BRICS countries have voiced doubts about Israel’s commitment to the peace process. Popular grassroots pressure from civil society groups across Europe has forced Israel’s long-standing allies within the EU to take action on Israel’s human rights transgressions. Although Israel remains the US’s strongest ally in the Middle East, public disagreements over the Iranian nuclear deal have created unprecedented discord between Washington and Tel Aviv; Shapiro’s comments fall within this context. Yet little over a week after Shapiro’s barbed statement, Obama made the most ‘philosemetic, pro-Jewish’ speech in the Israeli embassy in Washington DC. In the last months of Obama’s presidency, back channel disagreements and distaste with Israeli policy by State Department officials has led to embarrassment for his administration, with the president often deploying a doting speech to reaffirm US commitment to ‘Israel’s security’. These contradictions, although not significant enough to alter US policy towards Israel in the short term, will be difficult to paper over as Israel intensifies its settlement expansion.

Last modified on Monday, 01 February 2016 21:59
Tweet
More in this category: Palestine and the Scandal of Liberal Democracy »
back to top