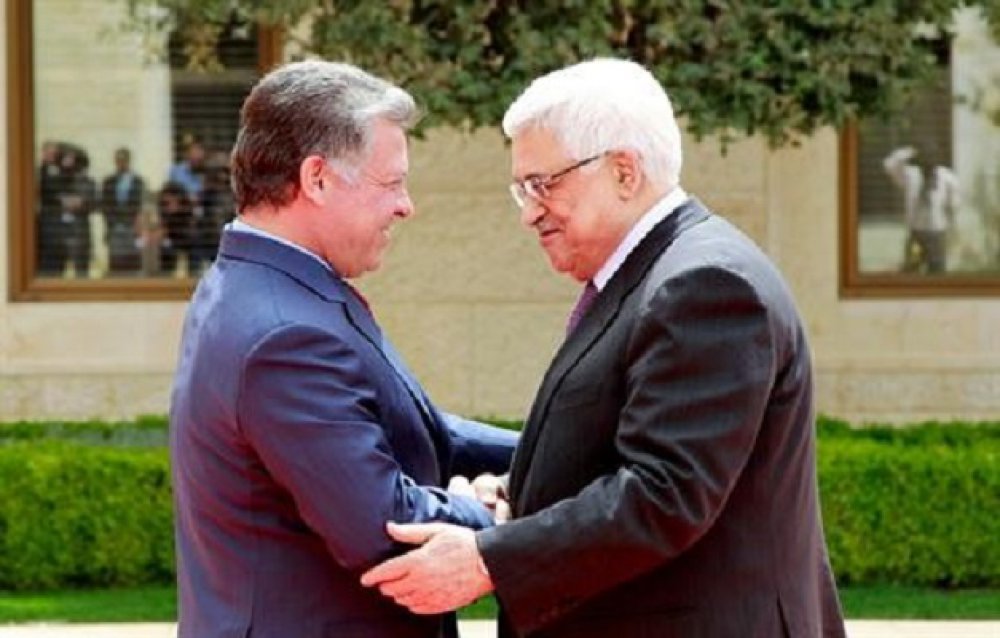 The agreement, signed in Amman, reiterates Abdullah II’s custodianship over the holy sites, empowering Jordan to exercise all means (both legal, and diplomatic) for their preservation, whilst emphasising   Palestinian sovereignty over East Jerusalem. Moreover, the detail expressed in its preamble indicates that rather than being a mere declaratory agreement, it was formulated to be a practical, enforceable understanding. The Al-Aqsa Mosque, for example, is not just referred to as the Haram al-Sharif, but is specifically defined as comprising ‘144 dunams including the Qibil Mosque of al-Aqsa, the Mosque of the Dome of the Rock and all its mosques, buildings, walls, courtyards, [and] attached areas over and beneath the ground’.

In practical terms, the agreement means little.   Israel currently occupies and controls East Jerusalem, and has implicitly recognised Jordanian influence over holy sites in the city. Article 9 of the 1994 Israeli-Jordanian peace treaty asserts: ‘Israel respects the present special role of the Hashemite Kingdom of Jordan in Muslim Holy shrines in Jerusalem (and) when negotiations on the permanent status will take place, Israel will give high priority to the Jordanian historic role in these shrines.’

Some commentators have argued that the Abbas-Abdullah II agreement is important because Israel will now have to confront two ‘state’ parties in its attempts to further Judaise   the city, and the fact that Jordan is one of three Middle Eastern states that have close and amicable   relations with Israel. The two states enjoy close security cooperation and, unlike Egypt and Turkey whose relations with the Israeli regime have been strained as a result of leadership changes, Jordan is still ruled by a sympathetic sovereign.

This argument has two main weaknesses. Theoretically, Israel maintains sovereignty over East Jerusalem and is unlikely to relinquish part of its ‘eternal capital’ simply out of fear of offending Abdullah II. Secondly, Israel has since 1994 recognised and allowed Jordan to exercise a form of control over the Haram al-Sharif, and this has not stopped it Judaising the Old City. Since the signing of the 1994 Jordanian peace treaty, settlement expansion in East Jerusalem has not relented but increased; excavations under the mosque have persisted; and settler incursions into the mosque compound have not been halted. It seems the ‘custodian’ has been unable or unwilling to assist in attempts to obtain Palestinian rights. It is significant that the second Intifada in September 2000 was sparked by Israel’s then prime minister, Ariel Sharon, entering the Al-Aqsa compound with more than 1 000 bodyguards, despite Jordan being responsible for maintaining and preserving it.

Is there any significance then in the agreement between Abbas and Abdullah? Abdel Bari Atwan, editor of Al Quds Al Arabi, has argued that the agreement may be the first step towards a planned confederation between Jordan and Palestine. It had been widely reported that last December (2012,) Israeli Prime Minister Benjamin Netanyahu secretly meet King Abdullah to discuss this confederation and its security implications. Even before this, Abbas had clandestinely briefed various Palestinian leaders and officials from Egypt, Qatar and Turkey concerning am option of confederation between Palestine and Jordan which was made possible by the upgrade of Palestine’s status at the United Nations in September 2012. A Palestinian-Jordanian confederation would remove the reciprocal recognition requirement as the confederate body can decide – without the agreement of Palestinian citizens – to recognise Israel as a ‘Jewish State’. Further, Israel will not need to recognise a Palestinian state, but can merely issue a declaration of cooperation with the confederation. In the meanwhile, the East Jerusalem question will be ‘resolved’ by Israel reiterating its agreement of the confederation’s ‘custodianship’ over the city’s holy sites, thus allowing for the continuation of the status quo whereby Israel controls and extends its sovereignty over East Jerusalem but permits Jordan to oversee mosque affairs through its religious affairs ministry.

This path, if adopted, will be severely detrimental to Palestinians living in East Jerusalem and to Palestinian refugees as their legitimate rights will have been relinquished without them being consulted. It could also permanently relinquish Palestinian claims over Jerusalem and enable Israel to establish the whole of Jerusalem as its capital. Palestinians, understandably, have not been keen on such a confederation option and, in a democratising region, dictatorial and secretive steps like these could unwittingly provide the spark for a Palestinian Intifada – directed at the Palestinian leadership rather than at Israel.

Last modified on Wednesday, 18 February 2015 12:44
Tweet
More in this category: Israel: An increasingly rightist government »
back to top