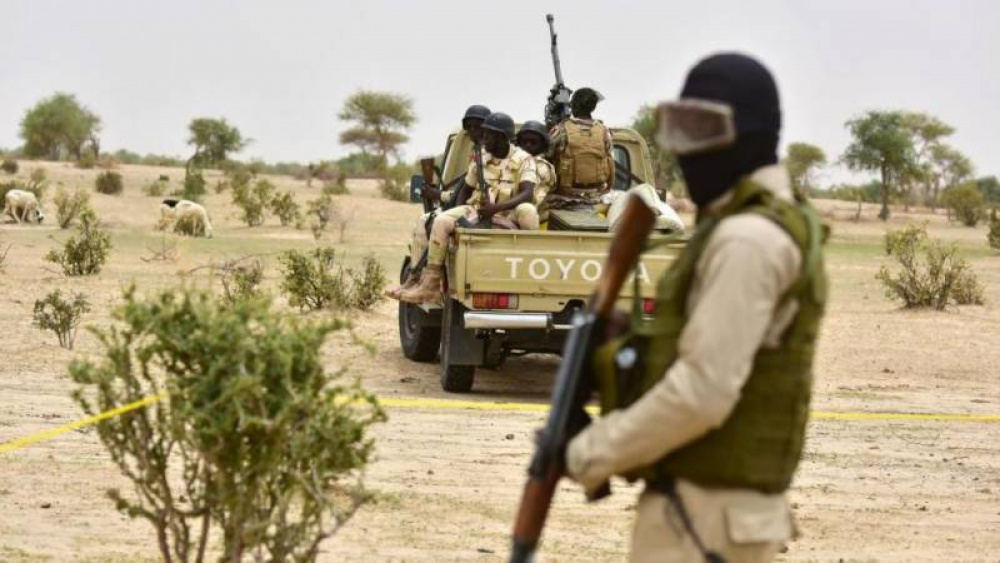 South Africa has expressed continuing frustration at the Mozambique government’s failure to state what help it wants in fighting a growing incursion which has now displaced more than 565,000 people.

South African International Relations and Cooperation Minister Naledi Pandor said the inability of the regional body, the South African Development Community (SADC), to decide how to help Mozambique combat the  insurgency “remains a very worrying puzzle to us as the South African government”.

“We have made every effort to reach out to the government of Mozambique and to sit with them to decide a support agenda,” she said on Wednesday in a webinar organised by London’s Chatham House on South Africa’s foreign policy.

“Thus far we’ve not succeeded in concretising exactly the nature of support we should give to the government… through the police service, intelligence or indeed our defence force.”

Pandor added that SADC would soon hold a special summit to discuss the Mozambique incursion.

The minister responded to a UN report issued on Wednesday that about 565,000 people in Mozambique’s northern province of Cabo Delgado had already been forced to flee their homes, abandoning their crops and livelihoods because of the brutality of the insurgents, including many beheadings and abductions of civilians.

This had left the displaced people entirely dependent on humanitarian assistance, the directors for southern and eastern Africa of six UN humanitarian agencies said in a joint statement, reporting on their fact-finding mission to Cabo Delgado in late 2020.

“We’re very concerned about the humanitarian situation,” Pandor said, disclosing that the Red Cross in Mozambique had asked South Africa to provide humanitarian relief. She said Pretoria was examining its “inadequate resources”, but she hoped it would be able to provide some help.

The UN’s resident representative in Maputo, Myrta Kaulard, told an online press conference on Wednesday that the number of internally displaced people in Cabo Delgado had rapidly accelerated in 2020 from about 90,000 at the beginning to more than 500,000 by the end of the year.

The six regional UN directors said the growing insecurity and poor infrastructure in Cabo Delgado had made it harder to provide humanitarian assistance — and the fallout from the Covid-19 pandemic had further complicated the crisis.

“We need to urgently increase our presence in Cabo Delgado in order to help those in need, especially women and children,” said Lola Castro, WFP regional director for southern Africa.

Other directors said it was clear from their visit that the displaced people would not return to their homes for a long time because of the insurgency. The Mozambique government and the international community would have to provide them not only with short-term food, water and shelter, but also with long-term support, such as alternative land on which to grow crops and seeds, and to establish homes and education facilities.

The UN had asked the Mozambique government to provide farmland for the displaced people and had been told Maputo was looking into this.

The conflict in Cabo Delgado, Mozambique, has been going on for approximately four years. The conflict has engulfed much of the north of Mozambique, including metropolitan areas such as Pemba, Mocimboa da Praia and Palma. These cities have become default places of refuge for the approximately 600 000 displaced peoples.

The conflict is between the various insurgents who, according to analysts,  are a lose amalgamation of groups and individuals, without any one specific, defined and declared premise, although they claim to belong to the Islamic State; and the Mozambican Defense Armed Forces (Forças Armadas de Defesa de Moçambique or FADM). The FADM, being a force that isn’t well funded, has come to rely on Private Military Contractors, or PMCs. Many of these PMCs are South African, such as Paramount Group, Panzer Logistics and Dyck Advisory Group. These companies are all being investigated for probable contravention of the Prohibition of Mercenary Activities Act 27 of 2006 in South Africa. The companies are supplying the FADM with arms, armoured vehicles, as well as support in air, land and personnel.

Paramount Group is purportedly training Mozambican forces just outside Polokwane, DAG has been flying helicopter missions and Panzer has delivered armoured vehicles for use against the insurgents.

When asked about their involvement in Mozambique, the spokesperson for Paramount, Mr. Nico de Klerk, said: ”We are restricted by confidentiality agreements as the details of such contracts are mattes of national security. This is standard practice in our industry. Please note that we supply solutions or equipment to sovereign governments only and are not supplying pilots to Mozambique. Paramount Group does not supply personnel to its customers. We provide the relevant training, support and maintenance as required by a governments own forces to operate our equipment”

Any involvement in international conflict by a South African company would have to be approved by the National Conventional Arms Control Committee, and according to Cyril Xaba, co-chair of Parliament’s Joint Standing Committee on Defense, “any support from South African companies or citizens to Mozambique within the country will be illegal…from what we understand (permission to do that) has not been granted.”

Security analysts are of the opinion that the government’s refusal to be involved in conflicts, and to deny the involvement of PMCs through the PMA act, has left loopholes for people and companies to continue in the shadows, and to use loopholes, like Paramount claiming not to be directly involved but to instead just be providing training to rangers and Mozambican paramilitary forces.

Total is hoping to set up a logistics base in Mayotte for its Mozambican offshore operations. The French island for its part is looking at the bigger picture and dreams of becoming the major's permanent rear base in the Indian Ocean.
Mamoudzou, the main town in Mayotte.
French group Total, alarmed at the deteriorating security situation in the northern Mozambican province of Cabo Delgado, where it is developing two liquefaction trains worth $20bn, is seeking to relocate some of its activities.

Patrick Pouyanné has been negotiating with authorities in Mayotte to use the French overseas department to help with its offshore operations. Mayotte has highlighted its many strengths in its attempt to woo Total. It is located about 500 km from the Mozambican town of Pemba, the capital of Cabo Delgado province. On the logistics side, it has a deep-water port and a small naval base in Dzaoudzi. A detachment of the French Foreign Legion commanded by Col. Hugues Latournerie is permanently deployed on the island. It also boasts a fully functional hospital complex, a rarity in the region.Security is the overriding argument for the move to Mayotte, which becomes increasingly attractive as the situation in Cabo Delgado worsens and delays the development of Total's infrastructure. The firm is in close contact with Mozambican authorities on the matter, as it has to obtain their authorisation to cross Mozambican borders and use Mayotte as a rear base. French authorities for their part are fully in favour of the Mayotte option, which they see as the "patriotic" choice. A range of French companies are involved in the Mozambican gas mega-project (Africa Intelligence, 07/07/20), and the French government thus takes a keen interest in the Cabo Delgado insurgency. Armed forces minister Florence Parly on 12 January told French MPs that she was looking into how to provide training to support the Mozambican armed forces.5.

The road between Nangade and Palma remained an insurgent target. On 15 January, two civilians driving a truck toward Palma abandoned their vehicle after seeing a suspicious motorbike on the road. The drivers were safe, but insurgents looted their truck. The two then returned to Nangade with the truck, telling other truck drivers what had happened.

The next day, a soccer team from Mueda . Near Pundanhar, the six vehicles carrying the team were waylaid by insurgents. The attackers killed five people and destroyed three of the cars .

Also on 16 January, authorities arrested two men arriving in Mueda with weapons in their car. The car had traveled from Nampula that day.

Government forces also ran offensive operations on 16 January. In Ntuleni, Palma district, government or Dyck Advisory Group helicopters killed an unknown number of insurgents despite the insurgents using civilians in the town as human shields. Civilian casualties from the incident are also unknown.

On the same day, government forces killed an unknown number of insurgents who were hiding out in a mosque in Olumbe, Palma district.

Three teens and five younger children who escaped an insurgent camp and found their way to Nangade told sources that insurgent food supplies are running low in the area, and that abducted civilians are not being fed as a result. Their captors, the children said, relied on raids to steal food products in order to eat. Sources reported that the children looked thin when they arrived in Nangade.

In a speech in Pemba on 12 January, Mozambican President Filipe Nyusi made an informal offer of amnesty to young Mozambicans who are willing to abandon the insurgency. Nyusi portrayed Mozambicans involved in the insurgency as victims who had been “manipulated and used,” presumably by foreigners. If they could find a way to contact the security services, Nyusi promised they would be given a peaceful way to re-enter Mozambican society.

Relations between government security forces and civilians are still poor in many areas around the conflict zone in Cabo Delgado. Refugees from Muidumbe district who have fled to Mueda report that government forces stationed in Matambalale, Muidumbe district regularly use their position to steal from local civilians. The refugees complained of extortion, confiscation of property, and demands of payment at checkpoints, among other abuses. They also reported that there had been clashes between government troops and local militias, although the dates of those clashes are unclear. Two militia members, and over two security force members died in those clashes, according to the refugees.

Refugees who have made it as far as Nampula do not have to deal with security force repression, but they are facing dangerous levels of food insecurity. Refugees at the Corrane camp say that there has not been enough rain for their crops to grow and that no food aid has appeared to fill in the gaps in their diets. With the World Food Programme saying that they are quickly running out of funds to provide food aid, the cracks in the system of humanitarian support in northern Mozambique are growing wider.

French Armed Forces Minister Florence Parly spoke about Cabo Delgado at a parliamentary hearing on 12 January. She called the situation in Mozambique “very worrying” and said that the Macron administration is looking at how it can support the Mozambican military through training. She said that France would prefer to act through its European partners — no doubt a reference to the ongoing preliminary discussions between Mozambique and the European Union about a security and humanitarian support package. She likewise highlighted French forces in the Indian ocean that could quickly conduct training or other operations in Mozambique.