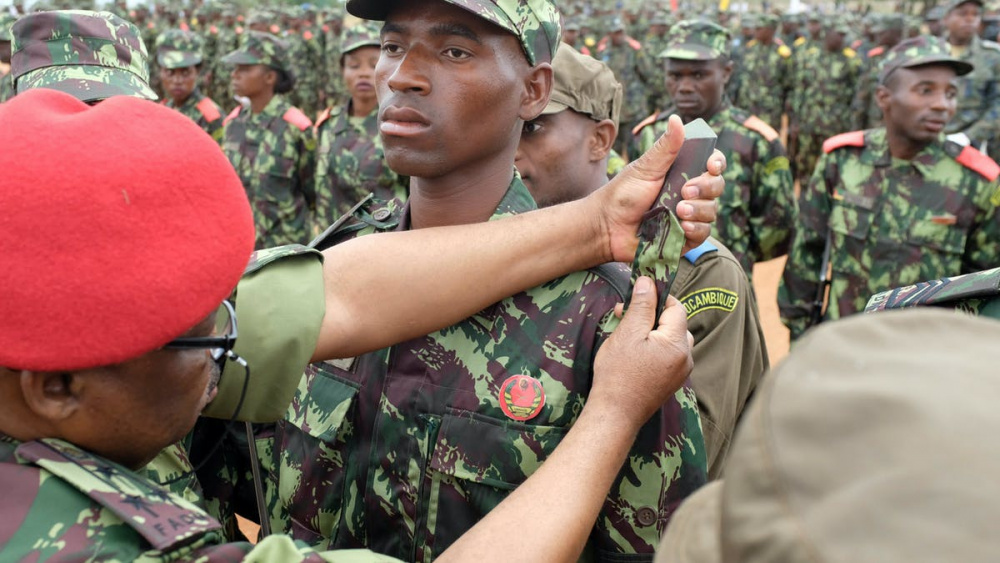 President Filipe Nyusi is not satisfied with the solution provided by the Dyck Advisory Group (DAG) and its subcontractors, the arms specialist Panzer Logistics and the private security group STTEP International, against the insurgency in Cabo Delgado.

Former Zimbabwean Colonel Lionel Dyck's company is unable to carry out the operation sponsored by the  government on its own to combat the insurgency. DAG is equipped by company named Mako, who supplied the remilitarized helicopters used by DAG. Mako is headed by Duncan Mac Arthur, a South African entrepreneur specializing in the trading of security equipment and military vehicles.

At the same time as Mako, Mac Arthur runs the company Panzer Logistics, in Pretoria, and is a trader in military equipment (armored vehicles, military planes and helicopters). The South African entrepreneur is one of Lionel Dyck's relatives. He is regularly seen at the bar of the luxurious Pemba Beach Hotel in the company of Hendrik Bam, Van Dyck’s right-hand man, as well as two directors of the private security company STTEP International: the former officer of the South African Defense Forces (SADF) Simon Witherspoon and his colleague Brett Monroe.

While they also belong to Lionel Dyck's inner circle, Witherspoon and Monroe had initially not informed STTEP's directors of their association with the Dyck Advisory Group in Mozambique. Founded by members of the legendary and defunct private security firm Executive Outcomes, STTEP was also approached by the Mozambican government. The latter finally chose the low cost option offered by Lionel Dyck and Bernardino Rafael, the commander of the Polícia da República de Moçambique (PRM), on the initiative of the DAG contract.

The supplier of the 24 trawlers and six patrol boats that triggered the "hidden debt" scandal, Safa is expanding his presence in Cabo Delgado.  AMT, the oil logistics operator his holding company Privinvest bought is still present in Mozambique. Most of its operations are in Pemba, through which nearly all of the equipment needed for the Afungi gas complex run by Total and ENI transits.

AMT's chief executive Arnaud Lelouvier aspires to become the main subcontractor for Afungi with the creation of Pemba Global Logistics, a company owned by AMT's Maltese holding company and that specialises in gas operations in Cabo Delgado. AMT's current country manager for Mozambique Benoît Buron is running the new entity but Lelouvier likes to keep a close eye on the group's Mozambican activities. Lelouvier travelled in person to Maputo in October to open the new subsidiary.

Lelouvier's name also cropped up in the US court case covering the hidden debt in Maputo. When questioned before the Brooklyn court in November 2019, Privinvest's head of sales Jean Boustani declared that in 2013 it was Lelouvier who had secured the $350m participation from the Russian parastatal VTB for Mozambique's acquisition of the Privinvest vessels. VTB sued Mozambique in London in December 2019 to have the loan reimbursed. Mozambique's ability to secure further international funding is unofficially hinging on the outcome of this case.

Displaced persons arriving from the north of Cabo Delgado in Pemba are transported in buses to districts in the south where they are given plots of land in areas without water. There they are supposed to create an aldeamento (Village) and engage in livelihood activities. The scheme , inspired by Frelimo post independence villagisation programme (aldeias comunais) is supported by the Chipande Foundation and is expected to be financed by ADIN (Association for Intergated Development of the North – a newly formed government agency). The population is politically controlled by Frelimo and need to register with the Foundation. Food is provided via food aid provided by the World Food Programme (WFP) among others.

In urban areas, registered IDP’s receive a monthly cheque worth 3.600 MT (about ZAR 900) which can be used to acquire food ( rice , oil etc) in designated trading shops (some 10 in the city of Pemba). Corruption in the distribution of cheques and the handing out of less than the equivalent of 3600 MT worth of food items is rife. Cases have been reported where relatives of local community leaders appear at the shop with numerous cheques to purchase items other than food.

No large scale attacks were reported outside of Muidumbe district last week, but tensions still ran high. On 12 November, in Nangade town, businessman Issa Ayubo was killed in his home by unknown gunmen. The assassins are widely thought to be government forces, as Ayubo and other informal traders have frequently been the target of harassment and threats by state security services who believe they fund the insurgency. Many have been arrested and then released after paying their captors, leading many locals to believe that the accusations against the traders are illegitimate.

Seven of the nine community radio journalists who were reported missing following a 31 October attack on their radio station in Nangololo, Muidumbe district have reached safety. Two are still missing, and their colleagues have not heard news of their whereabouts.

The brutality of the attacks in Muidumbe District, following the earlier Xitaxi massacre also in Muidumbe, confirms that insurgents treat Muidumbe civilians more severely  than they do civilians further east in Cabo Delgado. That could have to do with ethnicity and religion — the population of Muidumbe is both more Makonde and more Christian than other conflict-affected districts, and the Muatide massacre explicitly targeted young men involved in initiation rites as well as government workers — but it could also be the result of political or strategic concerns. Muidumbe residents are more supportive of the government than many civilians on the coast, as demonstrated by the high level of government-backed militia organization in the district. Furthermore, terrorizing Muidumbe and threatening nearby Mueda prevents government forces based in Mueda from leaving the town to put pressure on other insurgent positions in Mocimboa da Praia and Palma districts.

The fighting in Muidumbe district has caused widespread fear that insurgents will launch an attack on Mueda next. Insurgents reportedly warned Muidumbe residents that an attack on Mueda would come before 20 November. The promised attack has not yet materialized, but the threat has shifted the displacement situation on the western edge of the conflict zone. Thousands of displaced people who had been staying in Mueda — long thought to be relatively safe due to the government military base there — have moved south to Montepuez, joined by those fleeing recent fighting in Muidumbe. The price of a ticket from Mueda to Montepuez has doubled, and the commercial bus service Nagi has suspended service within Mueda district altogether for fear of attacks.

Three commercial banks — Banco Comercial de Moçambique (BCI), Millennium BIM and ABSA — have closed their Mueda branches out of fear that they will be ransacked in the event of an insurgent attack. In Pundanhar, Palma district, which would likely be at the insurgents’ mercy if the military withdrew from Mueda, civilians have abandoned the village and the surrounding area.

Further north, the Mozambican refugees who were recently deported from Tanzania back to a border post on the Mozambican side of the border do not want to leave the border area, fearing for their safety if they are left in an insurgent-threatened region with no protection from Mueda. The government has said it will try to resettle them near the border area.

In Maputo, Mozambique’s Attorney General announced that 12 Iranians who had been previously charged with drug smuggling after their ship, allegedly carrying 1,500 kilograms of heroin, was interdicted off the coast of Cabo Delgado will now also face terrorism charges. In addition to the drugs, the government now alleges the men were transporting AK-47s and other weapons to the insurgency.

Zimbabwe’s ruling ZANU-PF party continues to make the case that it can offer assistance to Mozambique in Cabo Delgado in exchange for sanctions relief from the US. Addressing US President-elect Joe Biden by name, ZANU-PF spokesman Patrick Chinamasa said that “the sanctions have made us not intervene [in Cabo Delgado]. We are then asking the United States President-elect Joe Biden to remove the sanctions which he co-authored, if he’s intelligent enough.” Despite previous reports to the contrary, the US has not offered Zimbabwe sanctions relief in exchange for intervention in Cabo Delgado.

Last modified on Friday, 04 December 2020 13:45
Tweet
More in this category: [8 December 2020] The Denis Hurley Peace Initiative: reports on Northern Mozambique »
back to top