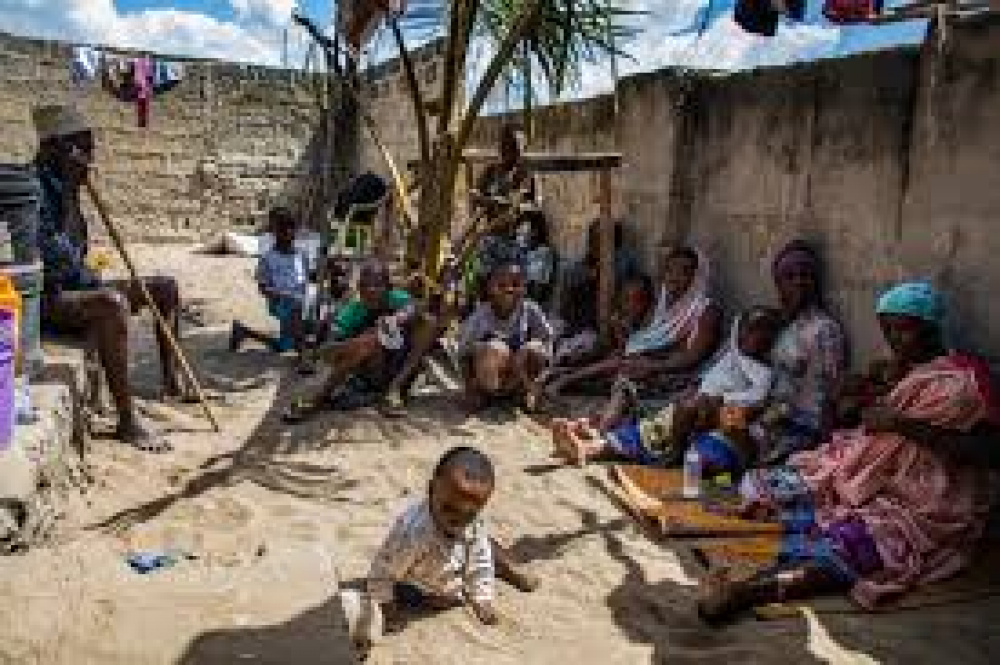 Two senior members of the local Muslim community in Pemba confirmed over the weekend that rumours of an imminent attack are rife, and that tensions are rising. The local Muslim community prepares about 1 500 meals per day for the displaced, self financed. The two consider an insurgent attack unlikely, due to the pronounced presence of the Army in Pemba. However, should it happen, they say that it will be “a blood bath”.

The Congolese Bishops, as reported above,  say: “We note there the strategy of depopulation by massacres of local populations, occupation of land and control of natural resources. (The Bishops of Bunia and Uvira) have denounced in recent months the balkanization of the Democratic Republic of the Congo by foreign forces who, according to them, are fueling tribal conflicts and rebellions to appropriate portions of Congolese land and exploit its wealth”. There are striking similarities between the observations of the Congolese Bishops regarding the situation in that country, and current developments in Cabo Delgado.

Mozambique’s 1997 Land Law (Law 19/97) reasserts the state’s ownership of land and provides that individuals, communities and entities can obtain long-term or perpetual rights to land, even without formal documentation of those rights. This right is known by the acronym DUAT, from the Portuguese Direito de Uso e Aproveitamento dos Terras.

Sources in Pemba confirm that the latest wave of attacks, leading to last week’s influx of refugees in Pemba, has left the entire coastline, from Mocimboa da Praia down to Macomia and Quissanga and stretching up to 50 kilometres inland, depopulated. The Mwani people, who traditionally inhabited the region, have almost all left.

According to reports, those arriving in Pemba are having their “DUAT’s” revoked – meaning that they lose all title to their land, and are not able to return. By law the land then reverts to the State. Sources in Pemba emphasise that they are not witnessing the emergence of an Islamic proto-state, but a territory empty of people, that can be allocated to investors.

On Monday 26 October, the Centro de Integridade Publica (CIP) reported widespread allegations of sexual abuse of refugees. In almost all refugee settlements in Pemba, and to a lesser extent in Nampula, it was reported that refugees, the majority of whom are women, are only given food and other forms of humanitarian assistance in exchange for sex. The perpetrators appear to be local authorities, who have been placed by donor agencies in charge of the distribution of assistance. Borges Nhamire of CIP says that the issue was repeatedly raised with the three major donors: the World Food Program (WFP), the United Nations High Commissioner for Refugees (UNHCR) and the International Organization for Mobilization (IOM). Nhamire said that repeated phone calls and emails to the three institutions have gone unanswered.