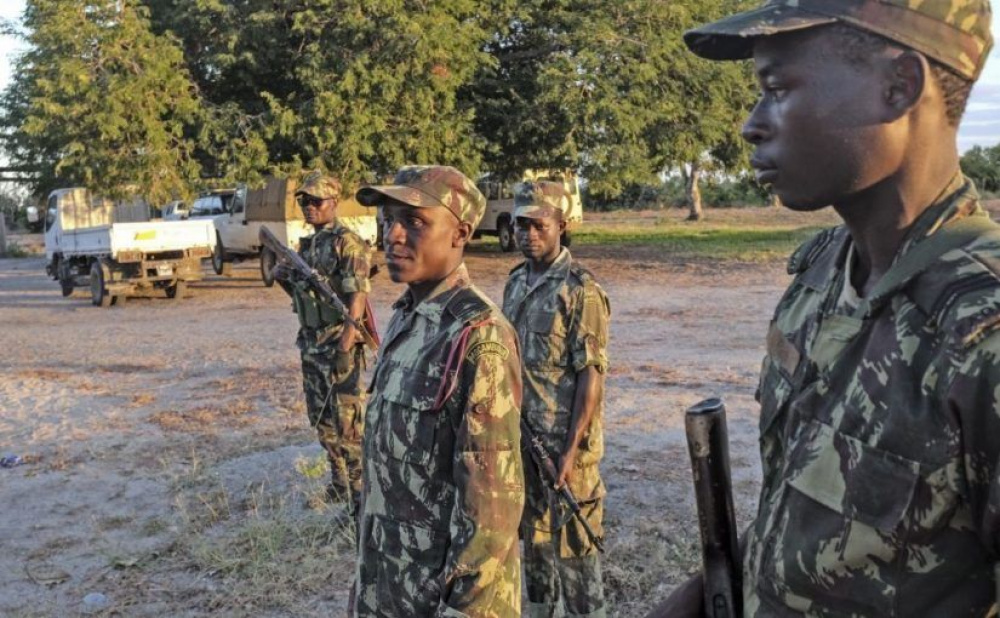 The most recent offensive by insurgents in Cabo Delgado culminated in the capture and occupation of the important and strategic port of Mocímboa da Praia, on Tuesday night, 11 August 2020, several local sources reported to Voice of America (VOA). The insurgents took control of the town after almost five days of clashes, which started on August 5, between them and the Mozambican Navy (Marines), who defended the port, until they ran out of ammunition.

The Islamic State group posted images of killed members of the Mozambican  Defense and Security Forces (SDS) on its communication channels, as well as weapons and ammunition captured in two barracks in Mocímboa da Praia.

A military source told VOA that the South African private mercenary company Dyck Advisory Group (DAG), which provides air support to the Mozambican government in fighting insurgents, tried to enter the theater of operations by helicopter, but could only remain in the air for 15 minutes, because they had refueled in Pemba, almost 300 km away. "I cannot understand why Macomia, Mueda or even Palma were not used"  (for the refueling of the helicopters) asked a military source who has been accompanying the operations in Cabo Delgado, and revealed that an additional aircraft arrived in Pemba on Tuesday – an  Allouette III Gunship with a South African crew.

Zitamar, the electronic newspaper published in Maputo, citing a military source, wrote on Tuesday night that DAG also tried to supply ammunition to the Marines in the theater of operations, but the ammunition was unloaded far from the site where fighting was taking place.

The insurgents sank one of the HV32 Interceptors boats in the port of Mocímboa da Praia with an RPG weapon.

On Friday 7 August, the insurgents repelled advancing SDS forces in the villages around Mocímboa da Praia, (Awasse, Anga and Ntotwe).  Many SDS soldiers fled to Mueda, the sources told VOA.

A military convoy left Mueda on Sunday morning 9 August for Mocímboa da Praia, but shortly before arriving at Awasse, was ambushed by a group of insurgents.

It is estimated that 55 members of the SDS were killed and another 90 were injured.

The port of Mocímboa da Praia is an important and strategic port for the north of Cabo Delgado, particularly for the gas megaprojects underway in Palma, north of Mocímboa da Praia, which has been without power and communications for several weeks due to damage caused by the attacks.

However, on 11 August during a virtual meeting with the President of the World Bank, David Malpass, the Mozambican President, Filipe Nyusi, gave the assurance that the exploration of gas in Palma is not threatened. (https://clubofmozambique.com/news/mozambique-president-holds-virtual-meeting-with-the-president-of-the-world-bank-group-168393/). "The Defense and Security Forces are on the ground trying to contain the expansion of terrorist actions throughout the province of Cabo Delgado and the rest of the country," said Nyusi.

On 13 August 2020 BBC (www.bbc.com) reported that the Mozambican army is preparing for mobilization to re-take Mocimboa da Praia, and that the Tanzanian army is planning an offensive against the insurgents along the Tanzanian border with Mozambique. According to BBC: “ Mozambique's defence forces have said fighting for the key port of Mocimboa da Praia is continuing, after reports it had fallen to Islamist militants on Wednesday.

The military said there was ongoing action to - as it put it - neutralise the terrorists, who were using the local population as shields.

Tanzania has said it will launch an offensive against the jihadists in forests bordering Mozambique.”

The following page contains photographs published online by Islamic State Central African Province (ISCAP). Please note that these photographs are not for sensitive viewers, but are published here to convey the full reality of the situation in Cabo Delgado.