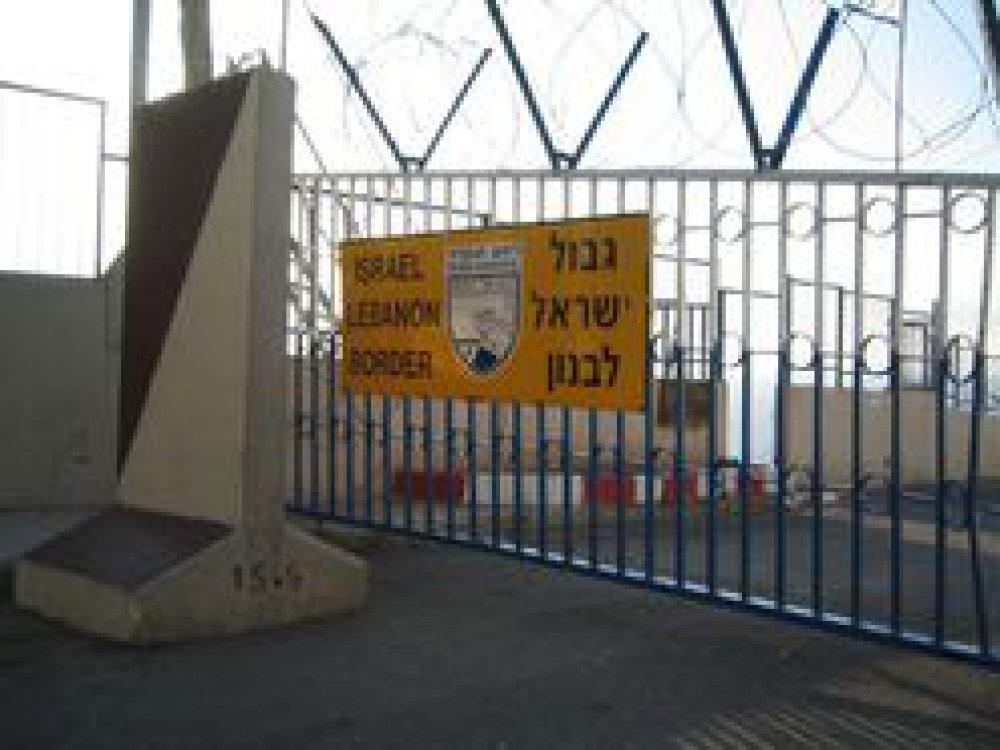 Ban said Israeli accusations in April that neighbouring Syria had provided Scud missiles to Hizbullah - an allegation that was later repeated by United States' officials and categorically denied by Lebanese and Syrian authorities - "greatly increased tensions" between Israel, Lebanon and Syria. "Rhetoric escalated rapidly, creating a perception in the public that a resumption of conflict was imminent," the Secretary-General said. For the moment, he said, tensions appeared to have subsided. Nevertheless, added Ban, the increase in tensions "raised the spectre of a miscalculation by either party leading to a resumption of hostilities, with potentially devastating consequences for Lebanon and the region."

The UN Secretary-General is not alone in warning of a possible Lebanon-Israel conflict. There is a real fear inside and outside the region that the Lebanon-Israel border, one of the most militarised zones in the world, might supply the spark that will ignite a region-wide conflagration. Recently, tensions between Israel and its small Arab neighbour, Lebanon, have escalated to boiling point. On the one hand, Israel accuses Syria and Iran of supplying Hizbullah with long-range missiles that reach deep into Israel's urban centres, and which threaten to tilt the balance of power in favour of the resistance camp. On the other hand, Hizbullah demands that Israel withdraws from occupied Lebanese territories and stops violating Lebanese sovereignty.

After the 2006 war, the Israeli army tried to learn the lessons of its dismal performance against Hizbullah, and conducted large-scale military exercises on the Lebanese and Syrian borders. There is general agreement within the Israeli foreign policy and military establishments that the status quo is unacceptable, and that Israel must repair the damage done by Hizbullah to its deterrence capabilities in 2006. That would require, according to conventional wisdom in Israel, humiliating Hizbullah and destroying its missile depots. Desperate to restore Israel's deterrence at all costs, the right-wing governing coalition has reportedly prepared contingency plans to re-occupy south Lebanon. In the past year, Israeli officials have repeatedly threatened to wage all-out war against Hizbullah and the Lebanese state, a war in which nothing would be spared, not even civilian infrastructure and institutions.

Although some observers might dismiss Israel's threats as rhetoric designed to deter Hizbullah, Syria and Iran, its past conduct and history show a consistent pattern of military adventurism, recklessness, and disregard for common sense. Understanding Israel's official mind-set and relations with neighbouring Lebanon provide a context and a key to unlock the riddle of the next war. David Hirst, a long-time Middle East correspondent for The Guardian, warned in his new book - Beware of Small States: Lebanon, Battleground of the Middle East - that the next Arab-Israeli war might break out on the Lebanese-Israeli front. Politicians and military strategists would ignore Hirst's warning at their peril.

Beware of Small States is a history of the Arab-Israeli conflict seen through the prism of its impact on the internal development of neighbouring Arab states, particularly tiny, fragile Lebanon, the sectarian state par excellence, and historic battleground for the conflicts of other peoples and states. There are few people as qualified as Hirst to venture such a forecast, and to write a history of Lebanon, the war-torn country in which he has resided and studied for half a century. He has witnessed and reported on most of the events described in this book, a fact that gives his narrative the intellectual credibility and intensity often lacking in other accounts.

For Hirst, the starting point was Israel's 1982 invasion of Lebanon, a pivotal development that changed the face of the entire region. In the 1970s, Lebanon was plunged into all-out civil war, and by the time of the Israeli invasion, Hirst noted, "Greater-Israel expansionists" such as right-wing Likud Prime Minister Menachem Begin and his then-Defense Minister Ariel Sharon had seen in the disintegration of Lebanon a historic opportunity to redraw the geopolitical map of the Middle East in a manner which could secure the whole of Mandate Palestine for Israelis, and extinguish any rival claims to the occupied territories.

Hirst wrote astutely that Israel's imperial hubris coincided with the advent of the Reagan administration; as Begin acknowledged, there had never been an administration as favourable to Israel as that one. No wonder then, said Hirst, that before Begin and Sharon sent their army of 90,000 men, 1,300 tanks, and 1,500 armoured personnel carriers to Lebanon, they had been given the green light by then-US Secretary of State Alexander Haig. Haig's message was so-phrased, according to Hirst, that a man like Sharon could only view it "as a hunting licence".

That 1982 war killed 20,000 people, mostly civilians. Israel laid siege to an Arab capital, Beirut, drove out Yasser Arafat and the PLO leadership, destroyed the Palestinian guerilla state-within-a-state, and presided over a Lebanese Christian militia's genocidal slaughter of 3,000 Palestinian civilians in the Sabra and Shatila refugee camps. Far from learning from history, targeting civilians has emerged as the very essence of Israel's deterrence, as demonstrated by its more recent wars against Hizbullah in 2006 and Hamas in 2009.

The significance of the 1982 war (which lasted until 2000) lies in its transformation of Lebanese domestic politics and the Arab-Israeli conflict. The war inflicted irreparable damage to Israel's aura of invincibility and created a new Shiite enemy from whose ranks arose a grass-roots resistance movement, Hizbullah, which became more formidable than the largely bureaucratic and corrupt PLO. "Had the enemy not taken this step," said Hizbullah leader Hassan Nasrallah many years later, "I don't know whether something called Hizbullah would have been born. I doubt it."

Hizbullah now projects itself as the spearhead of the whole Arab-Muslim struggle against the Zionist state, and much of the global Muslim community seems to perceive it that way too. According to Hirst, Israel's colossal strategic and moral failure in Lebanon also further de-legitimized pro-US "moderate" Arab regimes such as Egypt and Saudi Arabia, and strengthened the Islamo-nationalist resistance camp led by Iran and Syria.

In his post-2006 war speech, the charismatic Nasrallah told the enormous, euphoric throng that had gathered to celebrate, that the victory they were celebrating had transformed Lebanon from a "small" state in the Middle East into a "great" one. Hirst agreed that Lebanon is no longer the hapless object of others' actions but is also an active agent in its own right - because of Hizbullah's powerful influence in the region. "Lebanon - the eternal victim - has now become the perpetrator too, posing no less a threat to greater states than they habitually posed to it," he wrote.

That new status is a mixed blessing. Hirst cited Israeli leaders who said they were readying themselves for the "next war", the "second round" against Hizbullah and the Lebanese state, which they deemed to be all but inevitable. And while Hizbullah has evolved into a conventional political party with a domestic agenda, Hirst argued that it still possessed a potent armed militia, with an external, visionary, Islamist agenda, and was aligned to Iranian and even Syrian foreign policy. In other words, Lebanon remains a battlefield for others' wars. The only difference now is that if Israel fires the first shot in the "Seventh Middle Eastern War", the war might not remain confined to Lebanon. Other members of the Islamo-nationalist camp, such as Hamas, Syria and regional heavyweight Iran might join in. The battle will come to and engulf the entire Middle East.

Hirst's forecast is not far-fetched. The region is at a critical juncture, with the drums of war beating louder with each passing day. US President Barack Obama's much-anticipated peace drive has reached a deadlock. The Israeli Likud-led governing coalition has rejected his appeal to halt further settlement construction in the West Bank and occupied East Jerusalem. Obama's engagement initiative with Iran has faltered. There is a deepening sense of despair among Palestinians and Arabs in general.

Netanyahu and his right-wing partners are creating facts on the ground that will forestall the establishment of an independent Palestinian state, but, in doing so, they have succeeded in turning the world against their flawed policies. Playing by its own rules, Israel has isolated itself, undermining its long-term security and mastering the art of making enemies. Israel no longer has any regional allies, and has alienated Turkey, which historically was Israel's most important Muslim ally and a long-standing NATO member. More and more voices in the US are referring to Israel as a strategic liability rather than an asset - a marked departure from conventional wisdom in the American political scene.

Historically, faced with political and security challenges, Israeli leaders resorted to war as a form of escapism, to avoid the inevitable, and to turn the unfavourable strategic environment in their favour. Time and again, the Israeli ruling elite went to war to practise politics by other means, only to exacerbate Israel's strategic predicament in the long term. Cases in point include Israel's wars in Lebanon in 1982 and 2006, and in Gaza in 2008-2009. If history serves as a guide, in the absence of a final Arab-Israeli peace, or, at least, progress towards one, "there will be war, or large scale violence," Hirst concluded ominously. The question, it seems, is not "if" there will be war, but "when".

* Fawaz A. Gerges is a Professor of Middle Eastern Politics and International Relations at the London School of Economics and Political Science, London University.

** This article is published as part of a partnership agreement between the Afro-Middle East Centre and the Doha-based AlJazeera Centre for Studies.

Last modified on Thursday, 19 February 2015 07:45
Tweet
More in this category: Politics and media in the Middle East: The post-AlJazeera era »
back to top