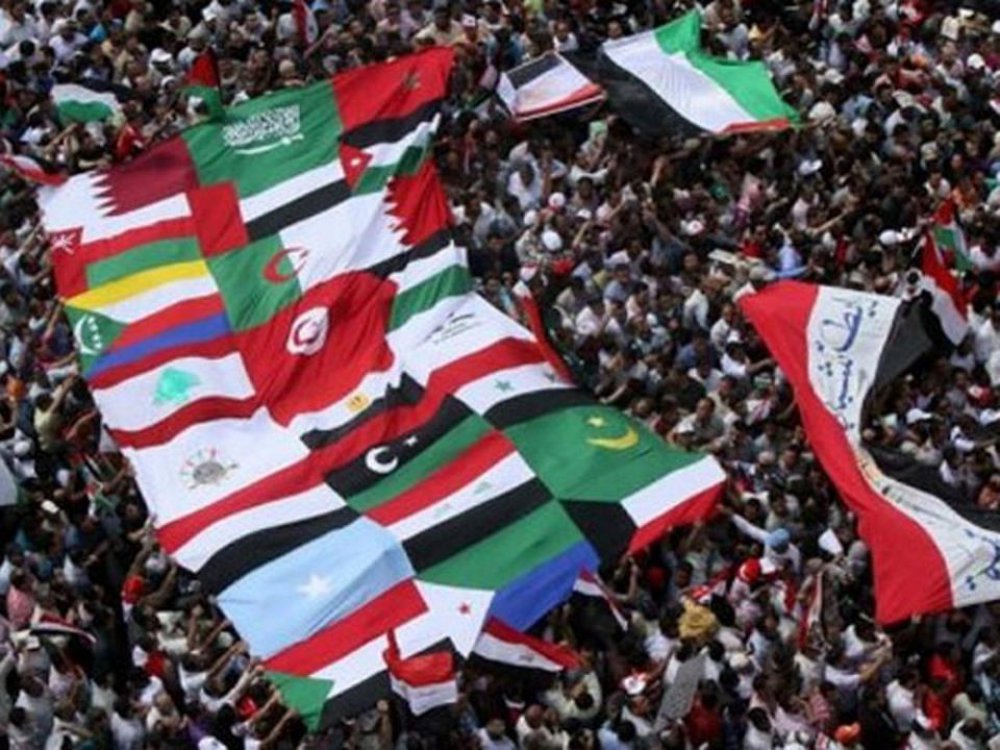 After the Tunisian, Egyptian and Libyan uprisings successfully collapsed their respective governments – and Yemen and Syria seemed to be following suit – hardly any of the revolutionaries in these countries had prepared themselves to confront the forces of counterrevolution. Because there is only a single regional order that encompasses the Arab world – which, in terms of language, history and culture, transcends even the official regional framework represented by the Arab League, and because revolutions broke out in only a few Arab states, the clouds of counterrevolution gathered rapidly and immediately after the first wave of the 2011 uprisings. Since 2012, strong bonds have developed between, on the one hand, the social and political forces in each country that were opposed to revolution and democratic transition, and, on the other, the Arab states that assumed a leading role in the counterrevolutionary movement.

The counterrevolutionary camp – with its businessmen, groups of youth acolytes, foundations and organisations, media networks, political parties, social factions and state institutions linked to the old regime – was no less capable, comprehensive in its objectives and influential than the revolutionary camps. The past three years – since the success of the Tunisian and Egyptian revolutions – witnessed a mobilisation of political funding whose scale has been unprecedented in Arab history, with a concomitant mobilisation of weaponry, and the establishment of relationships and alliances that had previously been unimaginable. These processes resulted in a coalescence of the princes of monarchical states with liberal and nationalist intellectuals and activists; military and security officers with investors with western backgrounds; and gangs of thieves, smugglers, murderers and security officials with revolutionary activists.

The counterrevolution reached its climax in 2013, after the abortion of democracy in Egypt, faltering steps of political transition in Tunisia, Libya and Yemen, and the success attained by a sectarian alliance in halting the progress of the Syrian revolution and the abortion of the popular uprising in Iraq. Because Turkey decided, in the first year of the Arab uprisings, to align with the camp demanding change and democratic transition, because a broad spectrum of Arab opinion viewed what had become known as the ‘Turkish Model’ with admiration, and because Qatar played a visible role in granting financial, media and moral support to the revolting countries, both Turkey and Qatar were targeted together with the Arab revolution countries. The rapid and easy victory of the 2013 coup in Egypt puffed up the Arab counterrevolutionary movement with arrogance, confirming the belief in its main centres that it was capable of achieving miracles and in re-establishing the status-quo ante in the Arab world. The counterrevolutionary forces acted without any reservations, made no attempts at subtlety or discretion, and did not bother to consider the immense destruction, countless victims and the amount of blood spilt as a result of the tumultuous suppression of the will and aspirations of the people.

Hundreds of millions of dollars, and convoys of weaponry were pumped into Libya, where various factions linked to the former regime had hastily aligned themselves with adventurous officers, ambitious technocrats and tribal forces, all aiming to uproot the forces and institutions of the Libyan revolution. Large amounts of money were pumped into Tunisia to revive groups loyal to the regime deposed in 2011, and to establish a united opposition front that would include a range of elements from the extreme right to the extreme left, in order to confront the Islamist democrats and their leftist allies. The Tunisian counterrevolution had no qualms about compromising the country’s security, and employed the tools of character assassination and bloody assassination in equal measure.

Yemen was not spared similar efforts to reverse the movement of change, and to force it to submit to the will of the members of the Gulf Cooperation Council (GCC). In Syria and Iraq, sectarian camps supported by Iran were more zealous in their attempts to extinguish the revolutionary movement, forcing the peaceful mass popular mobilisation for just governance, freedom and democracy into a brutal civil war that has resulted in the destruction of vast areas. Because one of the most prominent facets of the coup against the people and their will was the open war against the democratic, reformist-inclined Islamist forces, and because Hamas was viewed as part of this category, an extremely vile incitement campaign was launched against the Gaza Strip, with intensive Arab-Israeli coordination, to undermine the influence of political Islam.

Gaza was subjected to a major Israeli onslaught that served both Israeli and Arab counterrevolutionary objectives. However, the tiny, besieged territory remains steadfast in the face of the violent onslaught – in spite of the large number of civilian casualties and the catastrophic damage inflicted on it, and the Israeli military machine has failed to weaken the capacity of the Gaza resistance, or to attain any of the political objectives of its operation. The Islamist resistance in Gaza has emerged from this battle stronger, more committed, and with more popular support among Palestinians and Arabs in general.

Libya was also subjected to another attack, the full details of which are yet to be revealed. However, the Libyan faction that attempted a coup against the revolution has been defeated, even if it not yet totally effaced, and Libyans wait to see if the 3 July coup regime in Egypt will intervene militarily in their country, which is already overburdened by external interference. Despite transition processes in other Arab revolution countries proceeding slowly, it seems clear that the counterrevolutionary forces will not succeed in replicating the July 2013 Egyptian experience. Even in Egypt, people are still taking to the streets, the dream of stability remains distant, and it is uncertain that the economic decline will not lead to total economic meltdown. The Syrian revolution has successfully slowed the progress of the regime’s forces and its sectarian allies, while the same sectarian camp finds itself helpless in the face of the challenges it created in Iraq. The attempt to isolate Qatar within the Gulf collective has failed, and those that attempted to isolate it themselves face isolation. Similarly, the delusion of intervention in Turkish affairs has dissipated, and those who have been wishing for Prime Minister Recep Tayyip Erdogan’s speedy exit from the political sphere have to live with the prospect of his presidency for the next ten years.

No place on the globe compares with the Arab world in its cultural and historical cohesion, or in its political divisions. In spite of the similarities in the general patterns of modern popular revolutions, there are indications that the Arabs are creating a unique paradigm, and that the intense struggle for the Arab soul and the future of its people will continue for a while. Attempts to overthrow revolutionary movements and to subvert the will of the people have sometimes been successful, and sometimes not. One cannot, therefore, be certain about when this movement will reach its desired destination; what is certain, however, is that the movement of history and the prospects of change have returned to the path they had been deviated from.

Last modified on Thursday, 19 February 2015 07:48
Tweet
More in this category: Women in Conflict »
back to top