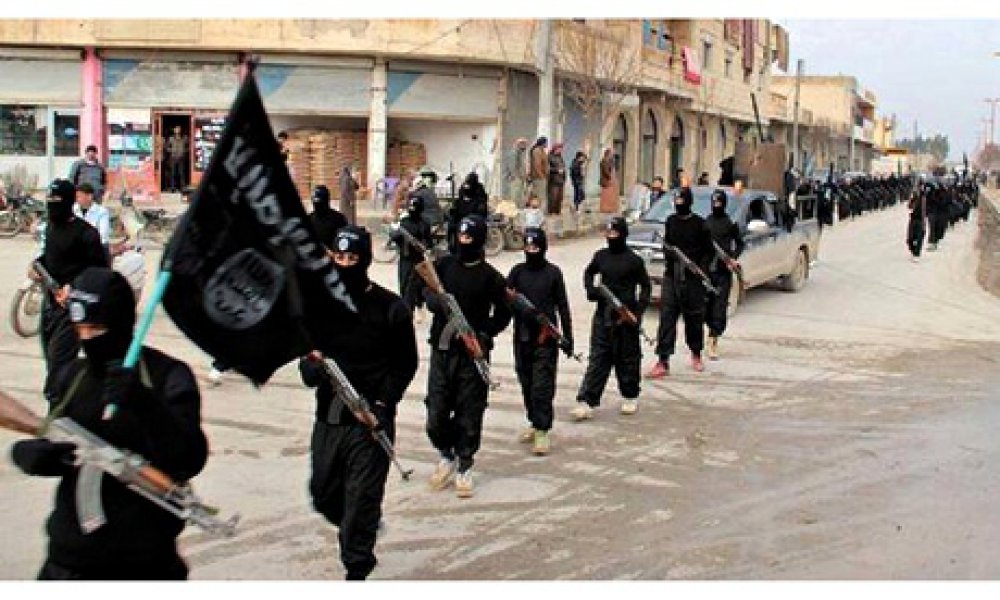 Consider, for example, IS’s dramatic and symbolic bulldozing of a section of the Syria-Iraq border, either side of which is now under the group’s control. It was widely interpreted as IS’s rebuke of the Sykes-Picot arrangement, a major British and French agreement that, after World War II, bestowed upon the Middle East its current geographical and national boundaries.

Thus, IS’s gesture (at that moment it was known as Isis/Isil – the Islamic State of Iraq and al-Sham (or Levant) – was understood as an anti-Western statement, an explicit “no” to the shape of the world as decided and controlled by Western powers, along with a reassertion of some kind of indigenous Muslim identity and being in the world.

Yet this is too simplistic of a reading of IS’s dramatic rise in the global public imagination. Most of its gestures are, in fact, first and foremost directed against its detractors within the Muslim world, especially other jihadis who do not agree with IS’s programme (manhaj) of jihad.

Therefore, in the case of the Syria-Iraq border, IS’s erasure of that boundary, along with signifying something intended for Western powers, contained a simultaneous message for al-Qaeda. Al-Qaeda, under the current leadership of Ayman al-Zawahiri, deeming itself the leader of global jihad, had earlier demanded IS to, instead of expanding its presence into Syria, restrict itself to operations within Iraq.

But this, in turn, elicited a sharp response from IS leadership. It criticised al-Qaeda for remaining beholden to artificial national boundaries, and IS’s leader, Abu Bakr al-Baghdadi, even suggested that al-Zawahiri was in violation of God’s command for assuming the Sykes-Picot arrangement and organising jihad around this principle.

Thus, in demolishing the border, IS did not just engage in an anti-Western gesture but also threw a slap in the faces of its fellow jihadis.

This is just one example of the kind of divisions that plague the jihadist world. Others would include IS’s killing of the official mediator – appointed by Ayman al-Zawahiri himself – Abu Khaled al-Suri, who was tasked with reconciling IS and al-Qaeda’s affiliate in Syria, Jabhat al-Nusra. Further examples might also include the frequent and strong denunciation that literature produced by IS engages in when refuting the positions taken by its opponents, whether from mainstream Muslims or the more fringe jihadist circles.

Such facts are important to keep in mind, because all too often radical groups like IS are viewed only in relation to their opposition to the West or some other configuration that supposedly belongs to the West: Christianity, Judaism, liberalism, capitalism, or democracy.

That in turn serves as an occasion to ignore and pass over in silence the Muslim blood that these organisations are willing to shed in order to achieve their goals.

This manner of understanding IS is not only entirely counterproductive and alienates the greatest resource that the world has against IS, namely, its Muslim opponents. It also, unfortunately and much more dangerously, reproduces the same logic that IS lives by.

For IS is unable to see an individual as such. It must view individuals as necessarily filtered through social, political and theological categories.

Consider, for example, the impassioned online plea that Sotloff’s mother sent al-Baghdadi’s way, asking him to pardon and release her son, and not hold him accountable for sins committed by the US government, actions over which Sotloff had no direct control.

Nonetheless, not only was she met with silence from al-Baghdadi but she also found that Sotloff’s executor could not see Sotloff as anything other than a US citizen, the member of a polity whose president authorised the killing of members belonging to the executor’s group.

It is in this way that IS’s way of imagining the world and the people that dwell in it is tribalistic at its core. And neither is it a doctrine that certain members of IS are shy of admitting.

In fact, one of its ideologues not only admitted it but also tried to defend this manner of thinking in a recent issue of IS’s premiere publication in English, a magazine called Dabiq.

This point is not just meant as a vague ethical exhortation. Rather, it comes packed with serious policy implications, especially for non-Muslim majority countries that might be grappling with some section of its disaffected Muslim youth migrating to territory under IS’s control.

The UK and Australia are two countries that are dealing with this phenomenon much more so than the rest, and are actively debating how to deal with those former residents who have now become IS “citizens”.

The knee-jerk demand has been to strip all of them of their citizenship and permanently disbar them from returning to their countries of origin.

While one can certainly sympathise and understand how this might be appealing, rooted as these ideas are in a sense of self-preservation and fears over domestic threats, this thinking does not take into account the lived reality of many returning migrant (muhajirun) jihadis.

Research performed by the International Center for the Study of Radicalisation suggests that transnational jihadis do not always return to their home countries in order to carry out further terrorist operations and/or recruitment.

Sometimes, and more often than not, they return repentant, driven away by the horror and disillusionment of what they have witnessed and/or in order to start a new and better life.

Allowing these repentant returnees into the home countries, with the requisite processes of judicial and security reviews, would not only decrease the chances of future terrorism and help prevent the next generation of wannabe migrant jihadis, it would also allow for better intelligence on the terrorist groups that continue to be active at the moment.

Nonetheless, admittedly, it is not an easy step to take, for the predominant desire is to view a jihadi as permanently beyond the pale of civilisation, and forever irredeemable.

And such a step would not only have ramifications for the philosophy that underlies the criminal justice system of a country but also its citizenry’s ability to rehabilitate the devious within its midst.

Other than the logistical issue of developing efficient monitoring and assessment programmes, and the relational requirement of creating dependable and trustworthy ties between communal and governmental organisations, among various additional factors it would also require the ability to think beyond the Western/anti-Western tropes through which jihadis are typically understood.

These repentant jihadis will need to be viewed as candidates for reconciliation rather than as sites for revenge or bodies to discipline. Challenging as it might be, it could be one way through which the West/Islam divide could be transcended, which is after all the basic premise upon which stands the polarised world views of IS-like organisations.

As the examples of Steven Sotloff and James Foley remind us, IS does not seem capable of taking such a step. Yet can one still hope that, when the time comes, their enemies would act better than them?

* This article was published first on IOL news

Last modified on Thursday, 19 February 2015 08:11
Tweet
More in this category: The Arab counterrevolution is in decline »
back to top