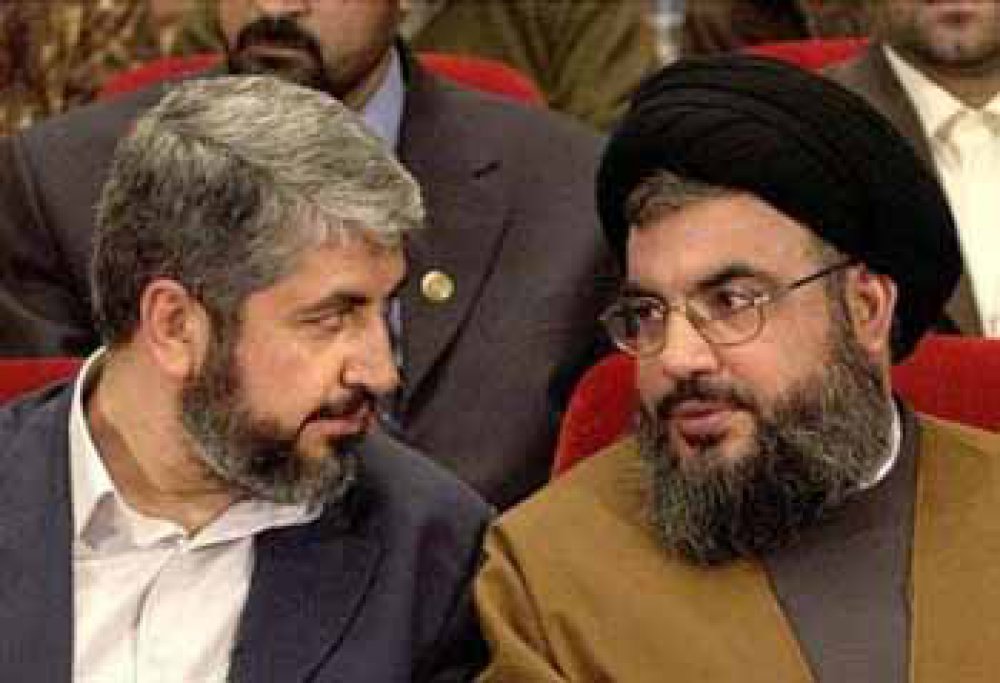 The realignment further highlights two divergent currents within Hamas: one, predominantly located in its Gaza wing, that favours armed resistance and an alliance with Iran and Hizbullah; and the second, predominantly its wing in exile, that is looking to lessen Hamas’ diplomatic isolation, and which sees its ideological closeness with the Egyptian Muslim Brotherhood, Turkey and, to a lesser extent, Qatar as an important driver. The currents are far more complex, however, than an internal-external binary. This was underscored when Ismail Haniyeh, Hamas leader and prime minister in Gaza, unequivocally threw Hamas’ weight behind the Syrian rebels in February 2012.

Although Hamas’s initial shift from Iran and Hizbullah might seem to have sectarian undertones, in light of reconciliation moves currently underway between Hamas and Hizbullah, as well Iran, it would be a gross oversimplification to read the schism that emerged between Hamas and Hizbullah through a solely sectarian framework, as some commentators have. Such a reading plays into simplistic readings of regional sectarianism, and ignores the nature of a deep-rooted political relationship which transcends sectarian differences and is based on a common opposition to Israel.

Hamas’s response to the Syrian crisis: Pragmatism, ideology or principles?

After its expulsion from Jordan in 1999, Hamas found refuge and support in Syria. The latter’s support was premised on the organisation being part of the ‘axis of resistance’. Hamas’s base in Syria would also allow for better coordination with Hizbullah. Hamas was critical to Iran, Hizbullah and Syria’s attempt to de-emphasise the Shi’a character of the axis, and its assertion instead of a Muslim and resistance identity. To the more secular Asad, whose privileged Alawi sect is an offshoot of Shi’a Islam, Hamas further helped in positioning the Syrian government as holding a non-sectarian character.

However, even before the Syrian conflict, which began in March 2011, spiralled into a brutal civil war, Hamas had found the state’s repression against the initial, relatively peaceful, protests untenable. After much internal wrangling, Hamas subsequently took what it viewed as a principled position, and broke ranks with Damascus; a move that would provoke Iran’s ire. Hamas took this step knowing well that, were Asad to be ousted, this could have serious ramifications for Iran’s and Hizbullah’s regional influence, as well as Hizbullah’s clout in Lebanon. It would spell, at the very least, a weakening of the ‘axis of resistance’, and, with Syria serving as a crucial source and conduit of weapons to Hizbullah, it would also severely impede Hizbullah’s ability to operate militarily, and to act as a counterbalance to Israel’s regional military dominance.

The rise to power of the Egyptian Muslim Brotherhood through Egypt’s first democratic election on 24 June 2012, and Qatar’s outreach to Hamas under the recently-retired emir, Shaykh Hamad bin Khalifa al-Thani, seemed to offer a viable, alternative axis for the Palestinian resistance movement. An offshoot of the Muslim Brotherhood, Hamas’s shift further underscored its gravitation towards states with a shared religious ideology, and states that could potentially lessen Hamas’ international isolation. Hamas has managed, for a long time, to juggle multiple loyalties, whilst facing the challenges of trying to govern a besieged territory with much of its leadership forced into exile across the Arab world. Hamas, however, found itself in a dilemma because of the situation playing out in Syria. Facing pressure from the Syrian regime to publicly support it, the organisation finally decided to back the uprising.

In February 2012, Ismail Haniyeh called for support for the Syrian opposition against its (former) host, Asad. Significantly, pointing to Hamas’s new alliances, this call was made at al-Azhar Mosque in Cairo. The move angered Iran, which felt that Hamas was moving in the same direction as Fatah. That is, that Hamas was giving up its resistance identity in favour of diplomacy that has only served to further disempower the Palestinian people. In response, Iran began reducing its funding to the movement and the Gaza government. However, considering the importance of Hamas to Iran’s ambitions in extending its influence in the Sunni world, Iran could ill-afford the strategic cost of severing an alliance with the Palestinian movement despite this rupture in its relationship with Hamas.

The schism between Hamas, and Iran and Hizbullah was foregrounded when, on 17 June 2013, a senior Hamas leader, Mousa Abu Marzouq, publicly ‘demand[ed] of Hizbullah to withdraw its forces from Syria’ and accused Hizbullah of ‘increasing sectarian mobilisation in the region’. Despite Hamas’s public attack on it, Hizbullah, issued no public response. Within days, however, Hamas leaders met with members of Hizbullah’s political leadership to seek a way to ease the growing tensions between the two movements. Hamas was represented by Abu Marzouq.

For Hizbullah, whose popularity has managed to transcend sectarian divisions in Lebanon, Hamas was a crucial partner in its own identity as a resistance movement fighting Israel. With the deepening of sectarianism in Lebanon, Hizbullah also needed Hamas in its continued appeal to Sunni Lebanese citizens. Furthermore, Hizbullah, aware of the pressures that had faced Hamas, had believed that Hamas, despite its shift away from the Syrian-Iranian-Hizbullah axis, would ultimately return to that alliance. One reason for Hizbullah’s confidence in this regard came from Israel’s attacks on Gaza in November 2012 during ‘Operation Pillar of Defense’. Tehran’s support for Hamas was underscored by the movement’s firing Iranian Fajr missiles deep into Israel. Hamas had built a reputation as a movement that was able to alter the psychological balance against Israel among Palestinians. Its ability to fire rockets deep into Israel during that operation saw it gain enormous popular support in Gaza and the West Bank. While Doha and Cairo would be able to offer certain types of support to Hamas, Iran and Hizbullah were convinced that neither Qatar nor Egypt would be willing to arm the movement. Hizbullah also believed that, with Hamas’s popular support based on its resistance identity, the Palestinian movement would not move away from its posture of resistance, or remain permanently alienated from the ‘resistance axis’.

Aside from the geographical significance of a shared border between Egypt and Gaza, it was expected that the ascendance to power of the Muslim Brotherhood in Egypt would facilitate a relationship between Egypt and Hamas, which has its roots in the Brotherhood. Hamas had also hoped that with the Brotherhood in power, the siege that Egypt had helped maintain on Gaza would be alleviated. The relief for Gaza that Hamas had hoped for, however, never materialised. That, together with Iran’s punitive response to Hamas and the Gaza government, placed further pressure on the movement also to reconsider its relationship with Iran and Hizbullah.

Additionally, the 3 July 2013 coup that deposed President Mohammed Mursi, and the recent abdication of the Qatari emir in favour of his son, Tamim bin Hammad al Thani, whose position on Hamas remains uncertain, left the movement with very few state allies.

Thus, despite the difficulties in their relationship, when the danger of Hamas’s political isolation increased – as the Muslim Brotherhood’s position in Egypt was becoming precarious – Hizbullah was eager to reconcile.

The rapprochement currently underway between Hamas on the one hand, and Hizbullah and Iran on the other, suggests that dynamics in the region cannot be reduced to neat alliances and allegiances.

This rapprochement was initiated in mid-June – about two weeks before the coup in Egypt. At a meeting sponsored by the Iranians in Beirut, high-level members of Hizbullah’s leadership, headed by Hassan Hoballah, met with members of Hamas’s politburo, including Abu Marzouk. The most significant sign of a return of Hamas to the Hizbullah-Iranian fold was a subsequent meeting, which reportedly included Hizbullah’s leader, Hassan Nasrallah. Discussions to restore relations touched on the following issues:

Although reconciliation talks have stalled, on 23 September Hamas, Hizbullah and Iran publicly reaffirmed their resistance pact. Khaled Mish’al, the Doha-based leader of Hamas’s politburo, and one of the movement’s leaders that had favoured the Brotherhood alliance, will be travelling to Tehran to discuss reconciliation between Hamas and Iran. The high-level trip is also an attempt at restoring trust between Hamas and Iran.

The Hamas decision to move away from the Iran-Syria axis to the Egypt-Qatar-Turkey axis gave rise to suggestions that it had placed sectarian Sunni motivations above political considerations. The current reconciliation process, however, underscores the pragmatism of all parties, and challenges such sectarian readings. This is not to ignore sectarian fault lines that are woven into the regional political landscape, but is an attempt to avoid reductionist and orientalist sectarian readings. Such readings often ignore the way in which sectarianism has been manipulated, the different schools of thinking within both Sunni and Shi’a Islam, pragmatic political motivations and deep-rooted political-ideological leanings that have transcended sectarian differences. It also ignores how different readings of political Islam intercede and find important spaces for convergence.

Despite their religious-sectarian differences, Hamas and Hizbullah had always found common political cause in their resistance approach to Israel’s occupation of Palestinian lands and southern Lebanon. The shared common enemy, Israel, and anti-Zionist ideology helped forge a political alliance. Their resistance to Israel was seen as a restoration of Arab dignity and a source of pan-Arab pride, with Hizbullah’s popularity, in particular, peaking in 2006 when it survived a thirty-four day invasion by Israel and forced Israel to end the attack without achieving any of its objectives. Hassan Nasrallah was also considered the most popular Arab leader. Hizbullah’s direct involvement in the Syrian civil war, however, has done much to damage its reputation across parts of the Arab world, and has also highlighted its Shi’a character over its Muslim identity. Reconciliation with Hamas, then, can also have the effect of winning back some of that Arab support for Hizbullah.

Conclusion: Political Islam and the implications for Hamas and Hizbullah’s relationship

The coup in Egypt that toppled the Mursi government, the purges against the Brotherhood by the Egyptian military, and the new junta blaming Hamas for Egypt’s woes, not only left Hamas in a precarious position, but also underscored the attack on political Islam across the region. This has ramifications for the future of both Hizbullah and Hamas. The common threat has encouraged reconciliation between the movements; allowing them to recognise their differences, most particularly around Syria, while uniting on commonalities, especially their resistance to Israel. Their détente also suggests the possibility that a common unified Islamist position has the potential to attenuate sectarian fault lines and allow for reconsiderations of power blocs.

Last modified on Thursday, 19 February 2015 08:36
Tweet
More in this category: Bahrain’s National Dialogue faces a Stalemate »
back to top