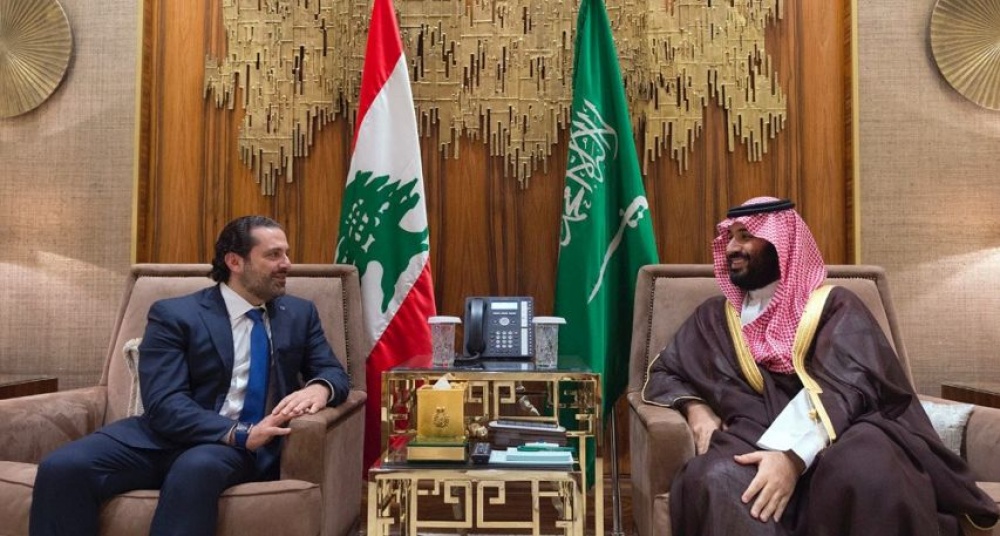 The dramatic news out of Saudi Arabia over the past week, including stories of arrests of members of the royal family, assassinations, purges and torture are not entirely a domestic matter. There is most certainly an international dimension to it, as evidenced by the coerced resignation of Lebanese prime minister, Saad Hariri, Saudi threats against Lebanon and Iran, and the Saudi call for its citizens to leave Lebanon. That international dimension, it is becoming clearer, also includes the USA and Israel.

Soon after Muhammad bin Salman (or MBS as he is often referred to), the king’s son and now crown prince of Saudi Arabia, was appointed deputy crown prince, he began ingratiating himself to the US Trump administration – with the assistance of the UAE, and is now close friends with Donald Trump’s son-in-law and advisor Jared Kushner, who was briefed about last weekend’s crackdown a week before when he saw MBS on a ‘personal visit’ to Saudi Arabia. There are numerous reasons why MBS would want the kingdom and the US to strengthen relations that had frayed over the US approach to the 2011 uprisings in North Africa, and particularly, their lack of support – from the Saudi view – for Egypt’s president, Hosni Mubarak. One of those reasons is the common hatred of Iran that both MBS and Trump have. Both administrations are bitterly unhappy about the Iran nuclear deal (which the US signed onto during the Obama administration).

In this, MBS has also made common cause with Israel. And that has led to a developing relationship between the Saudis and Israelis. It was recently reported that the Saudi crown prince visited Israel on a secret but official trip, an unprecedented occurrence. And, less than a day after MBS arrested dozens of potential rivals in Saudi Arabia, the Israeli foreign ministry sent a cable to its foreign missions asking them to piggyback on the Saudi repressive actions in order to ramp up criticism of and action against both Iran and the Lebanese group Hizbullah. The classified cable, made public by Israel’s Channel 10 News, also asked Israeli diplomats to express support for the Saudi war against Yemen, which has become a humanitarian nightmare.

Israeli diplomats were told to contact foreign ministries in their host countries, and reiterate the Saudi position on Hariri’s resignation, using it to paint Hizbullah and Iran as “destructive”, and to pressure the host governments to regard Hizbullah as a “danger to the stability of Lebanon and other countries of the region”.

Israel regards Hizbullah as probably its second most dangerous enemy after Iran. It was, after all, Hizbullah which forced Israel to end its occupation of areas in the south of Lebanon, and which withstood a sustained war by Israel in 2006. However, Hizbullah is a legal political party in Lebanon, and is part of the government headed by Hariri.

Not long after the Israeli cable, Saudi Arabia, strangely, announced that Lebanon had declared war on the Saudi kingdom – simply because Lebanon has Hizbullah as a political party. Many Lebanese interpreted that announcement as a Saudi declaration of war, a perception that was strengthened when, on Thursday, the kingdom called on its citizens in Lebanon to evacuate the country. Clearly, the Saudi and Israeli agendas not only dovetailed with each other, but were, in fact feeding off and reinforcing one another.

There is a strong belief among Lebanese people and commentators on Saudi Arabia that the Lebanese prime minister, Hariri, was forced by MBS to announce his resignation, and that he is being held prisoner in the kingdom, along with the scores of others arrested last Saturday night. Even Hariri’s own Future Party made similar comments to the media later in the week. Hariri announced his resignation on Saudi TV rather than on his own TV channel, and did so from Riyadh rather from his own country. In an announcement that was scripted for him, Hariri blamed his resignation on interference in Lebanon by Iran, and non-cooperation with Hizbullah.

Trump’s tweets of support for the authoritarian actions of MBS reinforce the common agenda between Saudi Arabia, Israel and the US. “They know what they are doing,” he said, referring to MBS’ crackdown, which included Saturdays arrests – including those of two sons of the former king, a son of the former crown prince (who was also sacked from his position as head of the powerful National Guard), numerous businesspeople (including Waleed bin Talal, one of the richest men in the world), heads of three major media networks, and former ministers. Through these moves, MBS has taken full political control and sidelined all other sections of the Saudi royal family; he now has complete control of all sections of the Saudi security and armed forces; he is able to shape the Saudi narrative as he wants it; and he has prepared the way for his father’s abdication and his ascension to the throne – without any criticism from other Saudis.

That he is in the process of transforming an authoritarian system and power structure into an even more authoritarian absolute monarchy where all power is controlled by one person does not faze Trump or the Israelis. Indeed, as the Israeli cable indicates, such authoritarianism can be useful in the effort to isolate Iran and destroy Hizbullah.

The repercussions of this triumvirate of cooperation can be catastrophic for a Middle East region that is already mired in a number of wars – with large parts of Syria and Yemen completely destroyed, facing humanitarian disasters, and is dealing with more than 13 million displaced people (mainly from Syria and Yemen). While Iran is more than capable of defending itself against all three, Lebanon, more than 20 percent of whose population is refugees from neighbouring Syria and Palestine, is now under psychological, propaganda, diplomatic and military threat from both Israel and Saudi Arabia. With a fragile political system, the country is bracing itself for a possible external attack from Israel, and internal upheaval from Saudi-funded extremists. If such actions begin, Lebanon could be plunged into another civil war that could destroy the country. And it is quite likely that all three countries will bring their battle with Iran onto the African continent as well.

The newly-emerging Saudi-US-Israeli alliance could prove to be disastrous for the Middle region and for Africa.