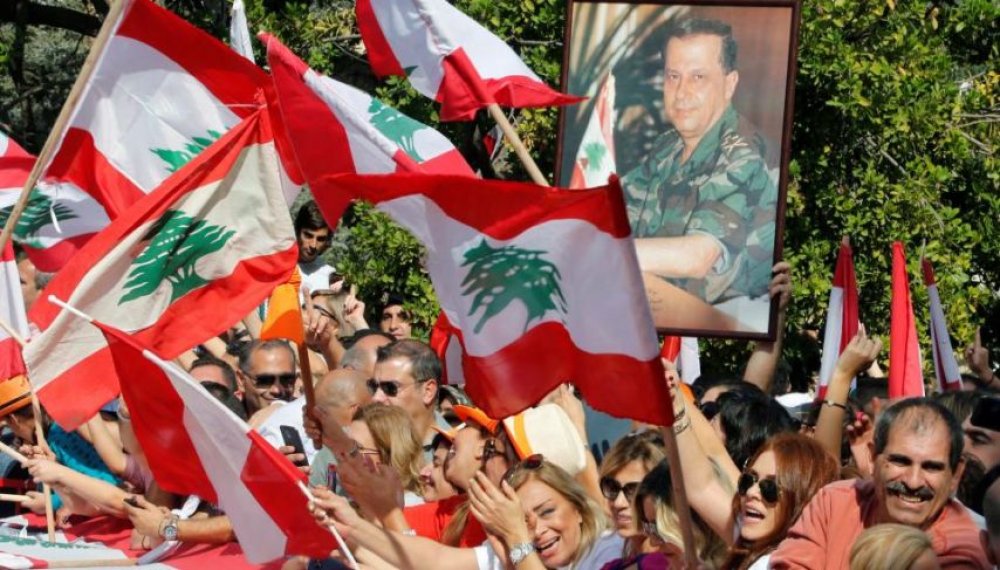 The election of General Michel Aoun as president of Lebanon earlier this month ends a two-and-half year stalemate when the country could not agree on who the president should be, and parliament extended its own term twice. It also points to a reconfiguration of the bipolar coalition politics which have severely gridlocked the country’s formal political processes. Aoun’s election was spurred mainly by domestic political manoeuvrings, but it will mean little in terms of service delivery and improvements in governance for the Lebanese citizenry. Nor will it result in any immediate change in the country’s stance toward the Syrian crisis. (Syria is an always-looming factor in Lebanese politics.) Indeed, Lebanese politics and governmental functions were only minimally impacted by the presidential vacuum; this because of the country’s entrenched sectarian and religious patronage networks, and because a convergence over the Syrian spillover into Lebanon had, since 2014, seen mainstream politicians being forced to work together. Aoun’s election does, however, indicate that Lebanon’s confessional political system remains entrenched.

Currently leader of the Christian Maronite Free Patriotic Movement (FPM), Aoun is a former army chief who had been previously involved in a failed attempt to eject Syrian troops from Lebanon after the 1989 Taif Accords which ended Lebanon’s fifteen-year-long civil war. He spent fifteen years in self-imposed exile in Paris after the war and after his unsuccessful attempt to head a rival administration in the years preceding Taif. In 2006 he and the FPM sealed an agreement with Hizbullah, and Aoun changed his position on the Syrian regime, then headed by Bashar al-Asad.

Elected by simple majority, Aoun’s installation as president was a mere formality after he had received the backing of the largest Sunni party, Saad Hariri’s Future Movement (FM), a week earlier. The main reason that a president could not be elected in the past two-and-half years was that the two main political blocs – one led by Hariri’s FM and the other by Hizbullah – could not agree on a single candidate. This stalemate has its origins in the confessional political system left behind by the French when Lebanon gained independence in 1943. In terms of that system, the 128 parliamentary seats are divided equally between Muslims (Sunni and Shi'a) and Christians (Maronite and Catholic); and the president must be a Maronite Christian, the prime minister a Sunni, and the parliamentary speaker a Shi'a. The Taif Accords were supposed to be a stepping stone to take the country beyond confessional politics, but the various roleplayers have not succeeded in transcending sectarian politics.

Hariri’s decision to finally support Hizbullah’s candidate meant that an eighty-six-member parliamentary quorum was realised, and thus, on the forty-fifth attempt since the term of the former president, Michel Suleiman, ended in May 2014, the country was able to elect a president. Hariri’s backing means that there has been a serious attempt by all sides to transcend the bitter divide between the Hizbullah-led March 8 and FM-led March 14 coalitions, formed after the assassination of Hariri’s father and former prime minister, Rafic. This is also the first time that the three largest political parties – FM, Hizbullah and FPM – have endorsed the same candidate.

The change is a result of both domestic and regional political shifts, which have caused Lebanese politicians to reassess the coalition politics that had been in place for over a decade. The impasse regarding the presidential vacuum did not serve Hariri’s political agenda. It ensured that he would not be able to become prime minister because he would be blocked by Hizbullah and its March 8 allies. Although the current prime minister, Tammam Salam, was nominated by Hariri’s March 14 coalition, he played the role of an independent candidate by also maintaining ties with March 8, leaving Hariri without firm control over the government. The deal to elect Aoun as president secured Hariri’s position as prime minister, and he is already rushing to form his cabinet before Lebanon’s Independence Day on 22 November. With Lebanon’s presidency being a ceremonial position, the prime minister is actually more important in terms of governance. The cabinet is expected to mirror the confessional proportions in parliament, and could see Hizbullah ministers serving in Hariri’s government. Hariri was likely also concerned that the delay in electing a president was keeping him out of power at a time when Sunni opinions on a number of issues were diverging. Further delays could see other Sunni politicians such as former justice minister, Ashraf Rifi, or Salafi cleric Ahmed Al-Assir, winning over Sunni support. He thus took a gamble – despite opposition even from within his party – and it seems the gamble will pay off.

Another reason for his acceptance of Aoun as president is his recent difficulties with his patrons in Saudi Arabia. His relationship with the Saudi crown prince, Mohammed bin Nayef, is said to be strained, and Hariri businesses in Saudi Arabia are facing difficulties because of the struggling Saudi economy. Saudi Arabia reneged earlier this year on four billion dollars in military and security aid to Lebanon after the Lebanese government failed to condemn the storming of the Saudi embassy in Tehran in January. The Saudis are also much more focused on their war in Yemen, and seem willing to temporarily postpone their interest in Lebanon. It is unclear whether Hariri’s decision to strike a deal with Hizbullah on the presidency was sanctioned by the Saudis, and, if it was, what their strategy might be for this move. It is possible that the January silence on the Tehran embassy issue has convinced the Saudis that they require more loyal leadership in Beirut – even if it means allowing an Asad-supporting Hizbullah candidate to become president.

Yet another domestic factor that should not be ignored is that Lebanese citizens have become increasingly disillusioned with their politicians. In 2015, the Lebanese government’s inability to efficiently dispose of refuse led to the founding of the Youstink movement, and in the May 2016 municipal election the non-aligned Beirut Madinati movement gained around forty per cent of votes in the capital. It has since announced its intention to also contest the 2017 parliamentary election. Both these movements include large numbers of non-partisan Lebanese youth frustrated with the failures of politicians and parties, and less influenced by confessional and sectarian identities. Even in Hizbullah strongholds such as in southern Lebanon and Baalbek, around forty per cent of votes in the municipal election were cast against the Shi'a joint list of Hizbullah and the Amal party.

Mainstream parties such as Hizbullah and Future have thus had to find some means of cooperation to break the political deadlock, prevent a loss of power, and to ensure a reinvigoration of traditional Lebanese politics. This resulted in previously unlikely coalitions for the municipal election, such as between Hariri’s Future and Aoun’s FPM.

For most of Lebanon’s citizens, however, little will change as a result of Aoun’s election and Hariri’s new government. Service delivery will likely continue to be devolved to patronage networks, especially since these are a means for mainstream parties to generate support and revenue. This is especially because these party patronage networks are entrenched, often work more effectively than the state, and have allowed the country to run relatively smoothly throughout the two-and-half-year presidential vacuum. In the meanwhile, Hizbullah’s influence and the maintenance of its armed wing and its weaponry (a cause of much protest from Future and the Saudis in the past) will endure. Further, Lebanon’s stance toward the Syrian conflict and its policy of ‘disassociation’ from the regional tensions between Saudi Arabia and Iran will continue – even if Aoun does make speeches supporting the Asad regime.

But as the political structure in Lebanon is tightened, the one million Syrian refugees in that country might find that their situation becomes worse. All mainstream political parties have already adopted steps to limit the Syrian conflict’s spillover into Lebanon; and President Aoun’s aggressive stance against Syrian refugees in Lebanon could result in attempts at repatriation.

The election of a new president after two-and-half years is an assertion of the sectarian Lebanese status quo that reinforces the letter of the Taif Accord, but fails to transition to its spirit, which aimed to transcend the confessional system to entrench a strong Lebanese national political identity. It is an indication of how Lebanon remains hostage to regional and international influences, and of its inability to assert its independence as a sovereign nation state. The country’s political system is a reminder of the remnants of the French colonial project, and of the consequences of foreign intervention. In this are lessons for those who are keen to divide Syria and further divide Iraq.