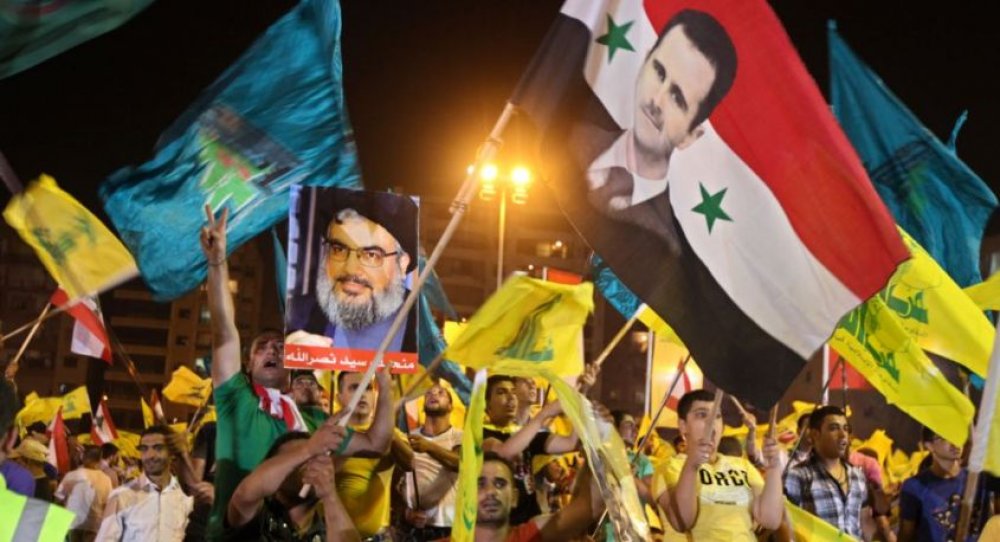 Lebanon is in a tenuous situation, with a stagnant economy, and the country’s debt-to-GDP ratio having risen dramatically. Political polarisation has increased, and many state institutions are virtually non-operational. Citizens are forced to bypass the state to receive services, and political parties depend on informal mechanisms to govern. The country has been without a president since May 2014, and the legislature has unconstitutionally extended its mandate twice. In the past few months these realities culminated in the garbage crisis. Although initially largely driven by middle-class activists, the garbage protests rallied those disaffected by government’s incompetence and politicians’ lack of seriousness – as reflected by the repeatedly postponed parliamentary elections.

The Syrian crisis caused 1.2 million Syrians to flee to Lebanon, disrupting its tenuous sectarian balance and placing greater pressure on its already stressed institutions. Lebanon’s inability to adopt a coherent stance toward the Syrian crisis resulted in increased militancy and disillusionment, especially amongst its Sunnis. Sectarianism has increased, and many militia groups which had been active during the civil war have begun rearming. Hizbullah’s stances and activities have often been a major contributing factor in causing or inflaming this situation.

Especially after Israel’s 2006 war against it, the party increased its military capacity. It now possesses more lethal weapons with a greater range, and despite increased Saudi and French funding for the Lebanese army, Hizbullah remains the most powerful military force in Lebanon. Its involvement in the Syrian war, where it has actively supported the regime of President Bashar al-Asad, has made its commanders and fighters more battle hardened. Initially only advising the regime, Hizbullah has increasingly been leading various battles. With between 5 000 and 7 000 troops in Syria, it has also coordinated activities with the Lebanese army to minimise the conflict’s spillover into Lebanon.

These activities, however, have had side effects. Hizbullah’s involvement in Syria has stretched it financially, and it has lost between 700 and 1 000 fighters there – around a quarter of whom belonged to its elite forces. This has negatively affected its recruitment, and in order to attract and rapidly prepare new recruits it has become more lax with its training and vetting procedures. It has also re-established the Lebanese Resistance Brigades, a force of Lebanese Shi'a and Christian fighters who are not required to have the same combat and ideological training as fighters in its regular militia. Ill-discipline has crept in, and its strict, secretive command structure has recently been infiltrated; it is unclear how serious this has been. Its fighters have also been targeted by the Islamic State group (IS) and Jabhat al-Nusra (JN) inside Lebanon.

Despite the difficulties associated with its role in Syria, the group likely calculated that it would have been worse off in the long term had it not intervened in Syria, since that country is crucial as a conduit of weapons from Iran. The party has been largely successful in ensuring the existence of a contiguous route from Damascus to Lebanon for arms and personnel transfers, and in its assistance in bolstering Syrian regime positions in these areas. It has also had successes in pushing out most of the rebels – especially those from JN and IS – from Qusayr and the Qalamoun mountains which adjoin the Lebanese border. Thus, even if Asad was to lose much Syrian territory, Hizbullah would probably still be able to receive Iranian weapons. This route will be easily maintained, even if the regime is forced to retreat and form an Alawi state in the western parts of Syria.

The past decade has seen an increase in Hizbullah’s political influence in Lebanon. From having no cabinet ministers in the early 2000s and partnering with only the Amal party, it now is able to hamstring the executive. Even though Hizbullah itself has only two members in cabinet (because of Lebanon’s sect-based constitution), its March 8 coalition has eight of the twenty-four ministers. It was able to collapse the Saad Hariri government in 2011, and has managed to scuttle the appointment of a president for the past year. Its main concern about a new president is that the incumbent would have the power to initiate a debate about Hizbullah’s weapons, a red line for the group. This concern was heightened after its involvement in Syria, which resulted in its prestige withering among Lebanese Sunnis, and former president Michel Suleiman advocating for its disarmament. Hizbullah therefore prefers a president who will not raise this matter, and it supports the Free Patriotic Movement (FPM) leader, General Michel Aoun, for the post. (Lebanon’s sectarian constitution dictates that the president must be a Christian.) The FPM has been Hizbullah’s coalition partner in the March 8 since 2006 when the two parties signed a memorandum of understanding.

Unlike other communities, Hizbullah’s constituency is dependent on it rather than the state for the provision of many services, giving it an advantage in the internal balance of power. Hizbullah’s influence over its main constituency, the Shi'a community, combined with its powerful armed wing, has allowed it to maintain its influence in Lebanese politics. The IS influence, particularly among disillusioned Lebanese Sunnis, and Christian shock at IS brutality towards Syrian Christians have augmented Hizbullah’s influence in the Lebanese Christian community. Many Christians – especially in the south of Lebanon – believe that Hizbullah is the only party able to protect their individual and communal rights. That is why there exists a Christian militia within its resistance brigades.

Hizbullah’s flag in the region has, however, become tattered, except in Iraq where it trains various Iraqi popular committees participating in the war against IS. From being seen as a pan-Arab party and admired across the region after Israel’s 2006 war with Lebanon, Hizbullah is now viewed by many as a sectarian party. Its unwavering support for Asad has dented its influence among many Arab governments and people alike.This is in stark contrast to 2011 when it was seen as the only major Arab party to support the various uprisings. Gulf States have since increased sanctions on the party, and in January 2015 the Arab League condemned the party’s intervention in Syria and Arab foreign ministers condemned statements by Hizbullah head Hassan Nasrallah criticising the Bahraini monarchy. Its military intervention   in Syria has also strained its military capacity and willingness to threaten Israel.

It has already sought to contain tensions caused by Israeli activities in Syria which have killed Hizbullah combatants. In January 2015 Hizbullah fired missiles at unmarked vehicles in the Israeli-controlled Shebaa Farms area killing two Israeli soldiers in retaliation for an Israeli airstrike the week before in Syria, which killed six of its operatives. However, in response to Israeli counter retaliation, the party sent a message through the United Nations Interim Force in Lebanon (UNIFIL) calling for de-escalation and expressing its intention not to expand the conflict. Its increased influence in Iraq and Syria is perceived by many in a sectarian light.

There is no doubt that Hizbullah will continue being a crucial actor in Lebanese politics, seeing that the support of its core constituency and the position of its militia are unlikely to change in the medium term. Its increased popularity among, and coordination with, Lebanese Christians through its alliance with the FPM and the resistance brigades will help strengthen the March 8 coalition in which it is the major partner.

Russian air strikes in Syria and the presence of Russian military personnel will result in a more cautious approach from western and Gulf states in their support of Syrian rebels. There is now also an increased possibility that Asad will remain in power, even if in a transitional role, a position insisted on by Russia and accepted by the USA and most European states. If Asad’s position in Syria is thus secure, Hizbullah’s concerns about the flow of its weapons will be allayed. And with Iran being welcomed back to ‘legitimacy’ by the West, and thus expecting a rapid improvement in its economy, Hizbullah’s financial future also seems more secure. The Syrian conflict will stymie Hizbullah’s regional aspirations and continue diminishing its popularity in the region. The party is unlikely to welcome a conflict with Israel in the short term.

However, even if the Syrian civil war ends or is downgraded soon, the 1.2 million Syrian refugees in Lebanon are unlikely to immediately return home. This will place enormous demographic and institutional pressure on Lebanon’s 4.5 million citizens, especially since sectarian affiliations are entrenched, and because Syrian refugees are distributed throughout the country, unlike the 400 000 Palestinian refugees who are largely confined to camps. Hostility towards Syrian refugees, and the sectarian nature through which the Syrian crisis is being perceived by Lebanese groups is already causing a number of refugees and disillusioned Sunnis considering a violent alternative, and memories of the fifteen-year civil war which resulted in 100 000 deaths are resurfacing. In another such war, however, the adversaries will not be Christians and Muslims, but Sunnis and Shi'ias, with Christians and others choosing sides on the basis of their interests.

The Lebanese political system, while flawed, is resilient. The political elite is unlikely to allow the situation to spiral into another civil war. In April 2014, when it was feared that the country was spiralling toward intense violence, both the Sunni Future movement and Hizbullah set aside their antagonisms to sign a security pact.