Politics surrounding the tribunal for Lebanon 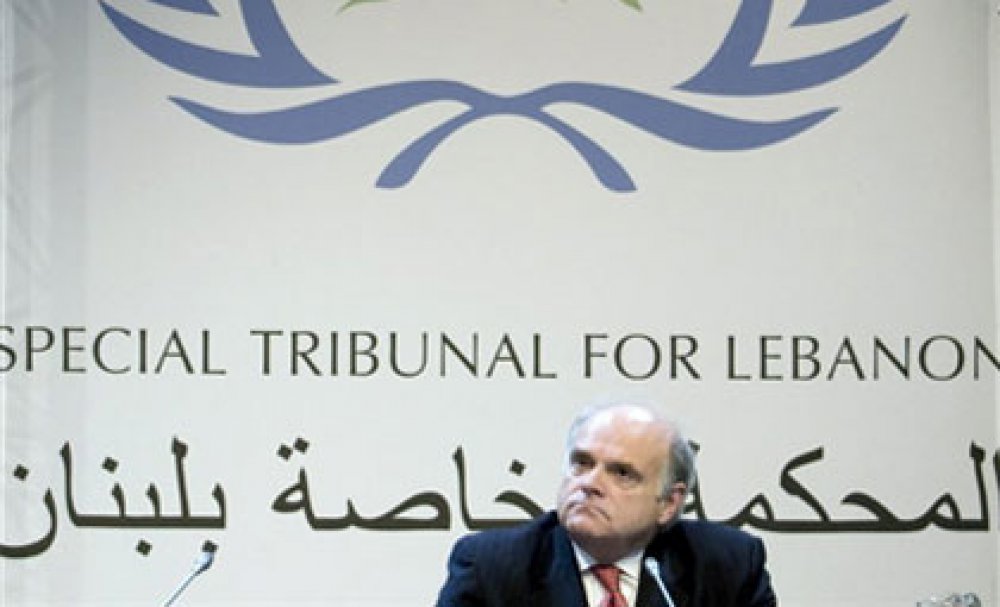 The 2005 assassination of Lebanon's Prime Minister Rafik Hariri was followed by the launching of an international investigation into the assassination, and the subsequent setting up of the Special Tribunal for Lebanon (STL) in 2007. Both were problematic from the outset. First, it was unprecedented for a special foreign tribunal - albeit nominally under United Nations sponsorship - to be established to investigate the assassination of a state official. This unprecedented step raised suspicions as to the real political motivations of the west. Second, the process instantly became a further catalyst for the polarisation that had been instigated by the assassination itself.

The assassination of Hariri reshuffled long-standing alliances in Lebanon along "pro-Syrian" and "anti-Syrian" lines. It also served to release decades of pent-up resentment against Damascus' political patronage, and finally led to the end of the Syrian military presence in the country. Backed by Washington, and the West in general, the "March 14thcoalition" - led by Hariri's son Saad - embraced the investigation and its successor, the STL, as vehicles for "justice" for Hariri's death, and for the string of assassinations of Lebanese politicians and intellectuals who had been critical of Syria.

March 14th openly accused Syria of the killings, and demanded punishment for Syrian leaders. Reports on the investigation that were leaked or published repeated such allegations, relying on witnesses who claimed complicity in a conspiracy planned in Damascus with the acquiescence of top-level security officers in Lebanon.

Hizbullah raised questions about the investigation from the beginning, saying that it was politically motivated to isolate Syria and its allies, and arguing that the German prosecutor, Detlev Mehlis, had not shied away from publicly socialising with and showing affinity to the March 14th leaders. Thus, when "star witnesses" mysteriously started disappearing as their testimonies were challenged and inexplicably dropped by the STL, the opposition charged that the process was fraudulent and politically-motivated.

In April 2009, the STL released - without any explanation - four senior Lebanese security officers from jail after their having served four years in prison. This drove holes into the case against Syria, and further undermined the credibility of the investigation. By then, the presence of the STL had become an important tool used by each competing coalition to undermine the credibility of the other. For March 14th, the STL was extremely crucial to delegitimise the alliance of Hizbullah with Syria and Iran, while to the Hizbullah-led March 8th forces the STL was a symbol of March 14th complicity with the US and France to end resistance against Israel.

It was therefore clear that the announcement of the STL's initial findings, originally scheduled for the autumn of 2010, could prove to be a catalyst for a showdown between the two camps. However, it became even more sensitive after leaks to the German Der Spiegel magazine indicated that the STL would accuse Hizbullah members of the Hariri assassination.

The initial report was dismissed as rumours that aimed potentially at weakening Hizbullah in the parliamentary elections. In the election, March 14th scored a relative victory that increased the tension and initially prevented the formation of a government. By then, the new American administration had already shifted from a policy of isolation to one of active engagement of Syria, prompting Syrian-Saudi reconciliation, and the return of "the S-S" stabiliser equation - as it is called in Lebanon - to shape internal Lebanese politics.

A national unity government was subsequently formed, and, after prodding from his Saudi backers, Prime Minister Saad Hariri reluctantly agreed to go to Damascus for a reconciliation meeting with the man he had accused of killing his father. The loud denunciations of and accusations against Damascus were already disappearing from the political discourse, signalling the gradual return of Syrian political influence in Lebanon. Almost in the same period, reports of the impending STL indictment of Hizbullah members were resurfacing, together with renewed and more forceful calls either for the disarming of Hizbullah or for the merging of its forces into the Lebanese army.

The emerging discourse was reflective of the changes in the region. The US appeared to tolerate a strong Syrian role in Lebanon, partly in return for Damascus' support for political stability in Iraq, but had its sights set on Iran - Hizbullah's main backer - as its main regional adversary. If Hizbullah was becoming more suspicious that the STL findings would be a tool to delegitimise and disarm it, two developments confirmed the movement's fears:

Hizbullah went on the offensive, and launched a pre-emptive strike by warning that it would not sit still if the STL indictment targeted its members. The warning was a reminder of the events of the 5th May 2007, when Hizbullah forces took over down-town Beirut and locked it down until the government revoked a decision to confiscate the movement's communications network.

The country seemed on the verge of a showdown, but Syria and Saudi Arabia promptly intervened. In an unprecedented move, Syrian and Saudi leaders convened a tripartite summit in Beirut with the Lebanese president at the end of July in order to halt the rapid political deterioration in Lebanon.

The Syrian and Saudi leaders succeeded in getting the parties to commit themselves to stopping all media and political attacks against each other, and to solving their differences without a resort to arms. Meanwhile, the parties agreed that they would use the period of "political calm" to find a compromise that could prevent the STL indictment from exploding into an internal conflict.

Saudi Arabia has since been working on two possible "solutions" to the STL predicament. These are:

The problem, however, is that the decision on the findings is no longer a Lebanese one. The US and other western countries, especially France, must approve any such "solution". According to various reports, the US has already rejected the idea of scrapping the court. Moreover, Hariri, as the son of the assassinated prime minister and the leader of the March 14th coalition, cannot easily accept either solution as he is faced with opposition from his supporters and possibly his family. He has, however, already pledged that he will not allow his father's assassination "to destroy the national unity and stability of Lebanon".

Aware that the STL may proceed in its indictment, Hizbullah presented to the public what it said was evidence that implicated Israel in the Hariri assassination. Acting like a defence lawyer in court, Nasrallah showed footage intercepted from Israeli surveillance planes. The footage showed that Israel had monitored and examined Hariri's car routes inside and outside Beirut, emphasising road curves, including the exact site of the murder.

Although Nasrallah acknowledged that his presentation was not "conclusive proof", it was sufficient to prompt both the government and the STL to say that all evidence - including that implicating Israel - should be looked into. Nasrallah handed the footage over to the Lebanese judiciary, which in turn gave it to the STL. But the STL demanded access to all the evidence that Nasrallah claimed he possessed, and declared the documents that had been turned over as "incomplete". Nasrallah's turning the attention to Israel has succeeded in creating more doubts about the STL's credibility, and may result in, at least, a postponement of the indictment. But the problem is far from solved and remains open to different scenarios. If Saudi efforts fail in getting Hariri to reject a Hizbullah indictment or fail in the attempt for a formal annulment of the STL, an indictment could be postponed indefinitely.

But the issue at the core of the political division in Lebanon is not really the STL. The STL is being used to address a political issue - i.e., the role of Hizbullah in Lebanon. Seen within this context, even if Saudi Arabia managed to find a solution that would prevent internal strife, Israel and its allies will move to step up the pressure to destroy Hizbullah. An Israeli strike is a possibility, but Israel and its lobby in Washington have also started a new track. The pro-Israel lobby has begun a campaign to cut all military aid to Lebanon with the pretext that Hizbullah has managed to infiltrate and radicalise the army. American lawmakers have already frozen $100 million in military aid to Lebanon after the Lebanese army recently clashed with Israeli soldiers over a border dispute. The Israeli campaign is not aimed at cutting off aid to Lebanon as much as it is aimed at creating conflict between the army and Hizbullah in an attempt to crush the movement.

But history shows that the army has always refused to confront Hizbullah, a movement which is respected in Lebanon as the resistance that freed the south of Lebanon of Israeli occupation. The situation remains charged in Lebanon despite the current state of "political truce". But the key to political stability, even a tense one, will lie in the persistence of Saudi-Syrian agreement regarding the tiny country. Israel may thus end up not having any alternative but to resort to military force and war in its attempts to liquidate Hizbullah.

* Lamis Andoni is a journalist and researcher focusing on the Middle East.