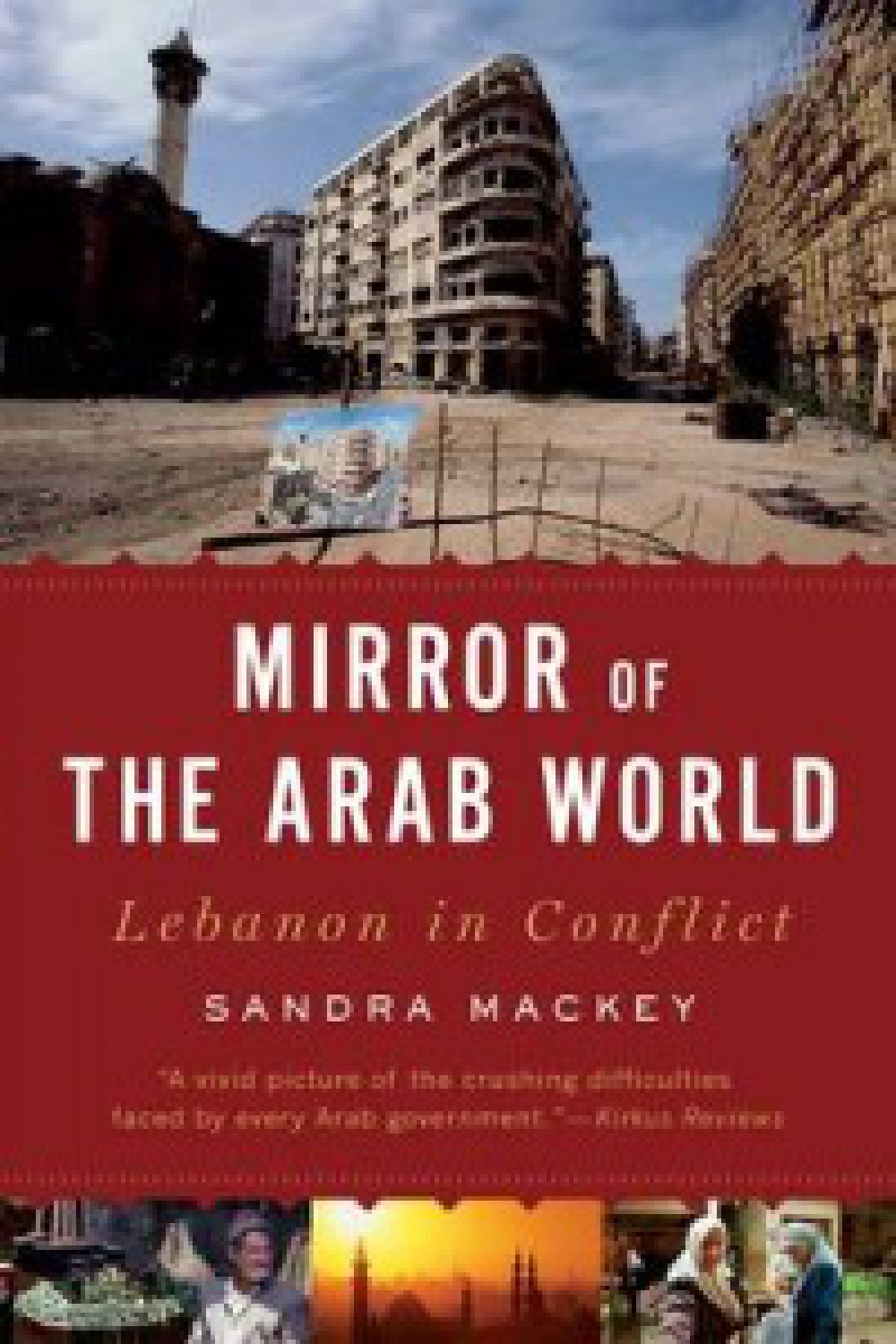 Mirror of the Arab World is a good book for someone unfamiliar with Lebanon, its history, its people and its politics, and who wants an accessible volume that is enlightening in this regard. The book traces the origin of each sectarian group within the Lebanese fabric – Maronite and Greek Orthodox Christians, Sunni and Shi'a Muslims, and Druze – in order better to explain the sectarianism, strong group identity and conflict within Lebanese society as well as explaining the structure of the state. In doing so, a fascinating story dating back to the fourth century unfolds. Mackey also explains the complicated place of Palestinian refugees as discriminated-against outsiders within Lebanese society who, at different stages, played a variety of roles in adding to the challenges of forging a Lebanese nation – from altering the communal balance to the creation of a state within a state to its role in the Lebanon's civil wars. With Hizbullah being a crucial element in the Lebanese political milieu, she also focuses on the increase in power of the mostly impoverished and powerless Shi'a Muslim minority throughout the Middle East.

A large part of Mackey's focus, throughout the book, is 'the hollow [Lebanese] state' from the time that Lebanon was carved out by the colonial powers as a state on its own, separate from Syria. She highlights the sectarian makeup of the Lebanese state, and the manner in which the state has repeatedly been made subservient to individual or narrow group interests. These interests also help ensure that the notion of a Lebanese 'nation' is virtually non-existent.

One of Mackey's strengths – her journalistic and highly descriptive writing – is also a weakness. She often uses poetic licence in a way that distorts reality, and, sometimes, presents Arabs in stereotyped ways as exotic and, even, backward.

It is in her attempt to illustrate that Lebanon is a 'mirror' of the 'Arab world', however, that Mackey falls flat. 'By examining the Lebanese experience,' she writes. 'I intend to lead the reader into the Arab world to glimpse its complexities, frustrations and virtues.' She attempts to portray Lebanon as, at the same time, unique and typical within the Arab world. She fails. The parts of the book where she tries to extrapolate the Lebanese experience to the rest of the Arab world are the most tortuous and out of place. Further, there is no logic to how she defines 'the Arab world'. No reason is given for excluding North Africa (except for Egypt), and Yemen from her discussion of the Arab world, except '[f]or reasons of politics and culture'.

For those wanting to see Lebanon as the 'mirror of the Arab World', this book will disappoint. To those wanting a journalistic and readable account of Lebanon, it will satisfy.

Last modified on Thursday, 19 February 2015 15:47
Tweet
More in this category: The dangers of the UNIFIL crisis »
back to top