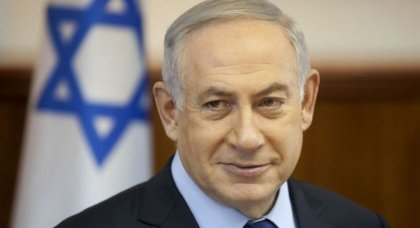 The visit by Israeli Prime Minister Binyamin Netanyahu to Uganda, Rwanda, Kenya and Ethiopia early July was an indication of the Israeli confidence in the support it can expect on the African continent. Apart from intending to strengthen trade ties with these east African countries, Netanyahu prepared the scene for a public endorsement by African countries of the Israeli bid for observer status at the African Union, just weeks before the AU Summit in Rwanda’s capital, Kigali.

Israel has worked tirelessly in various African countries, and already has strong intelligence, security and agricultural ties across east Africa. In 2015 Israeli military advisers assisted Kenyan authorities against the Somali group al-Shabab during the group’s siege of Nairobi’s Westgate Shopping Mall; in 2014 Netanyahu provided logistical support to Nigeria in its search for schoolgirls seized by Boko Haram militants. Israel has also employed ‘water diplomacy’ across the continent, making water irrigation techniques available to African governments and civil society groups. However, a larger prize has eluded Israel since the AU’s establishment in 2002: observer status of the continental organisation, which it previously enjoyed in the Organisation of African Unity.

Netanyahu’s July charm offensive came after months of bilateral talks, and numerous African leaders visiting Tel Aviv. The choice of countries for his visit was clearly based on prior commitment obtained from them that they would publicly announce their support of Israel’s AU bid. With these countries’ support in the Israel also expects greater diplomatic support in the UN Human Rights Council, General Assembly and other major international bodies. The benefits of Israel’s courting of African countries are demonstrable. In September 2015, for example, if passed, an International Atomic Energy Agency proposal would have forced inspections of Israel’s Dimona nuclear facility. However, Burundi, Kenya, Rwanda and Togo voted against, and a number of other African countries abstained, thus defeating the proposal.

The relationship is reciprocal; Ethiopian prime minister, Hailemariam Desalegn, thanked Israel for helping secure Ethiopia a non-permanent seat on the UN Security Council for 2017, and promised to reciprocate by backing Israel’s AU bid, a position echoed by the Kenyan president, Uhuru Kenyatta. The July AU summit, however, did not discuss Israel’s bid, suggesting that Netanyahu’s east African trip was the beginning of a strategy that could culminate in the next AU summit in January 2017.

In Uganda, Netanyahu called for deeper relations between Israel and Africa; in Kenya, Kenyatta said ties with Israel were necessary in the global fight against terrorism. Nairobi is also seeking Israeli assistance to construct a wall on its border with Somalia, similar to Israel’s border fence with Sinai desert and Jordan. In Kigali Netanyahu spoke about joint experiences of genocide between Jews and Rwandans. He omitted to mention that Israel had supplied the 1994 genocidal Rwandan government with weapons, as it continued to do with President Paul Kagame’s government thereafter. In 2014 Kagame had even agreed to accept African refugees denied asylum in Israel and incarcerated in the Negev desert, in exchange for Israeli weapons. At every stop, Netanyahu emphasised joint engagement in development, security and trade.

Israel’s focus on Africa has been part of its ‘periphery doctrine’ which seeks to encircle hostile Arab states with friendly non-Arab neighbours. In the past these friends of Israel included Iran under the Shah, Turkey, and the Sudanese People’s Liberation. Although Arab states and the Arab League are now complicit with Israeli – as seen by recent interaction with Israel by Saudi Arabia, the UAE and Qatar – this doctrine continues to be useful for Israel.

Since 2002, a number of African states have determinedly stood against the Israeli bid for AU observer status, including South African and Libya. With Libya’s Muammar Gadhdhafi no longer in power and that country involved in a messy civil war driven in part by western states, and with South Africa becoming friendlier towards the USA and its Africa Command, the question is how long AU members will resist the stronger Israeli push for its seat in Addis Ababa.