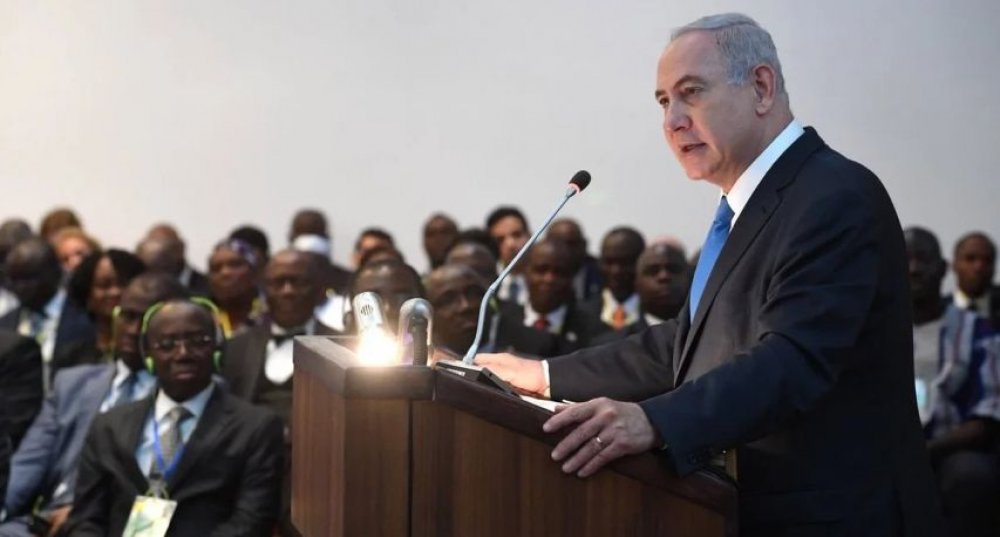 In his speech at the fifty-first ECOWAS heads of state summit in Monrovia, Liberia on 4 June, Israeli prime minister Binyamin Netanyahu claimed Africa and Israel shared ‘a natural affinity’ and ‘similar histories’. His attendance at the summit is a further indication of Israeli ambitions to shore up support from African states, extend Israel’s influence in Africa, and obtain observer status in the African Union (AU). ‘Israel should once again be an observer state of the African Union…I fervently believe that it’s in your interest too, in the interest of Africa. And I hope all of you will support that goal,’ Netanyahu told West African leaders. This initiative included Netanyahu’s visit to East Africa last year, the first visit by a sitting Israeli prime minister to an African state in twenty-nine years. However, the summit was punctuated by spats between Morocco and Israel after King Muhammad VI of Morocco reportedly skipped the summit citing the Israeli presence.

ECOWAS is a subregional bloc comprising fifteen member states dedicated to the advancement of political and economic integration in the West African region. Members include: Benin, Cote d’Ivoire, Gambia, Ghana, Guinea, Guinea-Bissau, Liberia, Mali, Niger, Nigeria, Senegal, Sierra Leone, Togo, Cape Verde and Burkina Faso. Except for Nigeria, all fifteen states attended the summit, which discussed issues of security, political stability and economic integration. In his speech at the summit, Netanyahu addressed these issues, hoping to charm the West African delegates sufficiently to be able to garner support for Israel’s AU bid as well as to boost economic ties in the agriculture and technology sectors. As part of this effort he attempted to compare African struggles to Israel: ‘With determination and conviction, you won your independence…This is very much our story. Our people too were denied independence,’ he said.

Other non-member attendees at the summit included UN Secretary-General Antonio Guterres, AU commission chairperson Moussa Faki and a Moroccan delegation championing its application for ECOWAS membership. All the non-member attendees gave addresses at the summit except Morocco’s representatives. The fact that no Moroccan was slated to speak has been cited as one possible reason why King Muhammad VI did not attend the summit.

The Israeli government’s prioritising the bolster of ties with African states gained a boost last year when Netanyahu visited East African states Rwanda, Ethiopia, Kenya and Uganda. Regaining AU observer status has been a crucial objective of Israel after losing this status in 2002, when the Organisation for African Unity (OAU) was dissolved and replaced by the AU. Israel’s loss of observer status was due to pressure exerted by former Libyan leader Muammar Gaddafi, who accused Israel of promoting African wars, and South Africa. That the State of Palestine is an observer at the AU makes Israel’s bid even more desperate. Such a status will bolster Israel’s legitimacy in Africa, and enhance its ability to lobby and influence African states on several issues. It will also allow Israel to influence the voting behaviour of African states at multilateral institutions such as the United Nations.

Morocco and Israel have a shared ambition to influence African states in the AU and the UN. The West African country, which recently rejoined the AU, seeks African states’ support for its control of Western Sahara. Both Israel and Morocco see African states as a means to an end in the pursuit of their interests, hence the row between the two countries at the ECOWAS summit. According to the Moroccan Foreign Ministry’s official statement, Mohammed VI cancelled his trip to the summit because of Netanyahu’s presence at the meeting; he ‘did not want his presence at the summit to take place under a context of tension and controversy’. The Israeli government denied the Moroccan claims, saying Mohammed’s absence reflected his sulking after he was not given an opportunity to address the summit.

Netanyahu used the summit to secure support from West African states, including in sideline meetings with representatives of individual states. Believing that East Africa is securely in the Israeli camp, Netanyahu focused on renewing and forging relations with Francophone states. Even small states such as Togo are important for Israel because the votes of such small states at the UN General Assembly have equal value to any other states, which might be critical of Israel, especially states in the Arab and Muslim world. More support at the UN means Israel can more effectively oppose resolutions against its occupation. Netanyahu was clear about his objective to divide Africa: ‘There are 54 countries [in Africa]. If you change the voting pattern of a majority of them, you at once bring them from one side to the other. We want to erode the opposition and change it to support.’ Netanyahu also used the occasion to mend relations with Senegal, which, in December 2016, co-sponsored a UN Security Council resolution condemning Israeli’s ongoing construction of Jewish settlements in the West Bank and East Jerusalem, resulting in Israel recalling its ambassador. After a side meeting at the ECOWAS summit, Israel reconciled with Senegal, which will see the Israeli ambassador reinstated.

Netanyahu considers his East Africa trip last year as successful. He met Kenya’s president, Uhuru Kenyatta, who visited Israel in February 2016, and pledged that Kenya would advocate for Israel’s observer status at the AU. Kenya has strong trade and security relations with Israel. During the July 2016 multilateral meeting with East African states, Tanzania announced it would open an embassy in Israel, reversing the diminished bilateral ties between Tanzania and Israel following the 1973 October War. Following the July meeting last year, ECOWAS President Marcel Alain De Souza visited Israel where he and Netanyahu signed a declaration for greater economic cooperation between ECOWAS and Israel.

This will not be Netanyahu’s last trip to Africa this year; he is scheduled to attend an Africa-Israel summit in Togo in October, where he plans to meet representatives from twenty-five African states. Continental heavyweights, such as South Africa, Nigeria and Algeria, appear dissatisfied with Israel’s growing presence in the continent, and Nigeria’s absence at the ECOWAS summit may be an indication of such discontent. South Africa, Algeria and other states have staunchly criticised Israel, and expressed reservations about the upcoming Togo summit, but have not yet actively lobbied other African states in this regard, suggesting an incapacity or lack of commitment to curb the Israeli quest for influence on the continent.

Last modified on Sunday, 11 June 2017 23:00
Tweet
More in this category: As Israel tried to woo African states, it expels African refugees »
back to top