The battle for Fallujah and the challenge for Iraqi unity 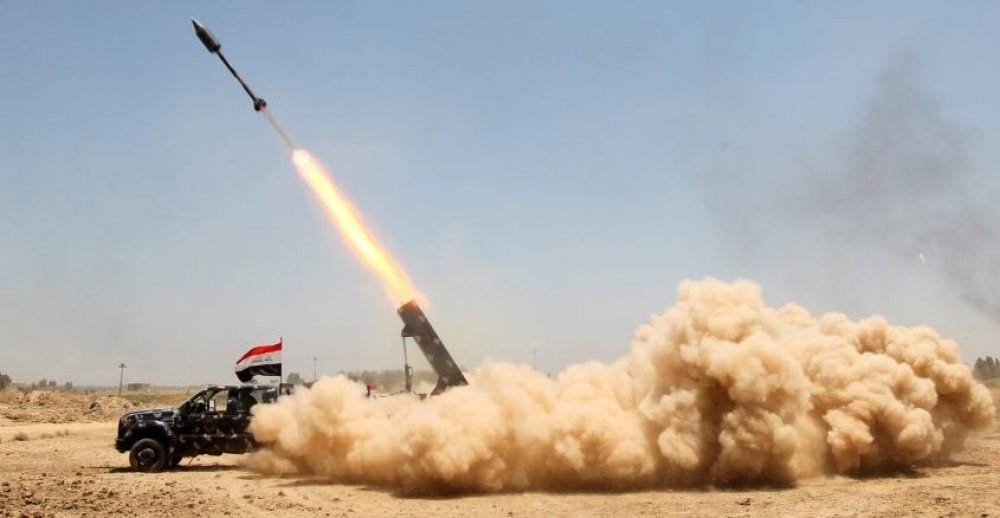 The Iraqi army’s assault on the city of Fallujah held by the Islamic State group (IS) has ground to a halt in light of fierce house-to-house fighting with IS fighters. The city has been under IS control since January 2014, with 90 000 civilians trapped inside. Some 20 000 civilians fled during the first few weeks of the fighting, which began on 25 May, through IS lines, dodging Iraqi army fire, and even swimming the Euphrates river. In the initial push towards Fallujah, the Popular Mobilisation Forces (Hashd al-Sha'bi) were at the forefront of the battle. These Shi'a militias have been accused of numerous human rights violations against Sunni communities, since their cooption by Baghdad in the fight against IS.

Merely fifty kilometres north of Baghdad, Fallujah is strategically important to the Iraqi capital. IS has used it as a staging ground for infiltrating the capital, and executing attacks that have sapped confidence in the government’s ability to provide security. The manner in which Prime Minister Haider al-Abadi retakes Fallujah and returns it to Baghdad’s authority will serve as the template for the Iraqi army’s impending assault on Mosul, which will be conducted in coordination with Kurdish Peshmerga forces. The battle of Fallujah also represents an internal political issue for Iraq’s Shi'a political class. The successes of the Badr Brigade, a Shi'a militia with strong links to Tehran, in securing Baghdad and beating back IS from Diyala province has provided Badr leader Hadi al-Ameri with significant political capital. Meanwhile the protest movement in Baghdad against corruption and poor service delivery threatens to de-legitimise Abadi’s fledgling government.

The inability of Iraqi forces to coordinate with Sunni tribal leaders – who the government had alienated through heavily sectarian security measures – granted IS the ability to consolidate its control over Fallujah in 2014. In light of the failures leading up to the fall of Fallujah, the government has recently worked to increase coordination with Sunni tribes and militias in battles to retake territory seized by IS since mid-2014. This coordination is a conscious attempt by Abadi to provide a united national front against IS, exemplified through the increasing purchase Sunni tribes and militias have over Baghdad’s approach to retaking Sunni areas. Sunni tribes have called on the government to reign in Popular Mobilisation Forces in the Fallujah assault. Abadi had attempted to hold them on the outskirts of the city. In the days leading up to the current assault, reports of abuses by these forces against Sunni civilians in the liberated areas south of Fallujah prompted Anbar’s Provincial Council to call on ‘sectarian factions [to keep] away from the battle of Fallujah’. In light of these abuses, Abadi also ordered the government to prosecute fighters accused of committing violations.

Within the Shi'a political class, Abadi is on the back foot. The Badr Brigade has become a prominent force within Iraqi politics through its successes against IS. Badr’s political front, the Islamic Supreme Council of Iraq, is poised to become kingmaker in Iraqi elections. This party receives much financial support from Tehran, and uses its control of Diyala province to exhibit its potential as a ruling partner. Meanwhile, the Sadrist camp, led by influential Shi'a cleric Muqtada al-Sadr, seized upon the May protests in Baghdad’s Green Zone to demand the prime minister changes his cabinet to a technocratic one, eradicates corruption, and enhances service delivery. Sadr and Abadi support the incorporation of the Popular Mobilisation Forces into the Iraqi army, a move opposed by Badr head Ameri. Other militia leaders echo this.

The battle for Fallujah will be a protracted engagement for Iraqi national forces, is becoming increasingly bloody as Iraqi forces get closer to the centre where IS militants are holed up, allegedly using civilians as human shields. Abadi knows that using the militias will grant political points to his rivals. However, these forces have proved effective at clearing and occupying rural zones around contested cities. Abadi thus devised a formula in which Popular Mobilisation Forces are held at the outskirts to prevent IS reinforcements entering the cities, but play no visible role in the liberation of the city. This is a positive development in the battle against IS. The perception of the Iraqi army as liberators in Sunni Fallujah will assist in the pursuit of national unity. Success could guarantee Abadi’s administration the popular support it drastically needs.

Last modified on Thursday, 16 June 2016 11:05
Tweet
More in this category: Mosul: the beginning of the end for the Islamic State? »
back to top