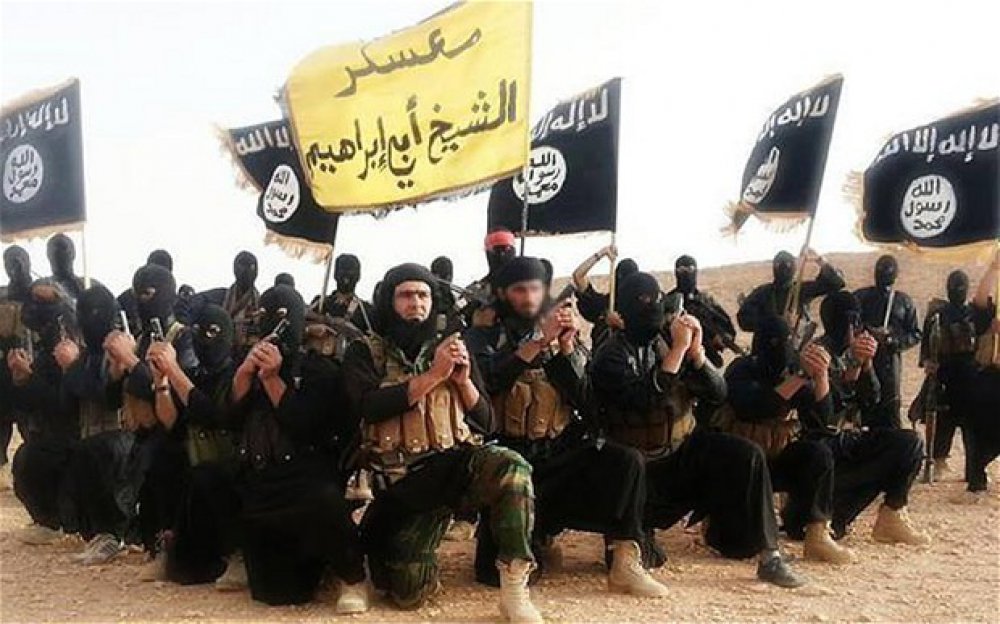 Almost three years after the withdrawal of US troops from Iraq, the country is suffering the dramatic rise of the Islamic State of Iraq and Levant (ISIS), a militant group that has succeeded in dividing Iraq, and has the potential to unravel the states that make up the modern Levant – Syria, Lebanon, Jordan, Palestine, northern Turkey and Cyprus. Some argue that ISIS has already created a new ‘state’, having carved a ‘country’ from the adjoining regions of eastern Syria and western Iraq. Its latest and most stunning victories have been the capture of Mosul, Iraq’s second largest city and the most important Sunni-majority city, on 10 June, followed by the seizure of Tikrit, less than 150 kilometres north of Baghdad, just one day later.

However, despite the sudden and widespread media attention on Iraq – given labels such as ‘the spiralling ‘Iraqi crisis’ – these events have not materialised out of nowhere. Developments in Iraq have pointed in this direction for a while, and were it not for the fact that the tragedy of the Syrian crisis has dominated headlines about the Middle East, more than a few observers might have predicted the turn of events in Iraq.

After all, just five months ago, in January 2014, ISIS captured Fallujah, another important Sunni city in Iraq; in April 2013 it announced the formation of its ‘Islamic state’ in the Syrian province of al-Raqqa; while in August 2013 the organisation made it clear that its campaign –Soldiers’ Harvest – aimed to win territory in the Iraqi provinces of Ninevah, Diyala and Babil.

Nonetheless, ISIS’s gains have been remarkable. Just a few months ago the organisation was forced out of the al-Qa'ida family and attacked by rebel factions in Syria. Despite this, and by using its ‘hit and run’ tactics to sow fear and disorder among the Iraqi security forces, ISIS flourished in Iraq. Even the Washington Post acknowledged that its leader Abu Bakr al-Baghdadi is ‘the world’s most powerful jihadist leader’.

However, the Iraqi government also bears some responsibility for this situation. Its ineptness and corruption, among other factors, has contributed to the simultaneous spread of hatred for the central government, and ISIS’s rising popularity among Sunni Iraqis. For example, the organisation, which supposedly has a total of 3 000 to 5 000 members, reportedly took Mosul with fewer than a thousand fighters, while Iraqi security officers abandoned their equipment, stripped off their uniforms and hid among the crowds escaping the city.

In fact, the culpability of the Iraqi government runs deeper still. The underlying causes of ISIS’s rise relate not only to the inefficiency of the Iraqi security forces, but also to the overall failure of governance during the reign of Saddam Hussein and in the post-Saddam era. This failure has institutionalised sectarian and ethnic divisions within the political elite and generated a pernicious culture of corruption and authoritarianism.

As part of the US plan for Iraq after its occupation by the American-led coalition, the country has effectively become divided into three zones based on ethnic and sectarian divisions between the Kurds, the Shi’a and the Sunnis; the possibility of balkanisation has long threatened the country, leading to debates over different political solutions, such as federalism and partition. The Kurds already enjoy a significant degree of autonomy in the northern provinces, with the autonomous Kurdistan Regional Government (KRG) possessing its own armed forces, the Peshmerga, who are independent of the Iraqi Security Forces (ISF) controlled by Baghdad.

A more immediate factor contributing to the rise of ISIS is the sectarianism fostered by the prime minister, Nouri al-Maliki, and his government, which has created a widespread sense of marginalisation among the Sunni population. In fact, Maliki’s use of Shi’a rhetoric and imagery became so excessive that the most senior Shi’a cleric in Iraq, Ayatullah Ali al-Sistani, saw fit to chide the prime minister and remind him that the Iraqi government needed to represent the whole of Iraq rather than just its Shi’a citizens. Besides meting out the death sentence to Iraq’s top Sunni politician and then vice-president Tariq al-Hashimi, Maliki’s government has failed to address the ISF’s brutality in their response to Sunni-led anti-government protesters. For example, apart from carrying out mass arrests and torture, the ISF has indiscriminately shelled civilians and recruited increasing numbers of Shi’a soldiers. All this has created a perception within the Sunni community that the ISF is essentially a Shi’a force rather than a national army. Similarly, Maliki’s support for Iraqi Shi’a militias fighting on behalf of the regime in Syria incensed Sunnis in Iraq. From a Sunni perspective, while the Iraqi government described legitimate Sunni protests as terrorism, members of the Shi’a community had been given government support to kill Sunnis in Syria. ISIS’s tactic of immediately freeing prisoners from jails in Mosul, therefore, signalled to Sunnis that they should see ISIS as liberators rather than as captors.

For these reasons, ISIS’s capture of Mosul and its subsequent victories cannot simply be understood as a terrorist takeover. Some analysts have even described the situation as a ‘tribal revolution’ because ISIS is not acting alone. Rather, it has the support of major tribal leaders, former Ba’athists from Saddam Hussein’s regime, and other disgruntled Sunnis who would rather support ISIS than make peace with the Maliki government. Such allies pose obvious strategic concerns for ISIS. Its goal is to build its version of an ‘Islamic caliphate’ in Syria and Iraq (and eventually throughout the Middle East), whereas its local partners are likely to be happier consolidating their gains (and ‘independence’) in the Sunni regions of Iraq.

The closer ISIS moves to Baghdad, and the more it threatens the Shi’a population in the southern parts of the country, the more likely it is that foreign and regional governments will come to Malliki’s aid. Iran, Turkey and the USA might find common cause to launch co-ordinated military offensives against ISIS and its allies. However, ISIS’s allies are likely to resent this more than ISIS itself. Moreover, the question of how ISIS will establish its caliphate and rule within the areas it holds is likely to create friction between itself and its allies. The Ba’athists are secular, and, in general, the local population will be unhappy with the kind of authoritarianism and the penchant for a harsh implementation of shari'ah shown by ISIS in Syria.

ISIS has, thus far, adopted a relatively measured approach, making sure that it does not alienate the locals too much. For example, ISIS leaders telephoned ahead of their advance on the oil refinery in Baiji, and asked tribal leaders to get the guards to stand down and avoid hostilities. ISIS has also encouraged locals to continue going to work and made public announcements that it did not intend to harm them since its fight was with the government. However, this situation is tenuous and seems unlikely to hold for long.

Maliki is sure to find support from Iran and within the Shi’a population in Iraq, even though the sectarian orientation of this alliance will likely increase the Shi’a-Sunni polarization in Iraq. Sistani has already asked Iraqi Shi’a to volunteer for the ISF. Maliki is likely to find support in the KRG, but this will not be without complications or a cost. The KRG has been involved in a stand off with Maliki over its right to sell oil internationally without going through Baghdad, and Maliki will be wary of KRG’s control of oil-rich towns such as Kirkuk, which many Kurds consider the heartland of any future independent Kurdish state.

Similarly, while Turkey is economically and physically threatened by the rise of ISIS on its southeastern border, and is incensed by ISIS’s capturing of its citizens from the Turkish consulate in Mosul, the Turkish government will have to temporarily ignore its disagreements with Baghdad’s support for the Syrian regime if it is to work with the Maliki government. The USA has deployed four warships to the Persian Gulf to signal its support for Baghdad against ISIS, but the US president, Barack Obama, has ruled out, at least for now, the possibility of large scale troop deployment. Meanwhile Saudi Arabia, the other significant regional actor, has remained silent on the issue. The only move it has made thus far has been to condemn Maliki’s sectarianism. While there is speculation that Saudi Arabia is behind ISIS’s gains in Iraq, there is little evidence that this is the case. Saudi Arabia, despite its disagreements with Baghdad, especially over the influence of Iran in Iraq, is aware that ISIS is not a group that will remain beholden to its wishes. Therefore, it too has more cause to side with Baghdad in its fight against ISIS, even though this does not look likely given Maliki’s accusations against Riyadh. As ISIS moves towards the Iraqi capital, the biggest danger to the region comes from wider sectarian polarisation and retributive violence. ISIS’s rising star might decline quickly once the regional powers decisively come to Maliki’s help. However, it is likely that in the process of regaining territory they will miss addressing the underlying social and political issues that have led to this situation. Without a genuine attempt to reconcile with the Sunnis of Iraq, even if ISIS and its militant allies are pacified quickly, Maliki and his supporters will only postpone the current crisis to a future date.