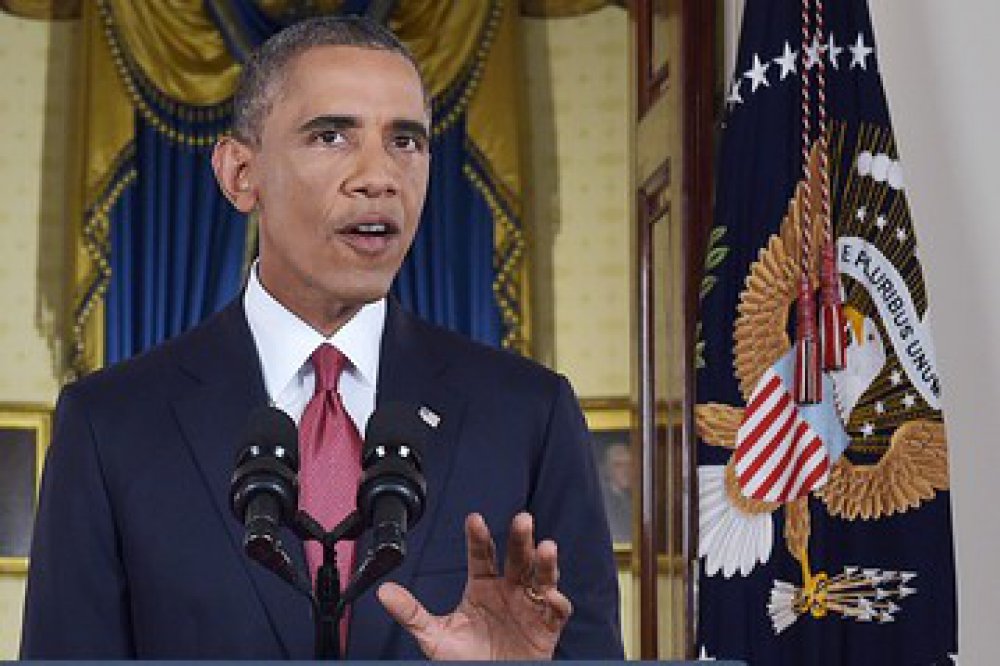 Obama did, however, introduce a new element: US airstrikes in Syria, presumably intended to prevent IS retreating from Iraq into Syria where it would be able to regroup and initiate another offensive. Obama hopes his strategy will help ‘degrade and destroy’ IS. However, his strategy mainly has a military focus, and lacks a coherent and thorough political vision, which is what is ultimately required to ‘degrade’ and ‘destroy’ a group like IS. As a result, there are significant weaknesses or gaps in the strategy.

It is unclear how Obama will get Saudi Arabia, Iran, Qatar, and Turkey to work together in a coalition against IS. While each has its reason to be concerned about IS, their more fundamental fear relates to how Iraq (and the region) will develop after the IS threat is eliminated. Saudi Arabia, for example, despite it willingly offering its territory for an anti-IS training programme, is apprehensive about how Iran might dominate the anti-IS fight, and, consequently, manage to turn Iraq into even more of a pawn in Iran’s search for regional hegemony. Thus, for Obama’s international alliance to work, his administration will need to get the important regional actors to transcend their present ‘cold war’-type situation. Obama has no serious ideas on how to resolve these Middle Eastern divisions between states and within Iraq. The Obama administration praised the formation of a new Iraqi government with a prime minister, Haider al-Abadi, who is from the same party as the discredited former prime minister, Nouri al-Maliki, and a cabinet predominantly composed of the same discredited people who that have dominated Iraqi politics for a decade. The initial nominee for interior minister, Hadi al-Ameri, had commanded the much feared Badr Corps militia, and is not suited to win the trust of alienated Sunnis who have sided with IS against the Iraqi government. In such an atmosphere, without a properly developed plan for reconciliation between the various communal elements, Obama and Kerry are merely engaging in superficialities. They betray their inattention to a proper political program to ‘degrade and destroy’ IS, and their naivety in believing that their regional partners, such as Saudi Arabia and Turkey, are not taking note of how Iran still continues to control Iraq.

Another complication is Obama’s reticence to support the development of a political process to resolve the Syrian crisis, thus allowing IS’s appeal for those who want to confront the Assad regime to strengthen. Neither is it clear, on the Syrian side, who the ‘moderate’ rebels are that Obama wants to enlist in his fight against IS. Furthermore, it is worrisome that Obama is finding allies in the same tyrannical governments that have caused their populations to turn to radical groups like IS in their attempt to develop an emancipatory politics. More specifically, his anti-IS strategy might contribute to a new wave of repression being unleashed by Middle East governments, which, in turn will feed into the cycle that generates IS-like groups. Even more problematic is the glaring absence of any recognition by Obama that the USA has directly contributed to the spread of Islamic radicalism in the region through its frequent interventions into Iraq.

While the Middle East is falling apart, an inward looking Obama is unable to provide the clear headed leadership that is not forthcoming from any quarter Half way into his second term, his foreign policy increasingly looks like a patchwork of ideas connected only by the desire to make USA less of an interventionist global power, which is what his international coalition against IS is supposed to achieve. In the long run, a slowly retreating imperialist approach to world politics is likely to benefit both the USA and the rest of the world. But one can only hope that the short term incoherence it displays will not further exacerbate the existing global tensions into something more catastrophic.

Last modified on Thursday, 19 February 2015 08:47
Tweet
More in this category: IRAQ: Isis has credibility crisis »
back to top