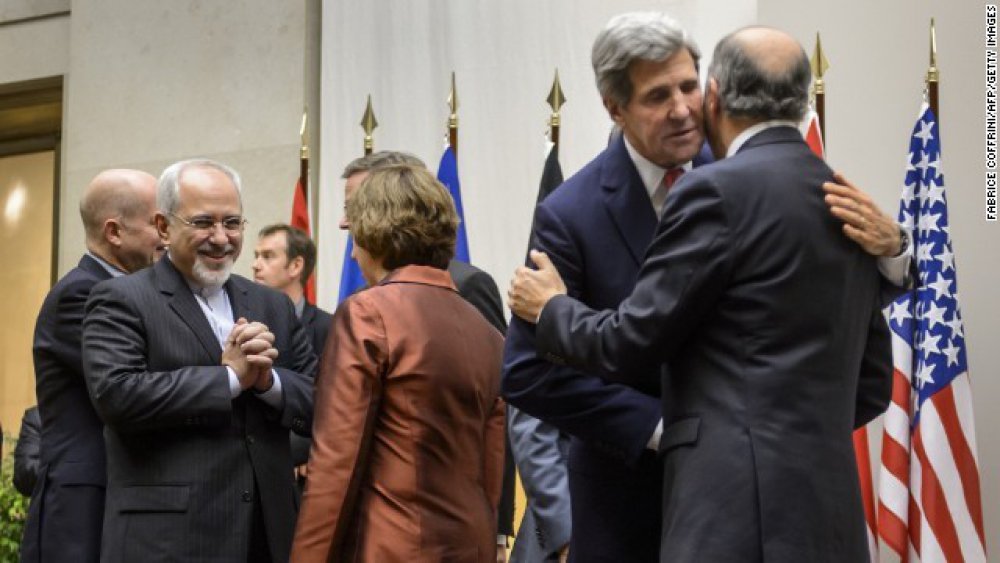 The agreement on Iran’s nuclear programme concluded this week seems to be an example of the benefits of concerted diplomacy. Once it is ratified by the US Congress and Iranian Supreme National Security Council, the agreement will improve relations between Iran and western countries, and will undoubtedly also have a significant impact on the regional level.

Negotiations for an agreement have been ongoing for twenty months, from the Joint Plan of Action (JPA) signed in November 2013. That deal provided some sanctions relief for Iran on trade in gold and civilian motor and aircraft parts in exchange for a freeze of the country’s nuclear programme. Contentious issues have included the number and type of centrifuges Iran would be allowed to operate, the level of uranium enrichment it would be permitted, the timing and extent of sanctions relief, and issues regarding its missile programme. According to this week’s agreement, the Islamic republic will be allowed to operate 5000 first generation centrifuges; its uranium enrichment will be capped at below five per cent; it will store a maximum of 300 kilograms of its ten ton enriched uranium stockpile domestically; its underground Fordo nuclear facility will be repurposed for research and the heavy water reactor at Arak will be converted so as it can’t produce weapons grade plutonium. In return, it will receive sanctions relief, phased in over eight years. Restrictions on its nuclear programme will, however, last fifteen years.

Iran will grant the International Atomic Energy Agency (IAEA) ‘controlled’ access to all facilities the agency deems suspicious. Only After it certifies that the nuclear programme was not used as a cover for military activities, sanctions relief will commence – early 2016, to be implemented in two phases, ending in eight years. European Union sanctions on oil imports and the exclusion of Iran from the SWIFT international banking system will be reversed. This massively constricted the Iranian economy, and its removal will ensure an increase in investment and growth in government revenue. US sanctions relating to Iranian support for militant groups will, however, be maintained and the US trade embargo sustained.

Part of the reason for the dragging out of the negotiations was objections from other regional players. Regional hegemons such as Saudi Arabia and Israel sought to stunt the deal, fearing the consequences of Iran’s acceptance by western states. At the core of these fears is Iran’s regional aspirations and the leverage it possesses through relations with groups such as Hizbullah and Hamas, as well as the Iraqi and Syrian regimes and the Houthi militia in Yemen. The Saudi and Israeli lobbying activities included the address to the US Congress by Israeli Prime Minister Benjamin Netanyahu in March, and Saudi Arabia attempting, unsuccessfully, to use deals with French arms manufacturers to sow discord within the P5+1 (Russia, China, Britain, USA, France and Germany).

Iran will see an unfreezing of the roughly 100 billion dollars the Islamic Republic possesses in foreign institutions. Some of that has already been unfrozen in terms of the JPA, such as the recent transfer of thirteen tons of gold by South Africa to Iran. Although most of the unfrozen assets will be used to boost Iran’s struggling economy, a significant portion will likely be deployed to assist the Syrian regime of Bashar al-Asad and the Lebanese Hizbullah. This is the main reason accounting for the opposition that most Syrian rebel groups have expressed toward the deal. Such additional Iranian support could result in an intensification of the Syrian conflict, and an even greater increase in the number of Syrians killed.

As Iran’s economy and its relations with the West strengthen, Saudi Arabia will likely push for greater Gulf Arab integration through the Gulf Cooperation Council, and the creation of a Sunni bloc, as the kingdom squares up to its regional rival. This may result in heightened conflict in third countries such as Syria, Yemen, and Lebanon as both regional powers increase support to their proxies. While covert cooperation between Tel Aviv and Riyadh is likely to continue, neither country will confront Iran militarily directly.

Despite their being no talk of establishing diplomatic relations between the USA and Iran, and certain US sanctions being maintained, the deal means US acknowledgement of Iran’s regional status and will be seen as a form of partnership between the two states for the first time since the 1979 Revolution. The immediate manifestation of this will probably be in the fight against the Islamic State group (IS), where both Iranian and US forces are assisting the Iraqi government. For the USA, it also represents another step in its withdrawal from the Middle East region as it seeks to ‘pivot’ eastward, securing its interests through a regional balance of power between Iran, Saudi Arabia, Israel and Turkey.

Last modified on Friday, 28 August 2015 15:46
Tweet
More in this category: An agreement of Iran’s nuclear programme: convergence but not detente »
back to top