Algerian Students determined to pursue Algeria's biggest anti-government protests in years boycotted classes on Monday to denounce an offer by President Abdelaziz Bouteflika not to serve a full term if re-elected. Hundreds of protesters took part in small demonstrations across the north African country, continuing almost two weeks of marches and rallies against the 82-year-old leader's plan to seek a fifth term. Footage published on social media shows large crowds walking through the streets chanting and raising their arms in the air. For more on this story we joined ON THE LINE by Ebrahim Deen, a researcher at the Afro-Middle East Centre, a research institute based in Johannesburg South Africa. 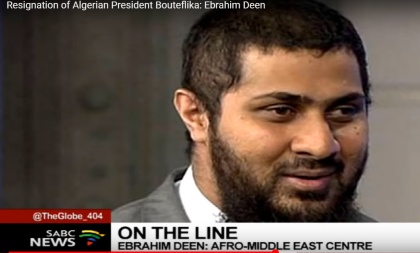 Algerian President Abdelaziz Bouteflika has resigned...that's according to STATE TV. The ailing 82-year-old Bouteflika has been clinging to power despite weeks of protests that first erupted in February when he said we would seek a fifth term in power. For more on this story, we are joined on the line by Afro-Middle East Centre researcher, Ebrahim Deen. 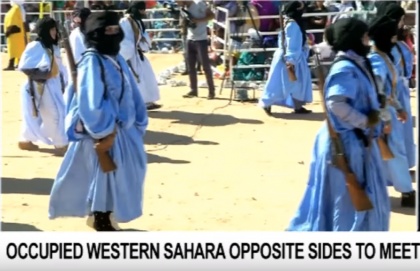 History and Occupation of Western Sahara

Parties to the long-running conflict over Western Sahara will meet for the second round of talks after a successful initial round that took place in December last year in Geneva. The territory is the subject of a dispute between Morocco and its indigenous Saharawi people, led by the Polisario Front. Ebrahim Deen is a researcher at the Afro-Middle East Centre, a research institute based in Johannesburg. We have asked him to outline the history and the stalemate of the decades-long occupation of the of Western Sahara.