Expressing its continuing concern with the grave situation in the Middle East,

Emphasizing the inadmissibility of the acquisition of territory by war and the need to work for a just and lasting peace in which every State in the area can live in security,

Emphasizing further that all Member States in their acceptance of the Charter of the United Nations have undertaken a commitment to act in accordance with Article 2 of the Charter,

1. Affirms that the fulfilment of Charter principles requires the establishment of a just and lasting peace in the Middle East which should include the application of both the following principles:

(i) Withdrawal of Israel armed forces from territories occupied in the recent conflict;

(ii) Termination of all claims or states of belligerency and respect for and acknowledgment of the sovereignty, territorial integrity and political independence of every State in the area and their right to live in peace within secure and recognized boundaries free from threats or acts of force;

(a) For guaranteeing freedom of navigation through international waterways in the area;

(b) For achieving a just settlement of the refugee problem;

(c) For guaranteeing the territorial inviolability and political independence of every State in the area, through measures including the establishment of demilitarized zones;

3. Requests the Secretary-General to designate a Special Representative to proceed to the Middle East to establish and maintain contacts with the States concerned in order to promote agreement and assist efforts to achieve a peaceful and accepted settlement in accordance with the provisions and principles in this resolution;

4. Requests the Secretary-General to report to the Security Council on the progress of the efforts of the Special Representative as soon as possible.
Adopted unanimously at the 1382nd meeting.

Considering the urgent need to spare the civil populations and the prisoners of the war in the area of conflict in the Middle East additional sufferings,

Considering that essential and inalienable human rights should be respected even during the vicissitudes of war,

Considering that all the obligations of the Geneva Convention relative to the Treatment of Prisoners of War of 12 August 1949 1/ should be complied with by the parties involved in the conflict,

1. Calls upon the Government of Israel to ensure the safety, welfare and security of the inhabitants of the areas where military operations have taken place and to facilitate the return of those inhabitants who have fled the areas since the outbreak of hostilities;

2. Recommends to the Governments concerned the scrupulous respect of the humanitarian principles governing the treatment of prisoners of war and the protection of civilian persons in time of war contained in the Geneva Conventions of 12 August 1949;2/

3. Requests the Secretary-General to follow the effective implementation of this resolution and to report to the Security Council.

Adopted unanimously at the 1361st meeting.

273 (III). Admission of Israel to membership in the United Nations

Having received the report of the Security Council on the application of Israel for membership in the United Nations,1/

Noting that, in the judgment of the Security Council, Israel is a peace-loving State and is able and willing to carry out the obligations contained in the Charter,

Noting that the Security Council has recommended to the General Assembly that it admit Israel to membership in the United Nations,

Recalling its resolutions of 29 November 1947 3/ and 11 December 1948 4/ and taking note of the declarations and explanationsmade by the representative of the Government of Israel 5/ before the ad hoc Political Committee in respect of the implementation of the said resolutions,

Acting in discharge of its functions under Article 4 of the Charter and rule 125 of its rules of procedure,

1. Decides that Israel is a peace-loving State which accepts the obligations contained in the Charter and is able and willing to carry out those obligations;

2. Decides to admit Israel to membership in the United Nations.

3/ See Resolutions adopted by the General Assembly during its second session, pages 131-132.

4/ See Resolutions adopted by the General Assemblyduring Part I of its third session, pages 21-25. 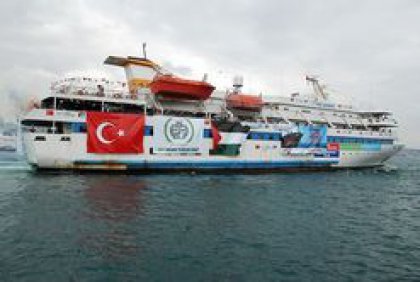 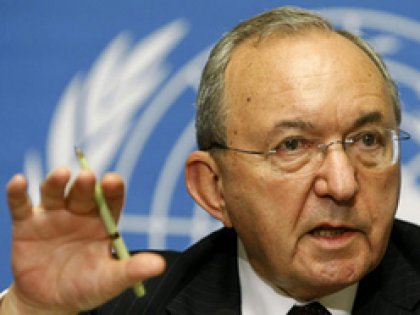