[CONFERENCE] Teaching Palestine: Pedagogical Praxis and the Indivisibility of Justice 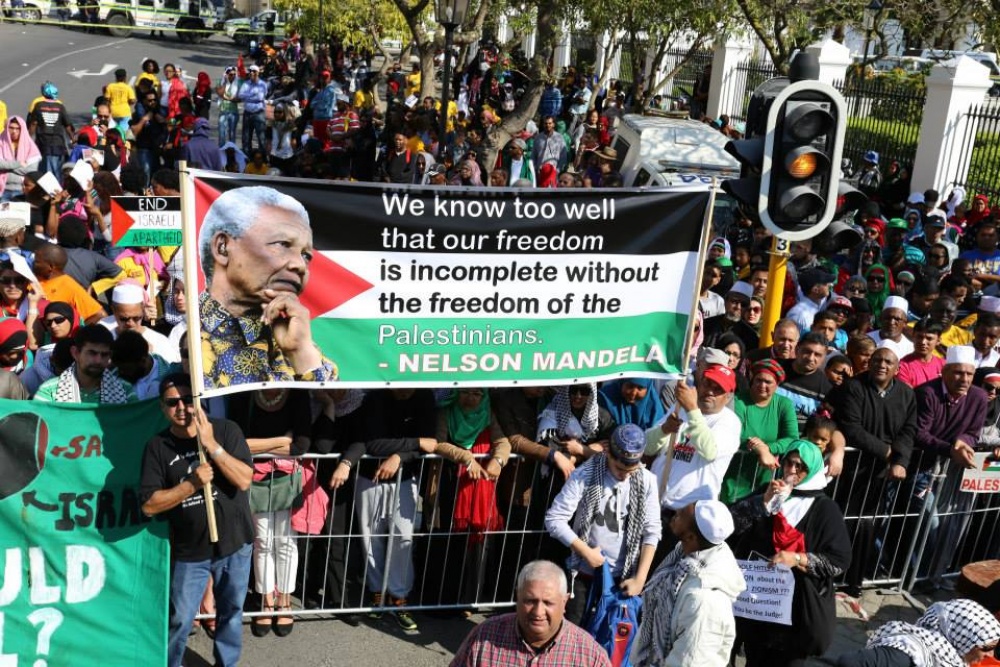 Published in Conferences
Tagged under

Teaching Palestine: Pedagogical Praxis and the Indivisibility of Justice

The South African anti-apartheid struggle was led by internal and external forms of resistance and struggle. A mix of social, political, economic, and cultural struggles involved movements of workers, students, religious organisations, political and community that culminated into what Neville Alexander, described as “the multi-faceted resistance focusing on curricula, language, culture and broadly, the national project”. In Palestine, anti-Zionist resistance has appropriately taken multiple shapes and forms in all geographies of dispossession, displacement and precarious existence. Against such brutal oppression Palestinians have been facing mutlit faceted expressions of (settler) colonial erasure and exhibit the sort of justice-centered knowledge production that is counter-hegeomonic and challenges every aspect of paternalist, authoritarian and colonial ideologies and policies in learning spaces globally and locally.

Campus activism has been widely documented in the Palestinian struggle against the Zionist project and in other contexts, including the last 50 years in Mexico, Senegal, Tunisia, France and the US. Especially prominent is the 1968 SFSU Student Strike led by the Black student Union (BSU) and the Third World Liberation Front (TWLF). The 50thanniversary of the Spirit of ’68 continues to inspire the Arab and Muslim Ethnicities and Diasporas Studies (AMED) Program. The resolute Palestinian students and faculty mentors who face Israeli colonial military and political brutality, killings, abductions and incarcerations are too familiar in South African history of oppression and resistance. In both situation, and other anti-colonial resistance, collective memories and oral history archives,  remind us of the oppressor’s goals of targeting education, erasing histories of struggle and the generations it produces. As a result,  decolonising  the curriculum has been a rallying call epistemologically, intellectually and politically within and outside campus grounds.. Iran, Cairo, Beirut, Tunisia, Algeria, Senegal, Pretoria, Soweto, Birzeit, Nablus, Gaza and Hebron has resonated with San Francisco, Oceanhill-Brownsville, Mississipi, Georgia and Havana. The call for the decolonisation of everything in the educational system through curricular innovation, pedagogical approaches,  the language we use and the questions we ask has been reflected  in the campus uprisings in the 1970s and 1980s and their re-invigoration the 2015 and 2016 Fees Must Fall movement in South Africa. This movement brought together the decolonizing mission of decolonizing the mind that Biko, Fanon, and others in the Palestinian, Vietnamese, Cuban, Indigenous and African movements for national liberation spoke and theorized about.  Holding the state accountable for what public education must be challenges the structures of power to live up to their claims and pronouncements. This has been evident in the Palestinian case and in the case of South Africa. This has been increasingly evident in the violent pressure applied by the United States and other international donor agencies, such as the World Bank, to impose revisions in Palestinian curriculum. The case of South Arica And public institutions in the global south in this respect is neither isolated nor coincidental.

While post-1994 South Africa stands as one of the most vocal African supporters of Palestinian resistance, especially when compared with pre 1994 and the strategic collaboration between Israel and the Apartheid regime, It is not surprising that insisting on justice-centered knowledge production  for/in Palestine an elsewhere in the world has been subjected to relentless Zionist campaigns including Christian-Zionist misinformation. These smear campaigns seek to disrupt activists, researchers, students who engage in the praxis of Palestine as justice-centered praxis,  nonetheless the power of justice-centered knowledge production and the necessity of decolonizing the curriculum  has marched forward and has clearly and unambiguously denormalized oppression and questioned the very premise of the corporate university in Palestine, South Africa as well as the in the United States. The broadening of no-business-as-usual labor and intellectual call for the Boycott, Disinvestment and Sanctions (BDS) movement has been evident at the Tshwane University of Technology which declared its refusal to cross the academic-justice-picket line in December 2017, declaring that it will not enter any partnerships with Israeli institutions until and unless Israel ends its illegal occupation of Palestinian lands. South African civil society, including labor, women and religious organisations, have also independently and collectively pressured the South African government to unapologetically support the Palestinian struggle and reclaim the legacy of the South African freedom struggle. Civil society organizations have called on the South African government to cut off diplomatic, economic and cultural ties with the Israeli state. The South African government has followed the anti-Apartheid mass movements in South Africa and refused the Israeli offensive to recolonize and normalize settler colonialism in the African continent. As a result South Africa has fended off Israeli attempts to  gain observer status in the African Union (AU).

It is against this backdrop of past and current principled struggles and pedagogies that  in South Africa and Palestine that we seek to historicise and contextualise the praxis of Palestine in a counter-hegemonic knowledge production. This Teaching Palestine: Pedagogical Praxis and the Indivisibility of Justice challenges the anti-Palestinian ideological (and colonial) tilt in South Africa. Initiated by the Arab and Muslim Ethnicities and Diasporas Studies (AMED), this is project is co-sponsored by the Afro-Middle East Centre (AMEC) and universities and research centres in Palestine, in the West Bank and Gaza, Jerusalem, the 1948 areas and in the Palestinian exilic Diasporas. . Teaching Palestine: Pedagogical Praxis and the Indivisibility of Justiceinternational conference and study tour will be convened in South Africa in March 2019.

The Teaching PalestineSouth African conference on March 18-19, 2019 will take place at two sponsoring universities (in Johannesburg and Pretoria) in a formal conference setting. Building on multi-site conversations inside and outside the academy, scholars, advocates and activists will weave theory and praxis in pedagogical intellectual and community imaginaries, teaching about justice-centred knowledge production on Palestine.

International participation is invited. Such participation must be historically contextualised and currently relevant to justice-centred knowledge production in ways that intentionally invoke and take into account opportunities and limitations of comparative analysis. We particularly seek participants from the global North and South with the understanding that the North exists in the South and vice-versa. This is aimed at challenging the boundaries of what teaching and learning mean, in settings including, but not limited to, scholarly associations, university classrooms, prisons, community centers, , formal and informal labour settings, social movements and activist’s contexts as well as informal teaching and learning spaces.

Interested participants are hereby invited to submit a 300 word abstract of individual presentations or 500 word proposals along with individual abstracts of pre-organised panels, roundtable (Other creative format is also welcomed)   no later than January 18, 2019. In addition, the submission must include a 250 word bio for each participant, including pre-organized panels, roundtables and/or other format. An international committee will review and approve proposals. Notification of accepted proposals will be made by January 31, 2019. Full papers must be received by March 1, 2019.

Please submit your proposal to co-coordinators of the Teaching Palestine South African project to:

To ensure reciprocity in intellectual/community exchange and to deepen the sense of solidarities, a select group of Teaching Palestineconference participants will spend five days of formal and informal interaction with communities, activists, religious leaders, worker’s, trade unions, students in townships and campuses in learning South Africa’s resistance and struggle culture. In the process, conference participants will visit geographies of South African anti-apartheid resistance.

For more information, please email This email address is being protected from spambots. You need JavaScript enabled to view it.

Last modified on Tuesday, 18 December 2018 15:42
Tweet
More in this category: Playground for foreign powers: MENA region as target for foreign intervention »
back to top